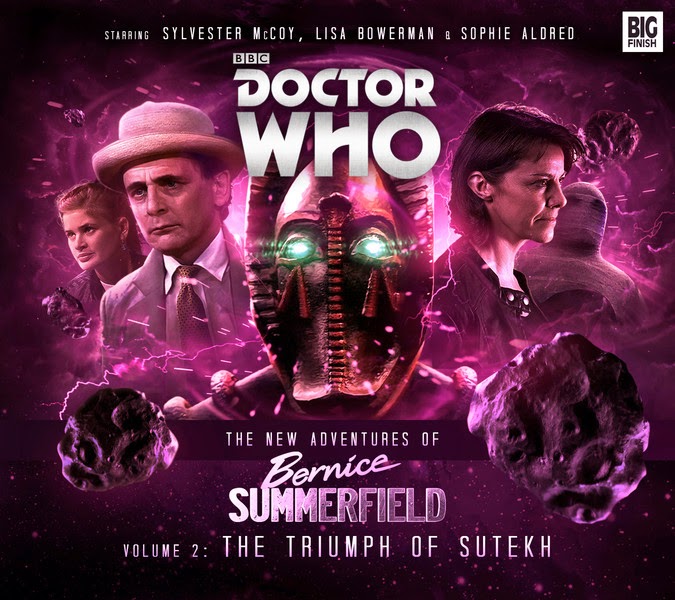 The second volume of Bernice Summerfield Adventures starring Lisa Bowermen will be released in June and like the first series it will be a 4 disc set and will costar Sophie Aldred as Ace and Sylvester McCoy as The Doctor.  This time it sees the return of Sutekh who was last seen in the Tom Baker story The Pyramid of Mars.  The synopsis for the adventure is below.

1) The Pyramid Of Sutekh

2) The Vaults Of Osiris

4) The Tears Of Isis

Russell Courtland prophesied the world would end on Tuesday. No-one was more suprised than he was when it did.

The New Adventures of Bernice Summerfield - Volume 2: The Triumph of Sutekh is out in June. Watch this space for trailers and further news!
Posted by DR5WHO at 2:00 AM