Doctor Who - Filming Begins on Series 9 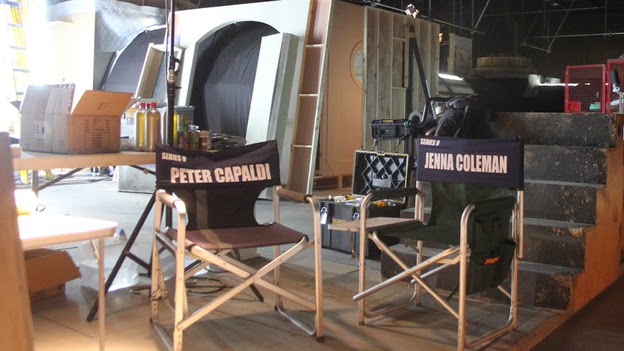 Filming has begun on Series 9 of Doctor Who and a few guest stars and a writer have been confirmed.  The double episode that will be filmed during the block are written by Toby Whitehouse who is the creator of Being Human and has also written for Doctor Who before.  Here is the official press release by the BBC Media Centre which has the list of guest stars that have been confirmed so far.

Filming has begun in Cardiff for series 9 of Doctor Who and includes a star-studded guest cast. The new series will be back on BBC One in autumn 2015.

Steven Moffat, lead writer and executive producer, says: “An amazing guest cast for a brilliantly creepy two-parter by Toby Whithouse. Peter Capaldi and Jenna Coleman are back in Cardiff, back in the box, and back in action - for one of our scariest adventures yet!”

On set filming for the new series, Peter Capaldi adds: “The adventures begin again for myself and Jenna and I’m delighted to be back filming my second series of Doctor Who.”

Paul Kaye, who played Thoros of Myr in the third series of Game of Thrones, joins the Doctor Who cast for the two-part episode. A comedian and actor, Paul is also well-known for being the voice of Vincent the fox on the puppet-based BBC comedy Mongrels.

Commenting on his role, Paul Kaye says: “As a kid of the 1970s, the two shows you always watched were Top of the Pops and Doctor Who, they were unmissable. I actually wrote a song called ‘Looking For Davros’ in my first punk band and I sang it like a demented Dalek. I got to present TOTP back in the mid 90s and landing this role in Doctor Who completes the dream double.

“Peter is a perfect Doctor and I’m loving every minute of the experience, even the five hours in make-up. What a treat, best 50th birthday present ever!”

Also starring in the episodes will be Morven Christie who recently played the role of Amanda in the crime drama Grantchester and featured in Death In Paradise (2014) and Twenty Twelve.

Arsher Ali, who played the part of Malik Suri in the critically acclaimed The Missing (BBC One) takes up a role in the guest cast alongside Colin McFarlane who appeared in Eastenders as part of the Who Killed Lucy Beale? storyline.

Recognised for her theatre and TV performances, actress Sophie Stone appears in the show for the first time. Sophie was the lead actress in the play Woman Of Flowers and has appeared in Midsummer Murders and Casualty.

Further guest cast for series 9 will be released over the coming months. Doctor Who is a BBC Cymru Wales production for BBC One.
Posted by DR5WHO at 4:12 PM

Email ThisBlogThis!Share to TwitterShare to FacebookShare to Pinterest
Labels: doctor who, Doctor Who Series 9, Series 9