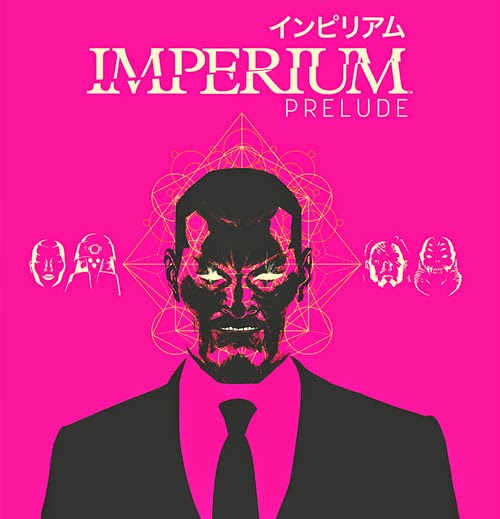 The VALIANT NEXT initiative is introducing its latest milestone ongoing series on February 4th in IMPERIUM #1 by New York Times best-selling writer Joshua Dysart (HARBINGER) and superstar artist Doug Braithwaite (ARMOR HUNTERS), and now Valiant is giving fans a chance to discover the next essential series of 2015 with the IMPERIUM: PRELUDE – an exclusive, never-before-seen prologue sequence by the ongoing creative team of Dysart & Braithwaite that will make its print debut in Valiant's February titles!

Bridging the gap between Valiant's hit series HARBINGER and Toyo Harada's rise in IMPERIUM #1, the spiritual successor to HARBINGER starts here with a fresh start for new readers in the IMPERIUM: PRELUDE! A psychic dictator, an inhuman robot, a mad scientist, a murderous alien, and a super-powered terrorist are about to try and take over the world…and you’re going to be rooting for them every step of the way.

Fully detachable and printed on high-grade cover stock, this exclusive prelude to one of the year's most highly anticipated new series will come bound into the following February titles from Valiant Entertainment – each of which will be clearly labeled with an IMPERIUM: PRELUDE cover banner:

"IMPERIUM is unlike every other book Valiant has ever published before, and this exclusive prelude story is a great chance to find out why," said Valiant CEO & Chief Creative Officer Dinesh Shamdasani. "Joshua and Doug are doing phenomenal work, and, together, they are about to unleash a politically charged series with global stakes and what are sure to be some of the most compelling characters anywhere in comics today."

Look for the IMPERIUM: PRELUDE in each of Valiant's February titles – except the prestige format releases DIVINITY #1 (of 4) and THE VALIANT #3 (of 4)!

Toyo Harada is the most dangerous human being on the planet. Imbued with incredible powers of the mind, he has spent his life guiding humanity from the shadows. But today he is a wanted man. His powers are public knowledge, his allies have turned to enemies, and he is hunted by every government on the planet. Instead of surrendering, Harada has one last unthinkable gambit to play: to achieve more, faster, and with less, he will build a coalition of the powerful, the unscrupulous and the insane. No longer content to demand a better future, he will recruit a violent legion from the darkest corners of the Earth to fight for it.

Plus: don't miss each exciting new series of VALIANT NEXT, beginning with THE VALIANT by all-star creators Jeff Lemire, Matt Kindt, and Paolo Rivera in December! Then, VALIANT NEXT continues with five blockbuster new series in 2015, starring Valiant’s biggest, most-demanded heroes alongside all-new, never-before-seen characters:

•   IVAR, TIMEWALKER #1 by Fred Van Lente and Clayton Henry in January
•   DIVINITY #1 (of 4) by Matt Kindt and Trevor Hairsine in February
•   IMPERIUM #1 by Joshua Dysart and Doug Braithwaite in February
•   NINJAK #1 by Matt Kindt, Clay Mann and Butch Guice in March
•   BLOODSHOT REBORN #1 by Jeff Lemire and Mico Suayan in April 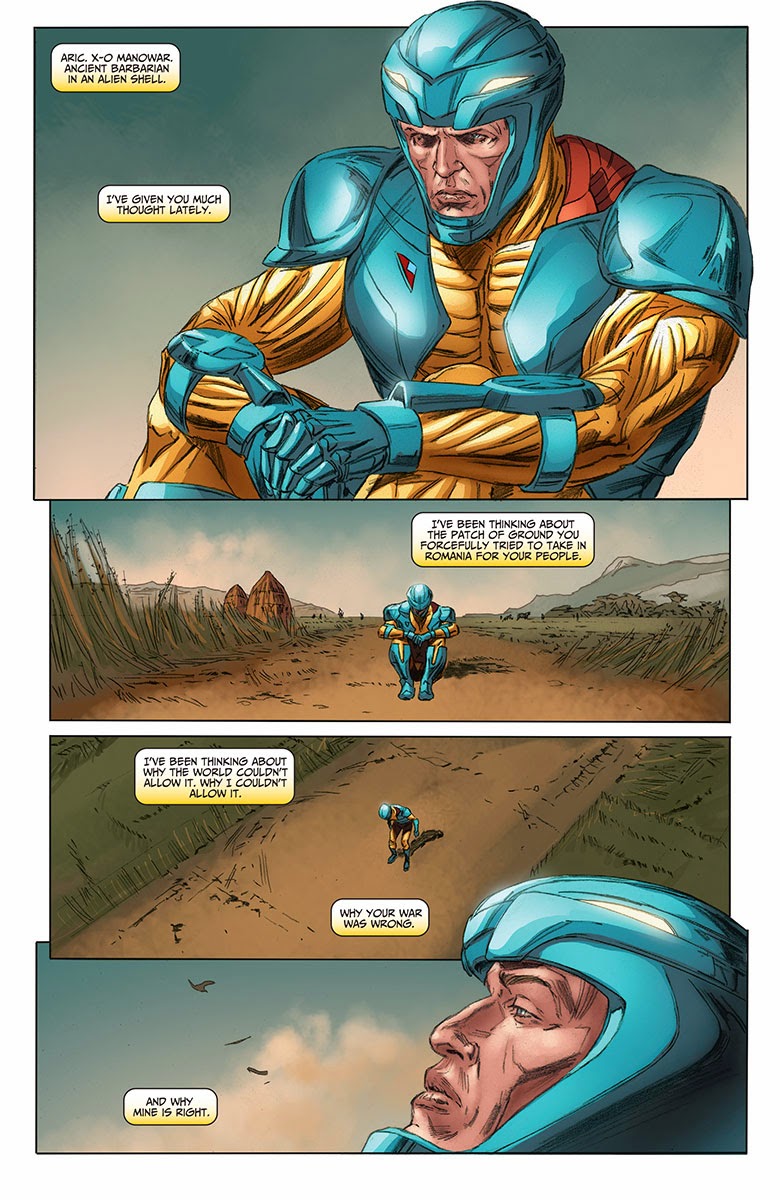