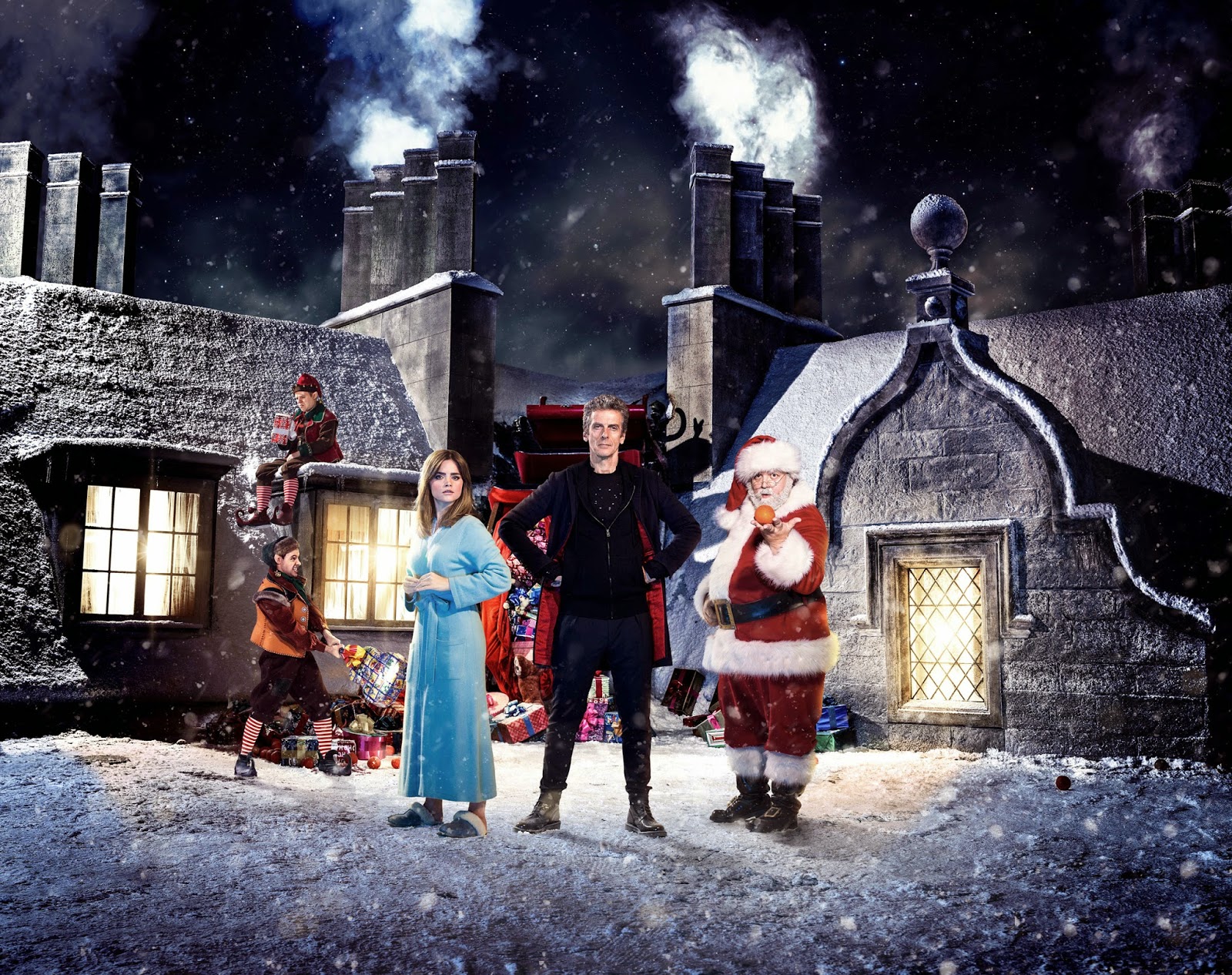 Peter Capaldi’s first season saw the Doctor coming face-to-face with Missy, AKA The Master, and teaming up with Santa in the scary festive special

New York – January 5, 2015 – BBC AMERICA’s Doctor Who finishes the year with its highest rated season ever on BBC AMERICA, plus the annual Christmas Special delivered over 2.3 million Total Viewers and was the #1 non-sports telecast in all of cable during the time period among Adults 25-54 in Live+3.

Peter Capaldi, Jenna Coleman and guest star Nick Frost (The World’s End, Shaun of the Dead) strapped in for a dangerous sleigh ride through space and time in Doctor Who: Last Christmas, written by Steven Moffat and directed by Paul Wilmshurst.

The Christmas Day special (9:00pm-10:25pm) delivered 2.312 million Total Viewers and 1.304 million A25-54 in Live+3. The special totaled 2.616 million Total Viewers in Live+3 – combining the 9:00pm premiere with the 11:45pm and 2:30am replays. The Twelfth Doctor’s first Christmas special more than doubled the viewership of the Eleventh Doctor’s first Christmas special, A Christmas Carol in 2010. BBC AMERICA was the #1 network on Twitter and Tumblr and Doctor Who: Last Christmas was the #1 show on both platforms in all of television in Primetime (excluding sports) on December 25. Doctor Who is pacing as one of Twitter’s top 10 most-tweeted original dramas in all of cable for 2014.

Doctor Who: Last Christmas arrives on Blu-ray and DVD on February 17, 2015 and Doctor Who: The Complete Eighth Series is available now.

Looking ahead in 2015, Doctor Who returns with a full season starring Peter Capaldi and Jenna Coleman on BBC AMERICA along with new seasons of Orphan Black, Broadchurch, The Musketeers, Ripper Street and new dramas Jonathan Strange & Mr Norrell, London Spy and Tatau.