2015 is going to be a huge year for the big screen.  There is going to be lots of Sci-Fi and Fantasy to experience and my list no doubt will resemble most other people’s lists but I also have tried to include some of the lesser known releases.

There are some obvious and not so obvious things on my list so lets start with an obvious one.

The Avengers – Age of Ultron (May 1) – to say that this is a big film for Marvel is also obvious and this film has a good change to be the number one film of the year.  Marvel is still on their roll and The Avengers owned the box office in 2012.  Marvel’s previous 2 outings, Captain America – Winter Soldier and Guardians of the Galaxy also rocked the box office.  There is nothing to say the next Avengers film won’t do the same but if the film is too depressing or dark then word of mouth may limit the films staying power. The novelty of getting a bunch of heroes together is not as big of a deal and so perhaps this film may not do as well as thought.  Yea, right!

This is one of the highlights for 2015 for me, obviously but I hope it doesn’t fall into that sequel trap of trying to re-capture the magic of the first by being too similar or trying to re-invent itself by being too different.  I am especially interested in how the new characters mix with the old and what progression will be made toward the next phase of the Marvel universe.   I loved the chemistry among the Avengers and want to see more of this badly!

Mad Max – Fury Road (May 15) – Oh good, a non sequel in my list.  Good.  Well, it is a remake so….  This film looks absolutely spectacular.  The visuals blow away anything else we have seen for 2015 but is the story going to be any good.  It will be hard to watch a Mad Max film without Mel Gibson but with original producer George Miller at the helm, I am not nearly as worried.
I am worried that the film won’t do that well because it is a remake and because Gibson is not in it but the fact that it comes out shortly after The Avengers – Fury Road doesn’t help it’s cause.  I would not be surprised if this film is my top film of the year, that is how high my expectations are for this.

Marvel’s Ant Man (July 17)  is Marvel’s most important movie of the year.  We all know The Avengers is going to do well but Ant-Man is the film that could set the stage for the future of the franchise.  Marvel took a gamble with Guardians of the Galaxy and won big time but Ant-Man is the first new hero stand alone film since Captain America – First Avenger.  If this film does well then it bodes well for all the upcoming Marvel films like Doctor Strange and Captain Marvel.  The film feels different than all the rest of the Marvel films as it does not seem to have that many connections to the rest of the franchise.  Production problems may also loom over the film’s box office.  We have not seen enough to really be jazzed about the film but Marvel has yet to have a mis-step lately.

Star Wars – The Force Awakens (December 18) – Have to say that this is the most anticipated film of the year and certainly one that should make the most money (coming out late in 2015 means it will make most of its money in 2016 but you get the point).  The film will dominate no matter what.  Will it be any good?  The expectations of Episode one were huge and it was a massive let down.  I can’t imagine that would happen again.  Let’s hope Disney treats the franchise as well as Lucas did with the original trilogy.  We have all been waiting to see more of Luke, Leia and Han and really didn’t care that much about what happened before  A New Hope to be truthful so I think expectations will be higher and anticipation higher.

Tomorrowland (May 22) – a shot in the dark with this one.  I have high hopes that this will be good and feel like this ‘original’ film might fit in perfectly with a year of sequels and remakes.

Chappie (March 6) – Neill Blompkamp is back with a movie about a robot struggling with humanity.  I like Blompkamp’s realism in his films like District 9 and Elysium and will make room to see this film for sure.


Ex_Machina (April 10) – I have always stated that I rarely see a film (or not see a film) based on who is appearing in said film but that is not true for directors and producers and writers.  Alex Garland (28 Days Later, Sunshine) looks to give us a sci-fi film with more intellect and less wild explosions all over the place.  It may be interesting to compare Ex-Machina with Chappie!

Kingsman (February 13) Loved Kick-Ass and this looks like a spy movie version of Kick-Ass and so I am all in.


The Martian (November 25) – A man is stranded on Mars.  I love realistic type sci-fi and this looks great.  I read the book and loved it.  Oh, yea, Ridley Scott is directing. Of course I am there! 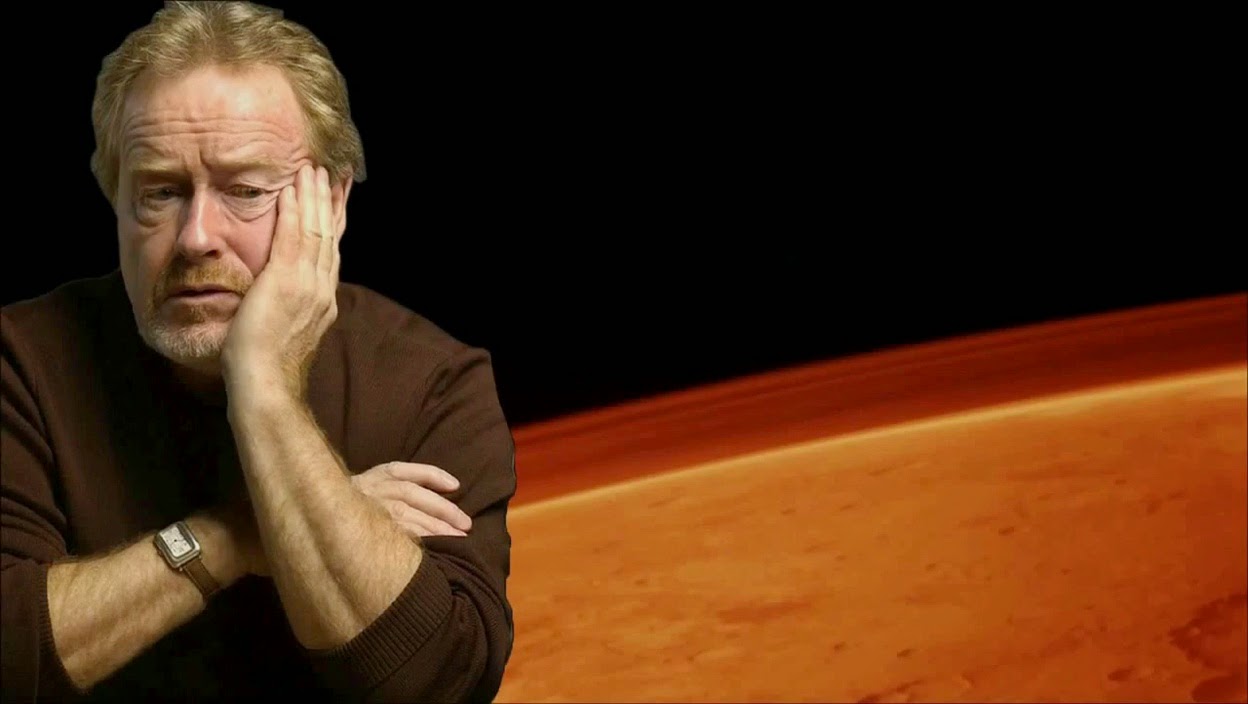 I would say that there are a lot of films coming out in 2015 that I would be excited to see, if they came out 10+ years ago.  My interest in them has waned and while I am eager to see more footage from them, they did not make my list.  Terminator- Genisys is probably the one I am looking forward to the most as its trailer has gotten my attention.  Jurassic World I have virtually no interest in. James Bond is always of interest with me but I had major problems with the last movie.  I like that Spectre is coming back to the franchise and so eagerly await a trailer.

There are also a number of other genre films coming out that might be a surprise if I can catch them.

Alien Outpost – POV about an alien battle on Earth
Minions – Can’t go wrong with them but can they be the center of the entire movie?
Poltergeist – We shall see.
The Man From Uncle – We shall see.
Inside Out  - Pixar
The Good Dinosaur – another Pixar
Mission Impossible 5 – they have been getting better and better.
The Visit – M. Night Shyamalan will eventually return to form, won’t he?
Fantastic Four – I might go see this to see how bad it is.