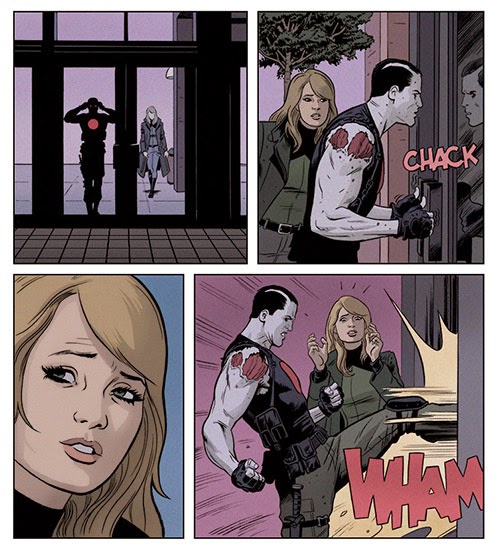 Valiant is proud to present an advance preview of THE VALIANT #3 (of 4) – the next colossal chapter of the VALIANT NEXT comic book event ten thousand years in the making by New York Times best-selling writers Jeff Lemire (BLOODSHOT REBORN, Green Arrow), Matt Kindt (RAI, Mind MGMT), and Eisner Award winning artist Paolo Rivera (Daredevil). On February 18th, the Eternal Warrior, Ninjak, and Geomancer come together to face down their worst nightmare in the Immortal Enemy, but even with the indestructible fury of Bloodshot to aid them...it won't be enough!

As the world teeters on the brink of a new Dark Age, each of Valiant’s most formidable heroes is going to find themselves recruited into the millennia-old battle for the fate of all mankind! X-O Manowar! Archer & Armstrong! The Harbinger Renegades! Doctor Mirage! H.A.R.D. Corps! And many more! Together, can they help Eternal Warrior succeed where he has failed so many times before? And, as the battle rages, might civilization’s best hope against the darkness lie in the unlikeliest of romances...?

Plus: don't miss THE VALIANT #1 (of 4) SECOND PRINTING and THE VALIANT #2 (of 4) – in stores January 21st! Start reading here to out why fans and critics are heralding THE VALIANT by superstar creato rs Jeff Lemire, Matt Kindt, and Paolo Rivera as the ultimate jumping-on point for readers new to Valiant’s award-winning publishing line!

"An event book with a beating heart… A near-perfect introduction to an ascending cosmos, and more importantly, a damn fine comic." – Paste Magazine

"Kindt, Lemire, and Rivera are creating a must read comic together... The Valiant #1 is a striking introduction filled with action, humor, and some of the best storytelling in superhero comics. If you’re not reading Valiant comics, this is the place to start."– ComicBook.com

"If you're looking for a gateway into Valiant's growing comic book universe, you'll be hard-pressed to do better than The Valiant… [It's] one of the most visually stunning comics on the stands." – IGN

"[The Valiant] has the potential to become a true superhero epic." – The Onion/A.V. Club
& nbsp;
"A very exciting start. Curious about Valiant? Go pick this up and see why so many of us have fallen in love with this universe." – Comic Vine

An all-new wave of ongoing series and prestige format projects from some of the premier creative talents in comics today, VALIANT NEXT continues with five blockbuster new series in 2015:
IVAR, TIMEWALKER #1 by Fred Van Lente and Clayton Henry in January
DIVINITY #1 (of 4) by Matt Kindt and Trevor Hairsine in February
IMPERIUM #1 by Joshua Dysart and Doug Braithwaite in February
NINJAK #1 by Matt Kindt, Clay Mann, and Butch Guice in March
BLOODSHOT REBORN #1 by Jeff Lemire and Mico Suayan in April
Featuring an exciting selection of new series starring Valiant’s biggest, most-d emanded heroes alongside all-new, never before seen characters, VALIANT NEXT is the NEXT epic evolution of Valiant’s best-selling, fan-favorite publishing line. 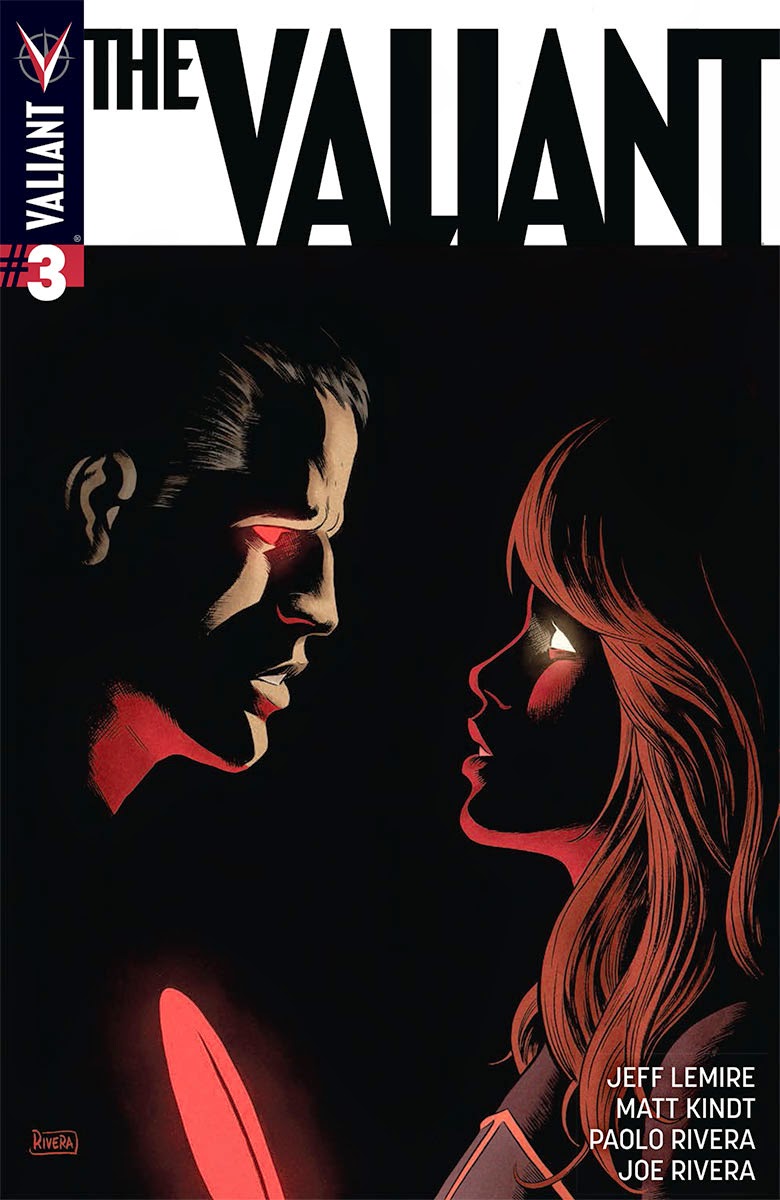