Explore the mythology of the Dreamstone in FIVE GHOSTS: SPECIAL #1‏ 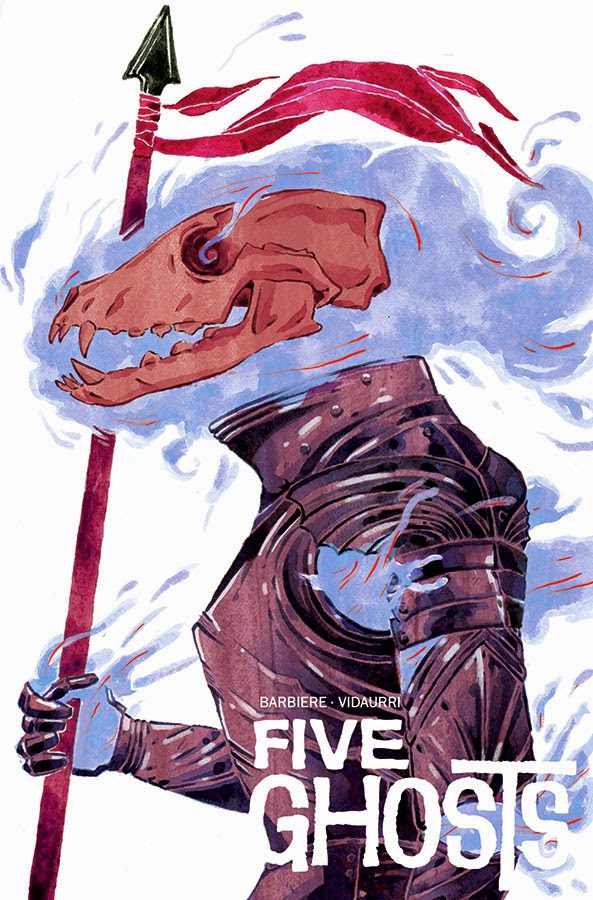 “I’ m very excited to present readers with a deeper look at the mythology of Five Ghosts,” said Barbiere. “We’ve spent a lot of time building this world and it’s an amazing opportunity to see just how far back our story goes. S.M. Vidaurri has graced many of our covers with his wonderful art and it’s truly our honor to have him painting a full length story. S.M is a fantastic talent and has put together a great story that will resonate with Five Ghosts fans old and new.”

FIVE GHOSTS is a monthly comic book series from Image Comics that follows t he adventures of infamous treasure hunter Fabian Gray, who after his encounter with an artifact known as “the Dreamstone” was possessed by five literary ghosts and granted access to their unique abilities. SyFy is currently adapting the series for television with a pilot scripted by Evan Daugherty (Ninja Turtles, Divergent, Snow White and the Huntsman). Daughtery is also attached to executive produce along with Matt Pizzolo and Brett Gurewitz of Black Mask Studios and Chris Bender, Jake Weiner, and Jake Wagner serving as producer for Universal Cable Prods. and Benderspink.