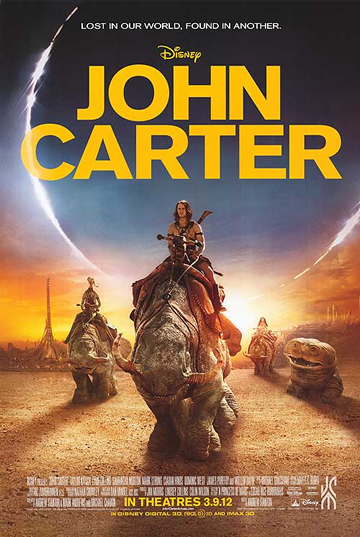 A Review of the movie John Carter by Marie Parsons (@mantoniap)


John Carter is a happy entertainment, and I recommend it. Set aside thoughts of the Burroughs novel upon which the movie is adapted, and just enjoy the movie.


I was predisposed not to like the movie, I confess. Edgar Rice Burroughs was one of my three favorite SF authors, growing up. I read all the Barsoom books, more than once, and recently re-read A Princess of Mars. I had visualized the characters in certain ways, I loved the flow of the story, and I wanted the movie to be true to the novel. 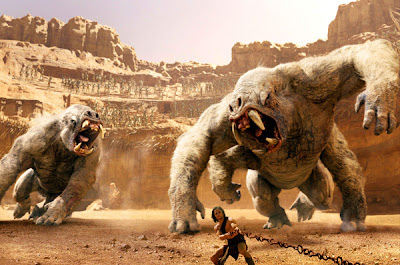 Instead, they differed. But the differences improved the movie, I think. John Carter is not a great movie, make no mistake, but it does not claim to be, nor does it have to be.  It is entertaining and romantic. The initially jaded, heartsick hero, falls for the princess, and wins her heart and her hand. The movie also offers subtle messages for the 21st century audience.  Protect the environment, and join together toward the larger collective goal, rather than splinter apart and fight over petty self-interests. 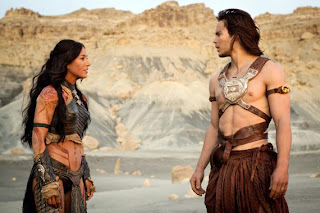 So where are these differences that improve the tale? First, let’s get the effects out of the way. The movie presents a scope and vista that happen best in CGI on film. That grand scale has admittedly been used before and many times—but it can still be possible to be awed by an oncoming horde of green tusked aliens racing toward their prey across a vast red desert. I oohed and aahed a bit—and I haven’t done that much since I saw the massive naval fleet in the movie Troy (and before that it was the Lord of the Rings series trilogy). 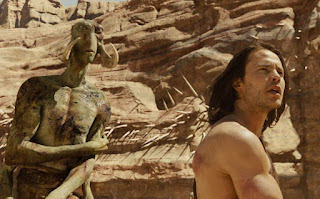 Now then—the differences made the movie work. The hero has more backstory in the movie. Contrary to the novel, John is grieving over who he lost during the American Civil War. That loss has left him, at least for much of the movie, with no desire for any new human connections, even after meeting the beautiful Dejah, and even after he learns she is a princess. The princess is no simple beauty intended as the hero’s ultimate trophy. In the movie, Dejah wields a mean sword, and better still, is a scientist, with knowledge of machines and technology.  In the movie, Carter is transported from Earth to Barsoom by means a bit more “scientific” than in the novel—and that method is also woven nicely into the adapted plotline.  Also, look for Ciaran Hinds and James Purefoy, together again after the Rome series on HBO. There are a few other highlights in John Carter—but those might be spoilers and, honestly, I really hope you give the movie a try at some point.


Look, it’s Edgar Rice Burroughs. It’s classic SF from the Golden Age. We don’t get a lot of these coming out of studios.  Maybe we should.