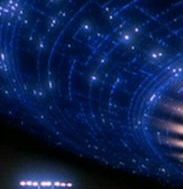 When people think of Sci-Fi, many will probably think of Steven Speilberg as being a huge contributor to the genre. That may be true, but not on this list. You will see only one movie from him here. Sure, he was involved in many excellent Sci-Fi movies like A.I, Jurassic Park and Minority Report and shows up as Executive Producer for Back To The Future, but in my mind there is one film that is the definitive Speilberg Sci-Fi film and NO, it is not E.T. 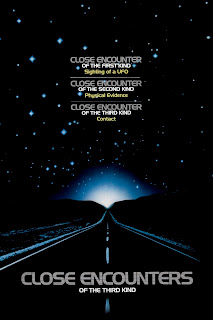 Roy Neary sets out to investigate a power outage when his truck stalls and he is bathed in light from above. After this, strange visions and five musical notes keep running through his mind. Will he find the meaning of the visions, and who - or what - placed them in his mind?Written by Colin Tinto <cst@imdb.com> 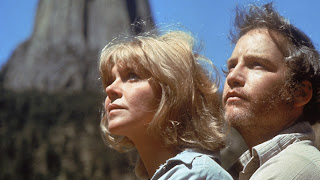 The Speilberg magic that J.J. Abrams attempted to emulate in his 2011 film, Super 8, is that sort of magic that is related to a film that came out during your childhood that you could relate to. It was realistic, almost documentary like. You feel you are watching real life, except there are aliens. The realism takes off further into the movie and your mouth begins to open in amazement. Your eyes are wide and that open mouth starts to turn into a smile. Perhaps a tear or two fall as you experience the heartwarming triumph and realization that you have just experienced a movie that you will love for the rest of your life. 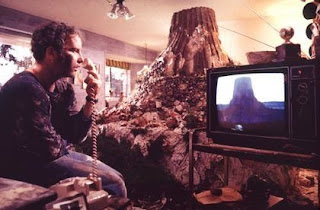 E.T.? uh, no. Sorry, I am talking about E.T.’s older and better brother, Close Encounters of the Third Kind. “OUCH!” Sorry E.T. you better phone for a ride home because I am more interested in Roy Neary (Richard Dreyfuss) and his encounters with the unknown. From the start we see his futile struggle to try to understand what he is experiencing. He learns to accept his vision that pushes him to build a mountain in his living room and ultimately to travel to Devil’s Tower. There, others struggle to understand why they were chosen to follow this path. 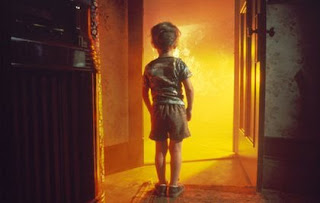 Along for the ride is Jillian (Melinda Dillon) who is forced into this quest to find her son, who was taken by something in the night. Her emotional investment pushes her into a chance re-union with Neary. Others are left in the dust as Neary’s wife and kids struggle with the believe that Roy has gone crazy.

We, the audience know something is going on. Planes and boats missing from way back in time are found in the desert. Strange sounds and sightings are getting the attention of the government. A secret plan is in the works, one that ultimately cannot compete with the mysterious plan by the visitors. We see determination and love beat out science. 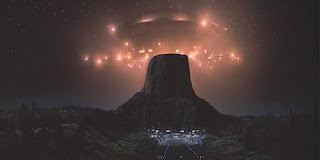 In the end we see first contact with an uplifting and exciting ending rivaling any other ending.

Close Encounters of the Third Kind is fun, exciting, scary and realistic and remains with me as one of my favorite Sci-Fi movies of all time.

Beyond the performances, the special effects sell the idea easily. We know they are effects but “How did they do that?” You then put in a absurdly excellent soundtrack by John Williams and perfect direction and you know why the film is so great and shake your head when you realize that it only won 2 of its nine Oscar nominations. Of course some of those losses came at the hands of Star Wars. Still, why a director or picture nomination would not yield a winner between these two films is unbelievable and shows how ignorant and stuffy Hollywood voters were back then. 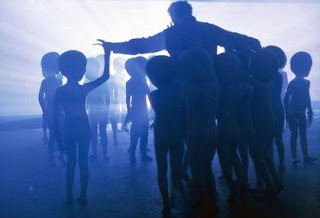 Close Encounters of the Third Kind is a little bit of a horror film, mixed in with action, comedy and sci-fi. It is certainly movie that appeals to the masses and has the right formula for success and excellence.