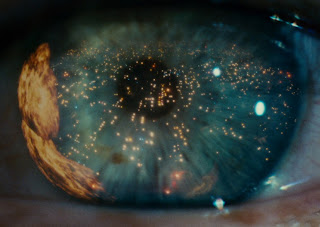 From the very beginning of this series way back in January I mentioned that one element that I hold as a high standard for film is the visuals. The story must also hold water but the visuals can make or break a movie. They can also take a movie that extra step from being a great movie to a superb one. Films like Metropolis, Forbidden Planet, Star Wars and Close Encounters of the Third Kind are examples of this type of criteria. Visuals doesn’t mean just special effects. It is the entire composite which includes camera shot, colors, movement and so on. It is the visuals telling the story. Sci-Fi often relies on visuals to sell an idea. You may not believe in flying saucers but after seeing Close Encounters of the Third Kind, at minimum you now know what they may look like if they existed.

Visuals are also very important in the tone of the film. How it is shot and what the final image looks like is part of the blueprint of the film structure. Star Wars had a visual style with a very straight forward feel. Quick edits and throwback transitions helps set an “Exciting Days of Yesterday” and nostalgic old school feel. Couple that with stereotypical and yet re-imagined stunts and scenes and you have a classic adventure tale.

On the other hand, you take dark imagery along with slow sweeping and gloomy shots and you have a different type of movie. That is where we go today. 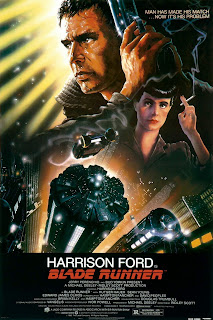 A perfect storm is where numerous events happen at the same time that translate into something immensely more powerful than the sum of their parts. Films often will be comprised of many elements that create an excellent final product. When virtually everything comes together in the film making process and everything falls into place with timing of release, promotion and so on. And when the viewer is in the right frame of mind and ready to experience this type of film, the result can be perfection.

IMDB Story Summary - In a cyberpunk vision of the future, man has developed the technology to create replicants, human clones used to serve in the colonies outside Earth but with fixed lifespans. In Los Angeles, 2019, Deckard is a Blade Runner, a cop who specialises in terminating replicants. Originally in retirement, he is forced to re-enter the force when six replicants escape from an offworld colony to Earth. Written by Graeme Roy <gsr@cbmamiga.demon.co.uk>

Blade Runner is a film that I liked a lot. I saw it in the theater and then later on cable. I did get a copy of it on VHS tape and over the years watched it often. As time went on I found the film more enjoyable and never got tired of it. It suddenly occurred to me that this film was one of my favorites of all time. I would view it not as just another film, but as a piece of art and found no flaws. I heard criticisms and watched different versions and while I understand these, my love for the film grew. 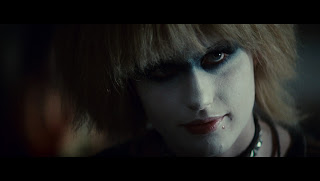 What makes this film a perfect storm for me? The main elements start with the visuals. The opening sequence is almost enough alone. It sets the mood of the film and usually envelops me into the film itself for the next 2 hours. I am part of that world from that point on.

The music in the film is by Vangelis and is outstanding. I have made fun of the music in the past that if I listened to the soundtrack of Blade Runner that it would put me asleep. There is a truth to this as the film can at times lull me into a comfortable, soothing mood and yet the film is anything but soothing. Some good argue the mood is too low, as low as the light in the sets of the film. This tone is not for everyone. What a contrast to a film like Star Wars with bright light and punchy music. 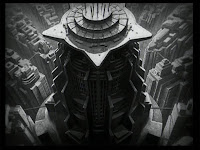 The film noir style is another appeal for me. The look of this dystopian future society is taken directly from Metropolis for sure and one could argue that Blade Runner even takes place in the same world as that classic silent film. Certainly the homages are there. One looks at a world created by a film crew and everything seems so real. It is ironic that Blade Runner was nominated for a set design Oscar and lost out to Gandhi (BTW - how difficult is it to put a chair in the middle of a room?). No, instead these production crew members created a new world and were not rewarded for it. Also the effects for Blade Runner did not win an Oscar. WHAT????? Are you kidding me? Yes, instead E.T. and its animatronic alien won the Oscar. You compare the movies today and see whose effects stand up to the test of time. No contest. 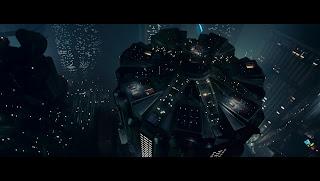 The cast is perfect with Harrison Ford and Rutger Hauer delivering outstanding performances. The contrast between the somber, humorless human , Rick Deckard (Ford) and the vibrant, emotional replicant, Roy Batty (Hauer) is ironic as questions of who is human and what is it to be human are asked. Doubting his humanity, Deckard must deal with this morality of the life of the replicant. He is falling in love with one while all this time his job was to kill the rogue ‘skinjobs’.

One can see that Deckard is not your typical Harrison Ford part. He is not heroic and charismatic. Deckard is flawed and unsure of himself. Ultimately he is defeated but spared by the more human Batty.

Some of the most important questions for the film are left unanswered and yet the director’s versions go further in supporting theories of Deckard’s heritage. Is he a replicant? I personally feel that the director’s cut does have some interesting ideas but ultimately it is the theatrical version that is on my list. I do admit the cop out ‘happy’ ending is a let down and was there because of Hollywood’s need to have something positive in a very negative film.

I don’t mind ambiguity in films and if a film can smartly present a conflict and give the viewers enough info to think about it, then it does not have to answer it (depending on the film). This film certainly has a lot to discuss with all of its levels of complexity in meaning.

Much of the credit of this film goes toward Ridley Scott who has populated many of my personal top movie lists with his movies over the years. Two of my top 5 Sci-Fi movies are his creation and this makes me very interested in his work on Prometheus and any future Blade Runner projects he might take part in.  This film is one of the most beautiful pieces of artwork in cinema history.

While this film is my second favorite Sci-Fi movie of all time, it is a close second to my favorite which we will look at next time. 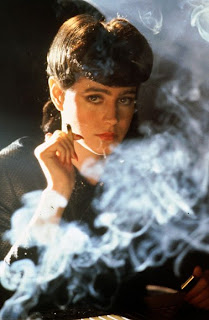 
Opening minutes of the movie in HD
http://www.youtube.com/watch?v=4n298WTxjPc