New Companion to Debut At Christmas and 6 Stories For 2012 Plus The Weeping Angels Return!!!!! 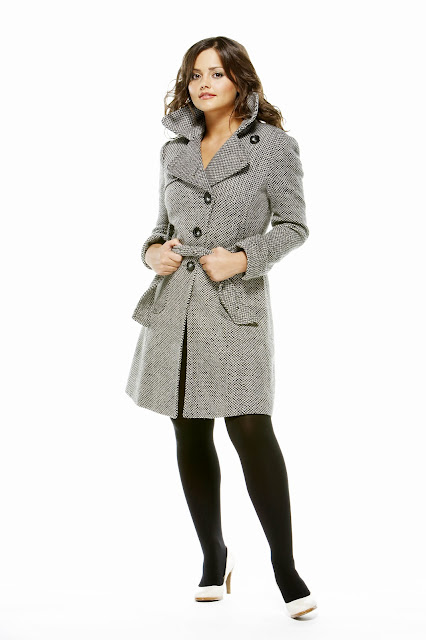 Announced on Twitter a few moments after the new companion announcement it has been revealed that Jenna-Louise Coleman will make her first appearance in this years Christmas Special.  Also reported that there will be 6 stories this year which includes the Christmas Special and 8 stories in 2013 thus completing Series 7.  Plus Amy and Rory will make their departure in episode 5 of series 7. Says Steven Moffat


"Amy & Rory will leave in a final encounter with the Weeping Angels in ep 5. Not everyone gets out alive and I mean it this time"

No news about the 50th anniversary was released today but what news we did get should make twitter and newsboards alight with a blaze of a sun for sure.  Exciting day for Dr Who fans.
Posted by DR5WHO at 7:06 AM

Email ThisBlogThis!Share to TwitterShare to FacebookShare to Pinterest
Labels: doctor who, doctor who new companion, Doctor Who Series 7, new companion