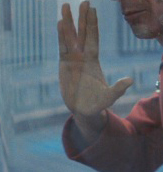 I have mentioned before that most of the movies on my list are safe bets for this type of list. The biggest controversy I expect are my omissions. I have already mentioned that The Day The Earth Stood Still and War of the Worlds are two I have left off for one reason or another. There are so many others that I just couldn't find room for.

One movie in particular was a film I had not seen until the start of this year. It was the film that I had to see before I started this list because I heard so many good things about it. The original Solaris is certainly an ambitious film and attempts to be the Russian version of 2001: A Space Odyssey but boy, is it boring. I know people also call 2001 boring but the differences include the fact that 2001 is a visual delight and Solaris isn't. Rather than berate a film that I thought was just okay and not great let me go on with the next film on my list. Oh, and by the way, the following film is the only Star Trek film on my list– talk about controversy. We finally break into my top ten with.... 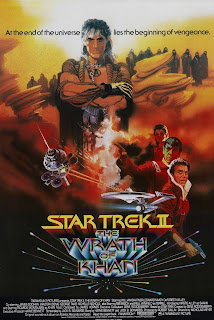 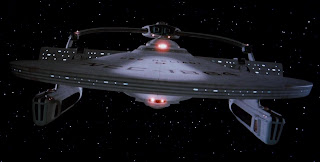 Some who know me may remember that I have picked on this film of late. The reason for that was this film is considered by many Star Trek and Sci-Fi fans to be the best Star Trek film. Asking my younger self as I watched this film for the 20th time on cable I would probably have agreed with you. Today I believe it has all the elements of an excellent film and I played around with the idea of dropping it further down the list or, heaven forbid, drop it completely. I have also found a great fondness for the Star Trek 'reboot' of 2009 and an unpopular likeness for The Motion Picture of late. I found that Star Trek: Wrath of Khan to not be so much better than the other films. Sure, Scotty bumps his head and gets knocked out in Star Trek 6 but in Wrath of Khan he gets lost and bring his dying nephew up to the Bridge, delaying his badly needed medical care in sick bay and ultimately killing him but who cares about details. 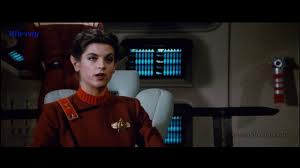 IMDB Story Summary -It is the twenty-third century. Admiral James T. Kirk is feeling old; the prospect of accompanying his old ship the Enterprise--now a Starfleet Academy training ship--on a two-week cadet cruise is not making him feel any younger. But the training cruise becomes a deadly serious mission when Khan appears after years of exile--and holding the power of creation itself. Written by Gregory A. Sheets <m-sheets2@onu.edu> 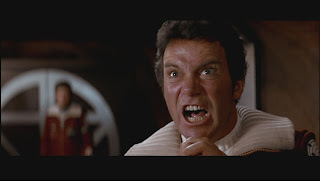 No, I find that Star Trek: The Wrath of Khan to be another film that I was over exposed to. When deciding the films fate on my list I accounted for my love of the film during it run on cable in the 80's and how mush influence it had. I also remember being severely disappointed in Star Trek 3 which came nowhere near the magic of Wrath of Khan. The idea that we had a ship vs ship, captain vs captain type battle harkens back to one of the best Star Trek series episodes, Balance of Terror. The performances and action in Wrath of Khan are a great contrast to Motion Picture's slow pace and stilted performances. 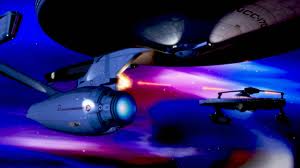 I can't say enough about James Horner who caps off the film with an outstanding soundtrack. The music amps up the whole shebang and really helps put Wrath of Khan in a league of its own. 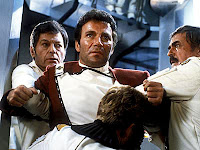 Some may argue that Star Trek 4 is a better film but the lighter tone of that film is not as well liked by this fan as this film's tension and emotional conclusion. Speaking of which, the death of Spock was moving and while I am fine with his return in the next movie, it did diminish the impact of Wrath of Khan.

The film's praise may also be artificially inflated due to Motion Picture's tone. This happens often with films like Star Wars: Attack of the Clones in which the film is like so much because it was so much better than it predecessor. With all that said, Star Trek – The Wrath of Khan manages to bring life from lifelessness and puts the franchise on the right track for years to come. The perfect storm of an excellent bad guy played by Ricardo Montalban, superb action, well defined characters and a shocking and touching ending really propels this into my top 10. The entire cast excels, even Shatner who, while OT at times, sold the part.  Say what you like about Kirstie Alley but she was perfect as Saavik.  It has been many years since I have seen this film but it will forever be one of my favorites, no matter how often I rip into it.

This is one of the best movie trailers of all time!!

A reminder on how good the acting was by Ricardo Montalban and of course Shatner as well...