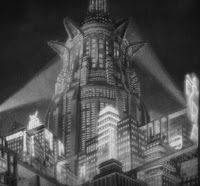 One of the common themes for Sci-fi films is to present a commentary of society today. Writers and producers can make statements about problems and issues of the day but in creative ways that at times, can be disguised in a fantastic world. The following film is one of the more obvious examples of this commentary. It is also probably one of the most influential films on this list for its imagery and themes. The fact that the film was made in 1927 and was silent speaks volumes in how superb it is. Couple that with the fact that the film gained appreciation in years later shows the staying power and the importance the film conveys.

Of all the films on this list, this is the one I have seen the least amount of times. I saw it once on home video, once in the theaters in the form of the 1987 pop music version and finally once just recently on blu ray. Each version I saw was different and yet, the themes are all there. 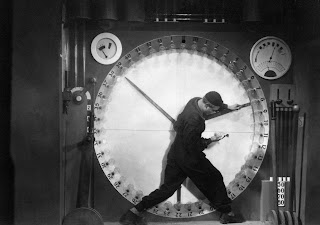 IMDB Story Summary - Sometime in the future, the city of Metropolis is home to a Utopian society where its wealthy residents live a carefree life. One of those is Freder Fredersen. One day, he spots a beautiful woman with a group of children, she and the children who quickly disappear. Trying to follow her, he, oblivious to such, is horrified to find an underground world of workers, apparently who run the machinery which keeps the above ground Utopian world functioning. One of the few people above ground who knows about the world below is Freder's father, Joh Fredersen, who is the founder and master of Metropolis. Freder learns that the woman is Maria, who espouses the need to join the "hands" - the workers - to the "head" - those in power above - by a mediator or the "heart". Freder wants to help the plight of the workers in the want for a better life. But when Joh learns of what Maria is espousing and that Freder is joining their cause... Written by Huggo 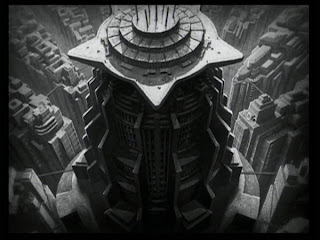 I still can't get over how great the sets and effects are. How can one look at a 1927 film and think the effects are any good? Well, this film manages to do this just fine. The giant sets and the design of the film are incredible. Not only does the film anticipate some of the real future but it touches upon issues that will plague the world until present day. 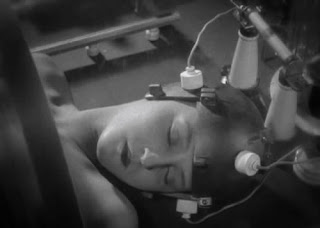 The class struggle theme was more of an issue than it is today and yet how can one not see that the class differences are still prevalent, just altered. The ojectivization of people, whether it be the workers or women is also examined to an extent. Technology is essential and yet is dehumanizing everyone – a theme as powerful as it was during the industrial revolution. Communication between the worker class and management is also dealt with. 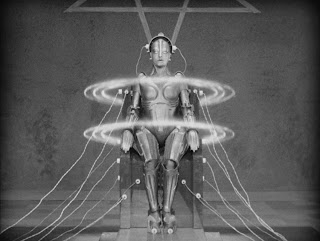 Director Fritz Lang puts the futuristic spin on these present day problems and addresses them with answers and outcomes, teaching us where we may be heading and what to do to make things better.

Doing all this with a silent film relies on imagery and performances. The acting can be considered the usual silent film over the top work and yet it did well to push home the points needed.

The film has a fair amount of action and drama. The editing and pacing of the film is perfect. One can't marvel enough at this film and what it does and meant to film history. When I first saw the film I just thought it was an early movie that would have laughable effects and primitive ideas. That was not the case and it easily ranks on most best Sci-Fi movie lists. 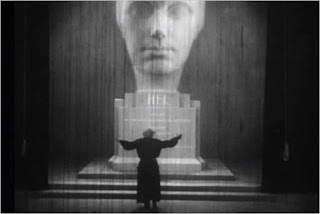 The recent release of Metropolis includes a near complete version of the film and while some of the latest found scenes are in such bad shape, the film really has a complex story with so many things to say.

I found the film such a standard blueprint for Sci-Fi in general I cannot marvel at it's execution on all levels. It is hard for me to praise most Sci-Fi films and not put Metropolis right up there with the rest.

When did I first see the film – rented in the mid 80's
How many times have I seen it – only 3
I now have it on blur-ray. 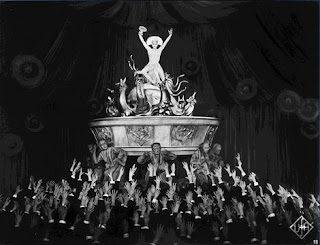