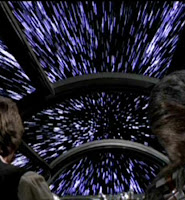 Here we are within the top 4 and I have noticed that at one point or another each of the following movies has probably been my #1 movie.  In the early 70's this movie was there and in the late 80's a different one held the spot.  This may be the movie I have seen the most on this list. 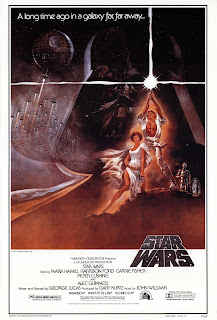 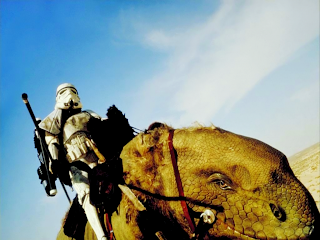 Despite The Empire Strikes Back perhaps being a more solid film, nothing can match the magic of Star Wars. There was something about this film that just hit me and millions of others just right. I was at the right age (12) for the movie and everything about it was perfect for my life at that time.

The movie had the right balance of adventure, drama and comedy and appealed to more people than most movies in history. I bought into it all the way, becoming a Star Wars toy addict and getting most of the action figures. It was all about Star Wars and would be until the mid 80’s. The movie is the most important film on my list and carries the most influence in today’s society. Its rejuvenation and staying power has no rival. 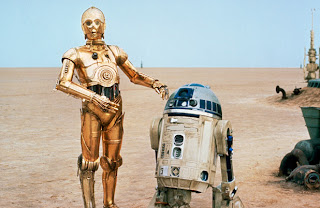 Despite all this, what has happened to the franchise over the past decade has worn on me. The changes to the originals, the prequels and the constant exposure to the product has made me sick of the franchise. I base my rankings mostly on my perceptions and feelings from the time. I suppose if I made this list in 1984 this movie may be number one and while it is still way up there, it has suffered a bit.

IMDB Story Summary - Part IV in George Lucas' epic, Star Wars: A New Hope opens with a Rebel ship being boarded by the tyrannical Darth Vader. The plot then follows the life of a simple farm boy, Luke Skywalker, as he and his newly met allies (Han Solo, Chewbacca, Obi-Wan Kenobi, C-3PO, R2-D2) attempt to rescue a Rebel leader, Princess Leia, from the clutches of the Empire. The conclusion is culminated as the Rebels, including Skywalker and flying ace Wedge Antilles make an attack on the Empire's most powerful and ominous weapon, the Death Star.Written by P. Wong <pwong@nt.net>

Comparing Star Wars to The Empire Strikes Back, for example, one can see improvement on many of the elements like acting and effects. Time for the actors to ‘get’ their roles and a change in director probably improved this. George Lucas learned from Star Wars and was able to improve on it with TESB. 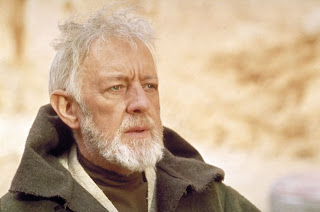 So why is Star Wars ranked higher? Well, it is only a little bit higher first off. The wonder of a new universe is something that I give much consideration to. The vision that George Lucas had was so original and exciting that we accepted it. There was no need to try to outdo that wonder in the next movie. Sure, we saw amped up action. Remember when the Falcon flew away from Mos Eisely Spaceport? What great action! We saw an X-Wing being followed by a couple of Tie Fighters – incredible. By the time Return of the Jedi came out we had seen the Falcon narrowly miss being pulverized in an asteroid field and an x-wing being attacked by 10 tie fighters! This may be a great way to amp up the action but the feeling I got was the same for all three movies. Not sure if that makes any sense. 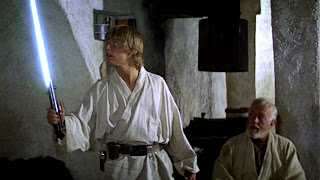 Star Wars will always remain high on most Sci-Fi movie rankings. It is part of society today and to be privy to its original release and progression through the years has been fascinating.

Looking back at Star Wars and comparing it to TESB is the only way you can really find fault in the original. Comparison wise there are so many improvements between the movie but none of that really matters because we were already captured by the original. The first time we encountered Darth Vader, met a Wookie or heard a blaster, those are all magical moments that cannot be outdone by finding out how Darth Vader got his mask or an army of Wookies or hundreds of blaster noises. Star Wars is simple and old school. It is classic story telling without gimmicks and conspiracies. It does not try to confuse or shock. The basic fairy tale/ coming of age/ high adventure serial, Star Wars is the blueprint for excellence. 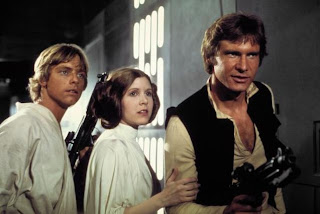 When I first saw the movie - I saw this movie in the summer of 1977.  I remember the day well because it was the same day we got our new color TV.
I have seen this movie around 40 times in the theater and cable and home video.  I had audio recorded and listened to the movie probably another 40 times on top of that.
I have the special edition DVD set. 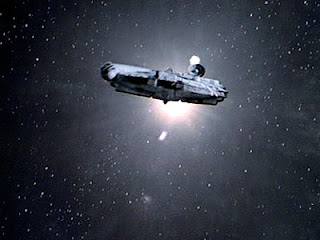 One of the best openings to a movie