Looking Back: The Black Hole 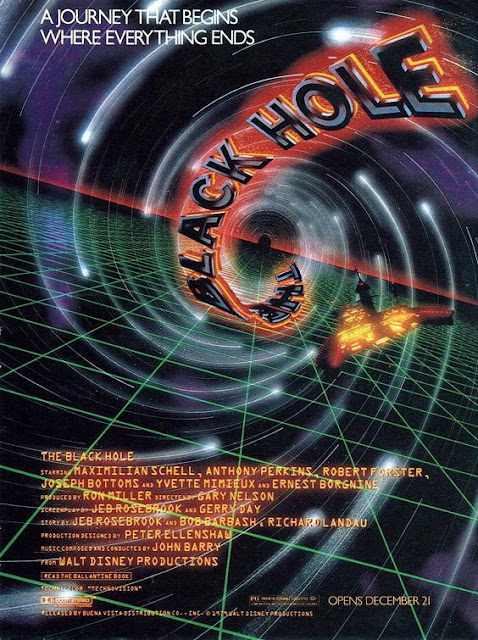 Looking Back at Sci - Fi Movies of Yesteryear 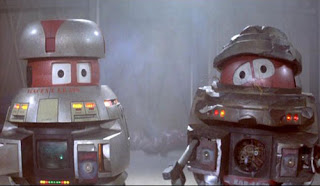 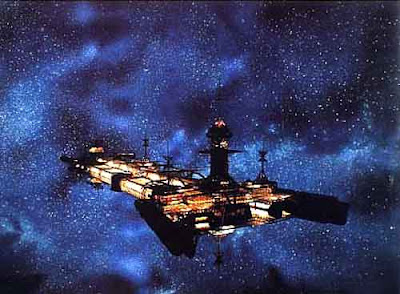 The Black Hole is an interesting movie. It is mainly about this exploration ship that comes across the missing ship the Cygnus.   What makes the missing ship Cygnus interesting to the crew of the Palomino is that it is resting right next to a black hole.   This is something that shouldn’t be possible according to science and technology of the time.

So investigate the crew does and that’s where the fun begins.  If you are looking for an all-out action film then you will most likely be disappointed.  There is action in The Black Hole but it is mostly at the end of the movie as the remaining crew members try to escape from the lunatic Dr. Reinhardt.  Reinhardt is crazy because he turned the crew of the Cygnus into robot type creatures.  Now he wants to do the same with the crew of the Palomino.

For the most part I enjoyed what The Black Hole was.  A movie that was more story driven that relied a bit on effects and the slick robots it featured.   What I really liked about it was that the buildup was pretty good.  You knew Reinhardt was up to no good but you just didn’t know what.  I liked the build up to the finally.  Everything about Reinhardt and the Cygnus was shrouded in mystery and I love that in a movie.  Plus it had Roddy McDowall as the voice of VINCENT.  I heard they are redoing this movie.  This is to bad cause it will probably be an effects laden movie that will lose most of the story and charm of the original.

This movie, although dated, isn’t a bad one to watch with children.  It has robots, space scenes, and a gun fight battle at the end.  Speaking of the end, That finally scene of Reinhardt in Maximilian in what I’m guessing is hell is truly a spooky scene.  While not a perfect movie The Black Hole is one that is worth watching especially on a rainy day with nothing on TV.

Email ThisBlogThis!Share to TwitterShare to FacebookShare to Pinterest
Labels: The Black Hole