The Six Million Dollar Man - You do realize it is out on DVD, Don't you? 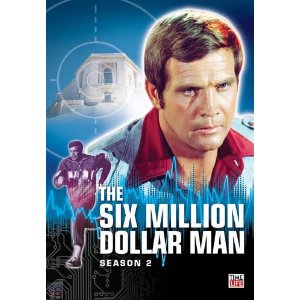 I find this whole thing highly annoying and frustrating.  The Six Million Dollar Man is an iconic series that is embedded in our society.  Numerous movies, series and commercials reference the show.  Everyone knows about Bionics and the sound effects associated in using them.  This popular show may be second to Star Trek in this capacity and yet it has rarely been seen on TV in 20 years and has not been available on DVD until fairly recently.

Rights issues held up the release in America but when it finally happened in 2010, it was through Time-Life and it was very expensive.  Not only that, but you had to buy the complete 5 seasons. A year later the first season became available in stores and online but with little fan fare.  Did you know the second season is now available as of June 5?  You don't?  Well, look on Wikipedia, DVDpricesearch, Amazon and hundreds of other store and info sites and you will see no reference to the second season being available.  No one is talking about it on the forums (at least not in a couple that I visit ;) ).  Still, Best Buy has the second season available (must be an exclusive).  It is not 32.99 (the regular price) nor is it 26.99, the sale flyer price, but it is $19.99.  that is really cheap for a brand new release of a TV show with 22+ episodes.  WOW!

You type in searches and there is little that comes up.  How can a show like this be totally ignored like this?  Has this show fallen off the face of obscurity or has it been badly promoted.  Probably a mixture of both.  Anyhow - FYi - season 2 is out and I have watched a few episodes already from season 1 and it is as cool as I remembered it.  Go get it, if you can find it!! 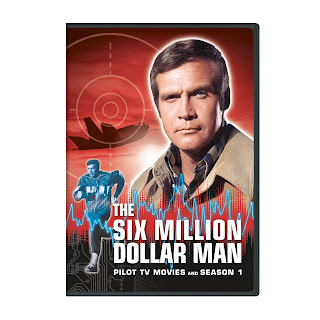