Are The Ice Warriors Making A Return To Doctor Who??? 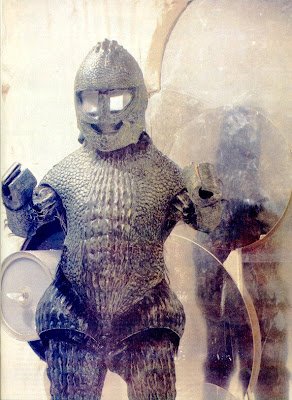 Are the Ice Warriors set to make a return in Series 7 of Doctor Who.  Well that is the rumor going around.  It appears the rumor or red hearing is that they will be featured in Mark Gatiss story for the upcoming Series 7.  But then there was this. Last weekend Matt Smith was a guest at the 11th Hour Convention.  When asked about the Ice Warriors he might have slipped up. Here's what he said.

Organizer Sean Harry at 'The 11th Hour Convention' asked Matt 'Ice Warriors are one of the last classic monsters not to make a return to 'Doctor Who', Matt replied ''yes'' and turned to the audience and smiled broadly and knowingly at them before adding ''that's good to know, next question,'' leaving fans in hysterics.

Take that as you will but after talking to people who attended the convention they seem convince he let something slip as his facial expressions might have let it slipped.  Well I hope the Ice Warriors do make a return as it would be nice to see them update and back in the show.