Brian Michael Bendis is Leaving The Avengers in 2012 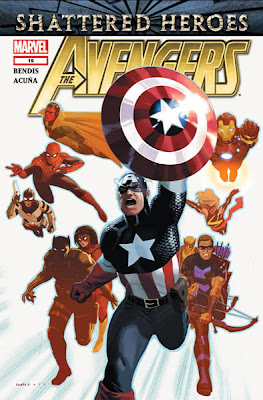 The longest writer in Avengers history will be bidding adieu to it in sometime in 2012 reports CBR.   He's been writing the book and subsequent Avenger books since 2004 and has been a very popular writer for the book despite some stories being very dialog driven and lacking action.  He also was the writer that finally got Spider-Man on the team and spotlighted little used Marvel Heroes and making them mainstream and relevant again. Here is what he says about his departure from the CBR interview.


“I’m going to wrap up ‘Avengers’ and ‘New Avengers.’ At the same time the first storyline of ‘Avengers Assemble’ will be done. It’s a good time to move on to other things. Before I go, though, I’m ending things big. I’m in countdown mode. You know when you’re watching a show like ‘Breaking Bad,’ and every episode feels like the second to last episode? That’s where I’m at. I’ve been on the Avengers longer than anybody in the history of the book. When you take everything into account, I’ve written over 200 issues. I’m very, very proud of that, and what we have coming up this summer gives me the opportunity to go out on a high note. I know enough about showbiz to know that’s a great time to go.”