The Best and Worst of Geekdom For 2011 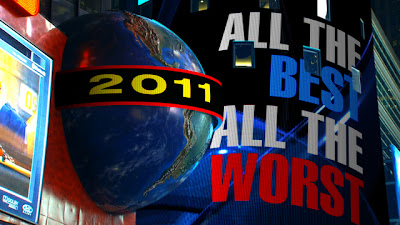 2011 was a year that gave us quite a bit of great wonderful stuff. So I walk through the year like Anthony Bourdain sampling stuff good and bad (Well tasting stuff like Andrew Zimmern is more of a reality) and I have finally come up with my list of what is good and bad for the year that was 2011. So let us not delay any longer and let’s find out what are indeed DR5WHO’s Best and Worst of Geekdom for 2011.

This list will be mainly Movies, TV, Comics, and Doctor Who.  I don’t play video games so that will not be included on this list. I know there are some pretty cool and neat games out there but I don’t play them so that disqualifies me from making a pick for video games.


Ok getting started with Comic Books.  2011 was a pretty good year for comic books as DC Comics rebooted its entire universe and started all books from number one and mainly reinvented itself.  Marvel was Marvel and did the same thing they always do with a big Marvel Universe Event in Fear Itself plus the killed Thor or so we thought and well the introduced a new Spiderman in the Ultimate Universe.   Plus Digital Download for comic books for the most part has taken off to great raves as now they come out same day as print.  So in all it was a good 2011 for comic books and now here are my best and worst.

This booked rocked.  Scott Snyder and Tony Daniels have month in and month out have written such an enjoyable storyline throughout the year.  First Scott Snyder’s Black Mirror storyline that was in Vol. 1 was simply one of the better Batman stories in a long time.  It deals with Commissioner Gordon’s son who is a complete psychopath who had the ability to make people think he was well.  It was freaky and a really good story that takes a while to read but it is worth it.  Tony Daniels story that relaunched Detective is simply amazing.  It has to do with a new villain The Dollmaker and it is so bizarre and very demented that I love it.  So Detective Comics is my favorite of 2011 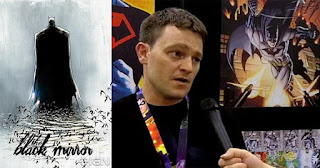 Besides the comic of the year he is also writing the relaunched Batman comic book.  So farthat story has been amazing and he picks up where he left off with Detective by spinning a story with lots of mystery that he made Batman a must read again.  Plus he is also writing Swamp Thing also and giving that character a whole new reimagining. 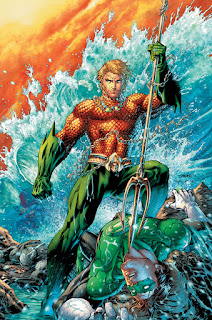 Since the New 52 has launched the main flagship book has been Justice League.  It has been drawn by DC Co Publisher Jim Lee.  Jim Lee is one of those artists that when you look at his work you instantly love it. Well by far his work on the new Justice League book has been pretty amazing.  His take of the main DC heroes has been pretty nice to look at and his new costume for Wonder Woman is by far better than the last makeover for her.  So it is good to see Jim Lee finally have a try at the main heroes of DC and so far the results have been pretty fantastic. 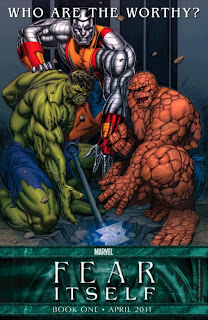 This book by Matt Fraction was just a piss poor story.  It had to deal with an Asgardian relic that made whoever holds very powerful and quite unstoppable.  There were quite a few of these relics and the whole story was just one big battle with little story.  It turned out to be pretty boring and very disappointing as Matt Fraction has done well writing Iron Man.  This book is just another failure in the Marvel Big Event Arsenal.


Fury of Firestorm The Nuclear Men 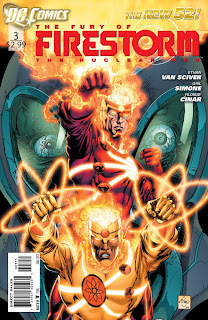 Here is a book that I was really looking forward to when DC launched The New 52.  But having reading the past 3 issues I have to say that I have been pretty disappointed with the writing.  The overall story hasn’t been all that enjoyable either as it seems that the two heroes that make up Firestorm do nothing but bicker back forth.  So far this book hasn’t been what I expected and hopefully when the new creative team takes over hopefully they can fix the direction of the book.

There are a lot of good Geek shows out there but there can only be one that was the best of 2011. That distinction goes to Torchwood: Miracle Day.  From the very beginning to the very end there wasn’t a show that had a great story that was pretty cleverly written.  It wasn’t dumped down and took quite a few risks. In true Torchwood fashion it pushed the envelope for a TV show.  The story was pretty awesome also with a great plot that kept me watching week after week.  It was good to see a science fiction show tell a story without being inundated with special effects and lots of aliens for once but deliver us a smart and exciting story that doesn’t insult our intelligence. 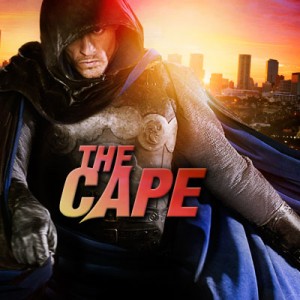 Yeah there isn’t much to say about this one.  I had trouble making it through the first episode.  It was pretty lame and stupid and could have been something a lot better.  This is too bad because it would be nice to have a superhero TV show.  What also is disappointing was that Summer Glau was in it and that she was once again wasted in a lousy show. 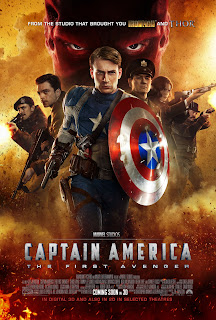 2011 had some pretty good movies like Thor, Super 8, Paul, and Harry Potter and the Deathly Hollows Part 2.  But there can only be one and that movie is Captain America.  This movie really had that excitement and great feeling of seeing something great when you left the movie theatre.  It also was what a super hero/comic book movie should be.  It had action a down to earth hero and quite a few unrealistic things happen it that it was like the comic book was on the big screen.  Captain America was the closest thing to a true comic book movie that had all the charm and fun of the comic book.


Tucker and Dale VS Evil 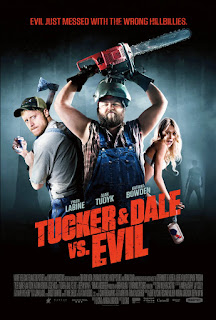 This was for a while was going to go to Paul or Bridesmaids (ok maybe not Bridesmaids even though it had its moments) but then I saw Tucker and Dale VS Evil. Well without giving too much away I loved this horror movie spoof with hillbillies and college kids and the chaos that ensued.  If you combine the antics of Friday the 13th movies with a couple of naïve hillbillies that couldn’t harm a fly and then throw in the oops factor then that is what you get with this movie.  I’m not doing it any justice with my description so if there is a rainy day and you need something to past the time and are in the need of some brain numbing comedy than Tucker and Dale VS Evil is for you and the funniest movie of 2011. 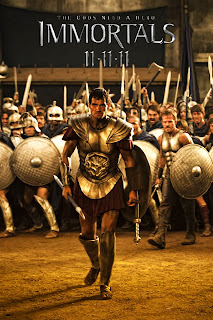 I remember sitting in the theatre and going what type of insane train wreck am I watching.  Now I’m pretty guilty of liking almost everything I go and see but there is no chance of that happening with this movie.  Almost from the start of the movie I had that unfortunate feeling of “Oh Dear.”  I mean the story was pretty poor and borderline awful.  In fact it crossed into awful right at the big final battle.  The movie just didn’t make much sense at all which is to bad cause there were a few sword fights that almost made up for the doldrums that I was falling into.  So by far, Immortals is quite easily the worst movie of 2011.


Best Doctor Who Story of 2011
The Girl Who Waited 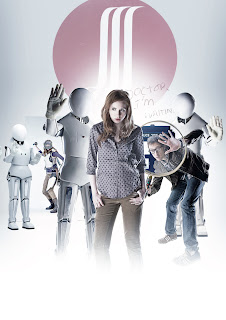 Tom MacRae gives us an emotional story about Amy and the Doctor making a decision that is unpopular with Rory.  You knew what was going to happen and seeing what the Doctor does is quite shockfull even though it was the right thing to do.  It was also the story that gave Rory something more to do than being the third wheel.  In fact the Girl Who Waited was one of the best stories to feature Rory.  In fact each character had significant parts in this tear jerker.  An all-around great story and is my pick as the best of this year.
Worst Doctor Who Story of 2011
The Curse of the Black Spot 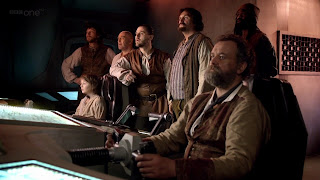 This story just never got me going.  Plus it was not really all that good. Especially the ending of the story which kind of sunk it for me.  I mean the pirates just take the spaceship and fly off into space without being overwhelmed or anything. What!  I mean we have pirates who sail a ship on the ocean and yet they can pilot a spaceship.  OK, Come on now I know this is scifi but come on.