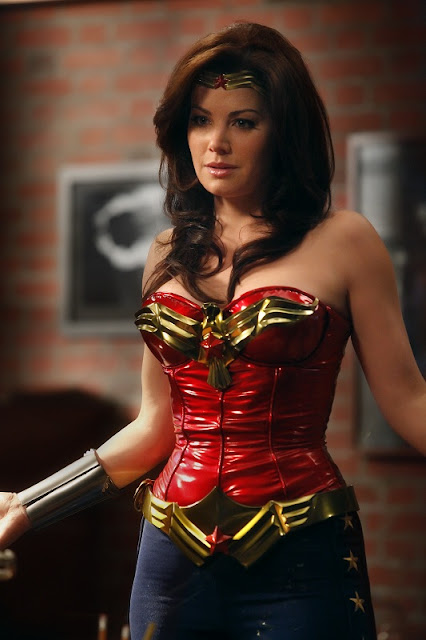 See if you can follow along.  This is a photo of Erica Durance dressed up in the original Wonder Woman costume that was created for David E. Kelley's ill fated Wonder Woman series that was originally slated to air this fall.  The series production was halted after only one episode was filmed. 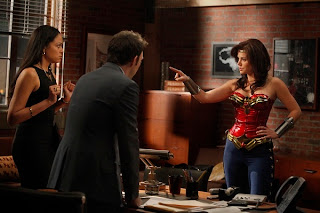 The photos are from an episode of David E. Kelley's Harry's Law and concerned a woman who thinks she is the real Wonder Woman. 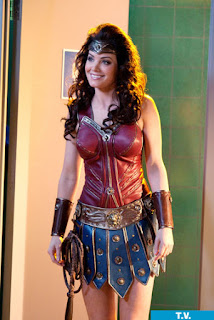 Erica has been often rumored, or at least wished by many hot blooded fans, to play the part of Wonder Woman.  Erica, as you may know, played Lois Lane in Smallville and in one particular episode, dressed up as an amazon warrior for an undercover job at a comic book convention.  That costume, as you can see, resembles the Wonder Woman outfit. 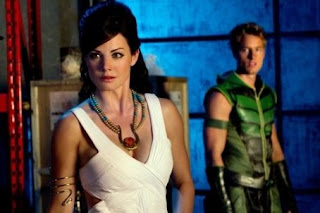 Anyhow, there you go. Oh, and in case you were looking for a good reason to watch Smallville now that the series is over, here are some good reasons. 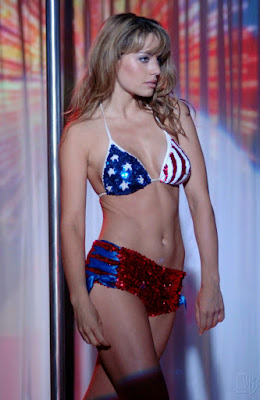 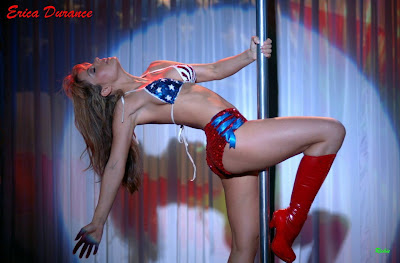