FINDING DOCTOR WHO: How Every Missing Episode May be Recovered 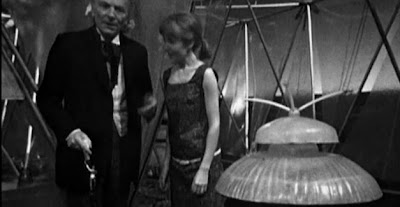 With the finding of two of the ‘lost’ episodes of Doctor Who I got to thinking about the future of these missing episodes. Will we find more? Will we find all of them? Where are they hiding or are they gone for good? I have come up with a few reasons why the chances are good that more will be found as well as some steps to take to recover the ones that may be gone for good.

There are still over a hundred missing episodes of Doctor Who and many more missing episodes of other shows like Doomwatch and The Avengers. What are the chances more of these will be found. Most people said it was unlikely but then “Tomb of the Cybermen” was found in its entirety. A few years later episodes of “The Dalek Master Plan” and “The Reign of Terror” were located. So it is not a dead end yet.

I am thinking and optimistic that over the next 20 years we will see a fair number of them returned. My theory is based on two things happening. One, many TV stations are converting their archive to digital. This will free up tons of storage space for these stations. In the process of doing this it is very possible that some of the missing episodes will be uncovered. Whether they make their way back to the BBC is another story but this is a fairly realistic possibility. Conversion to HD broadcast is also stirring up the dust and increasing the chances that something will be found. This is still a long shot and it is reliant on stations actually doing this and not just burying stuff deeper or just tossing stuff out.

Another reason why some of these episodes may be found is because private collections are being examined. In the latest find, a former BBC worker had the episodes. It is possible that some people are afraid to return this material because it was sort of stolen in the first place. They may be afraid to admit to having them because of phantom consequences. They may also not know what they have or the importance of it. In the latest case the person just assumed the material existed in the BBC archive.

Collectors may be thinking about converting all their film and video to a digital format and while doing this, may uncover missing episodes.

Another rumor states that there are a few fans out there hoarding missing episodes just so no one else can watch them. I doubt this is the case. Any rumors are probably spread by people pretending they have something. If they really did have something they could just hand it back the BBC to prove it.

In all cases where someone has these episodes at home it is likely that at some point they will be made public. Not to be too morbid but eventually these people will die and their collections have a good chance in making it into public hands. Former BBC employees could go through attics and such and find this material. Estates will be auctioned and material may see the light of day.

So beyond finding them in a local thrift shop or in someone’s attic, how else could we see these episodes again? Well, there are a few realistic and not so realistic ways.

Most of the missing episodes do have their audio track intact and so reconstructions via animation or using the telesnaps (photos taken off the original broadcast of most Doctor Who episodes) is the current way to do things. Lining up the audio track and displaying edited telesnaps is a fairly common way to do things and both the BBC and fans alike have done this in the past. The BBC and fans have also created animation to replace the visuals for these episodes and that has worked just fine. “The Invasion” story was released with two episodes animated with the original audio track.

See the bottom of this page for examples of animation and reconstruction by fans!!

There are some limitations with these methods. The animation or telesnaps are limited through budget and what is available and not all episodes have detailed telesnaps nor an audio track. What if the animation was created to look exactly like the missing episode?

Imagine 20 years from now. What do you think CG animation is going to look like? Already they can make animation look real. The people that are animated can be nearly real as most can see. In 20 years the technology will improve. So imagine taking existing episodes of Doctor Who, existing soundtracks and telesnaps and all other reference material from the making of the episodes. Someday these missing episodes can be fully reconstructed to look nearly like the original within limitations on the reference material.

So something like The Tenth Planet part 4 would probably look near perfect while reconstructing Marco Polo, with a fair amount less reference to go by and seven episodes to create, may not be as accurate.

This is a fairly realistic option and once the technology improves and the costs drop, you might see this. I would think that you would see attempts from fans over the next bunch of years but eventually near perfection will be obtained and so maybe the fact that not all the episodes will be found is a moot point.

You say it won’t be the same as the original and you will be right but one could imagine close reconstructions. Again, limitations on reference material and audio tracks may prevent every episode from being reconstructed. So how do we get those tougher episodes back?

Here are some highly imaginative but possible methods that the world may eventually be able to handle. First is the most obvious – Time Travel. We all know the problems associated with time travel but going back in time and recovering the episodes would be fairly easy once you get past the time travel technology part.

Another option is the recovery of the original broadcast signal. We know that TV and radio signals have been emitted from the earth since the start of media broadcasting and so what if we could somehow catch up with these signals and recover the episodes? Beyond getting out that far and finding the signals and reconstructing the weak signal, you have a good possibility there. Perhaps aliens are on their way to Earth now, having seen and heard these signals. Maybe they recorded the episodes.

I am amazed on how technology has advanced in the field and if they can reconstruct the color material from B&W copies then it seems there is no limit. Would they be able to recover material from videotapes that were erased and recorded over?

What about the human mind? We all know the brain is amazing and science may someday unlock more of its mysteries. Imagine being able to record people’s memories. Could we record someone’s recessed memories of watching “Doctor Who and the Space Pirates”? Could we then translate those memories to a digital recording?

So there you have it. A blueprint in the evolution of locating these episodes. We can only hope that someday all will be found. Reconstruction is a welcome option in case we don’t and so there is still hope for “The Celestial Toymaker” and “Fury From the Deep” and “The Evil of the Daleks.”


Below are some examples of reconstruction using telesnaps and animation.