Doctor Who: The Doctor, The Widow and The Wardrobe Review (Christmassy Spoilers) 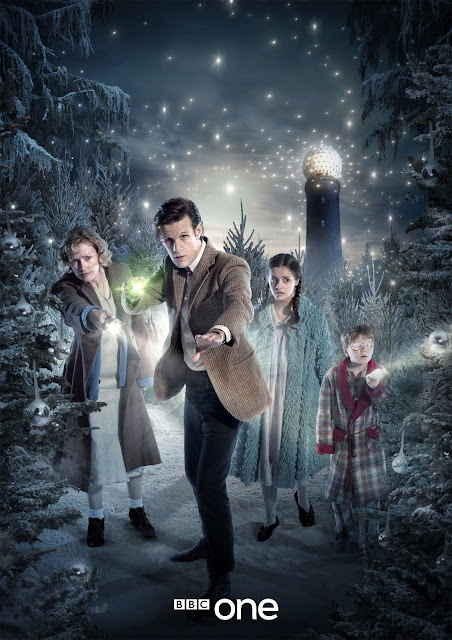 Doctor Who
The Doctor, The Widow and The Wardrobe
By Steven Moffat

"Usually called the The Doctor or The Caretaker or Get Off This Planet." 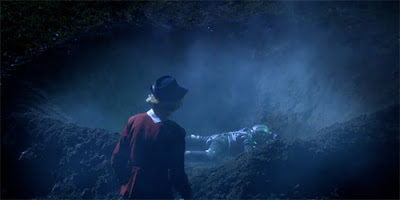 Well this is Steven Moffat's second Christmas Special and like last year he has borrowed from popular literature.  Last year was obviously a take on Charles Dickens "A Christmas Carol" well this year it is a take on C. S. Lewis's The Lion, The Witch and the Wardrobe. I know what your saying well no duh just look at the title of this special and you should have guessed that. Well any way, I liked the idea of incorporating that story into Doctor Who and was pretty curious to see how they would pull it off. 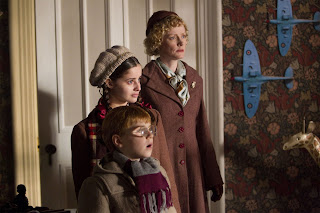 As you can imagine this year's Christmas special was filled with lots of moments that make you scratch your head and there are quite a few in this one.  First off I did not particularly liked how the Doctor saved himself from the exploding spaceship.  it was a bit far fetched even for Doctor Who. I mean come on the Doctor puts on a space suit in space and it happens to be a special space suit that survives reentry and a crash into Earth. Plus mends his body.  Not that well constructed if you ask me and since this is coming from the Moff I would have liked something more clever.   Plus I didn't care for how Madge was able to drive the alien vehicle over to the tower.  You knew that was going to happen but for a woman who had trouble driving a car well I know it's Dr Who and that has happened before. 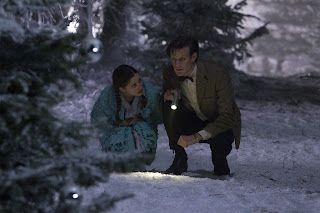 While those things didn't detract from my enjoyment of the Christmas Special what did kinda of detract from it was that I knew how the main story was gonna end. (I'm not talking about Amy and Rory). Well if you didn't figure it out in the first ten minutes that the Doctor was gonna some how find away to save Madge's husband even if it was inadvertently then you must have had to much egg nog.  Sometimes Doctor Who could be a tad bit predictable.  This was one of those times but since it is Christmas and it gave us a happy ending it didn't bother me that much. 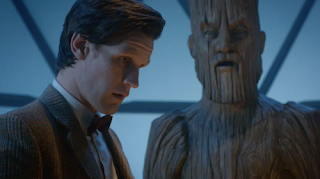 The Doctor, The Widow and The Wardrobe was not a bad story at all. In fact it was a nice Christmassy treat that had a decent story.  The Story wasn't mind blowing but for a tale at Christmas it was a perfect non thinking to hard story that you could enjoy at any point in the day. Nothing to complicated here. Even though it was not to complicated it wasn't anything to write home about as it was your typical Doctor Who story.   I enjoyed the mad dash of showing off the house and all the cool things the Doctor had put into it to give Madge's kids a pretty cool bedroom.  I also liked the interaction between The Doctor and Lily.  That seemed to work and it gave the Doctor someone to bounce off of and to explain what was going on.   I liked how the tree people looked.  That was a pretty neat looking creature.  It kind of reminded me of the Ents from Lord of the Rings a little bit but a bit more like wooden chess pieces from a Nordic area.  Here is a plus to classic Who fans. How many of you know what significance Androzani has in who history?  I did and it made me smile. 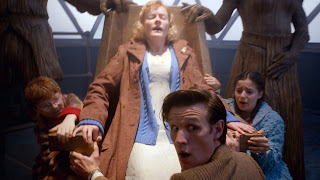 As Christmas Specials go this one was alright.  But it did have some pretty good moments in it though. None better than the Doctor reuniting with Amy and Rory in the last 5 minutes.  If anything Steven Moffat gave us a nice sentimental moment. If I'm right was that the first time the Doctor has shed a tear.  What a nice scene to wrap up the Christmas Special with.  Truely heart warming.  In all a nice story but a tad predictable but none of the less enjoyable.
Grade B
﻿
Posted by DR5WHO at 9:19 AM

Email ThisBlogThis!Share to TwitterShare to FacebookShare to Pinterest
Labels: doctor who, doctor who 2011 christmas special, the doctor the widow the wardrobe