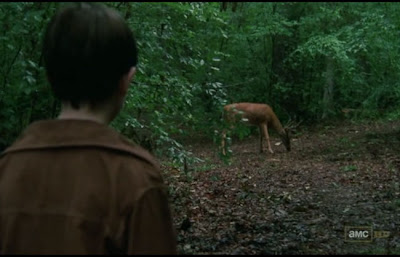 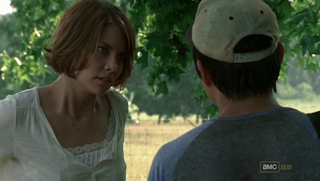 You have to admit, this show moves a s slow as a walker.  This season follows our group of survivors – oh wait, there is no need to follow them, they aren’t going anywhere.  Anyhow, the show writers have decided not to move the story along but instead move the characters along and in a very meticulous way, have done just that.  Half way through this fall I realized that this is the sort of thing I always wished other shows would do.  Slow down a bit and develop characters.  You still need a good plot with excitement and toward the end this show started to weave those into it. 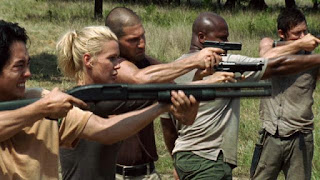 The pay off to all this waiting around the farmhouse was worth it.  We see realistic character development from most everyone.  The search for the little girl is but a back drop to the latest happenings.  We see characters getting stronger while others are just losing it. It was also interesting to see a contrast in believe systems on what the walking dead are.  Up to this point they are just creatures that must be avoided or killed but now we see a different perspective, one that endangers everyone. 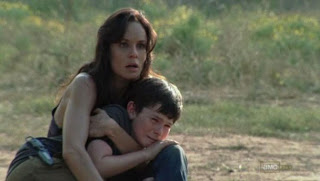 To say one episode makes a season is ludicrous but since it is only a half season and only 7 episodes, its not too bad.  Throughout the season we see Rick’s leadership being questioned (Would he accept Randall’s way of dealing with the walkers?) Shane’s increasing anger and unpredictability and the other tough situations including a pregnancy, falling in love and coming to terms with this horrible reality.  All this comes to a head in the final episode and to say I was surprised is a fair assumption.  During the final moments, when the group decides to take care of the barn problem, I had suddenly realized that we may get an answer to the main storyline of the season.  I had hoped there would be no more walkers coming out of the barn and as soon as we heard the moan I not only knew what was going to happen, but I also knew that Rick would be the one to take care of it, cementing his role as leader.

Depressing as this series is, one has to wonder what they can do next season.  How can they top that?