Christopher Lee on the Hobbit 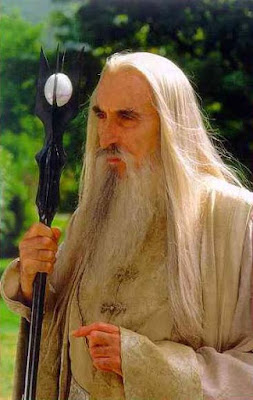 
"Some of the characters from The Lord of the Rings are not in either of these films, sadly. Aragorn is not. I don't think the Rohirrim appear, from what I can remember. I'm not going to talk about the films because it's all confidential... I've done my part in each one. And that took about four days. What is extremely important is that in these two films, which of course are long before Lord of the Rings, in these two films Saruman — who I play again — is indeed still Saruman the White, but he is a good and noble man and a head of the Council of the Wizards as he always was."

Email ThisBlogThis!Share to TwitterShare to FacebookShare to Pinterest
Labels: Christopher Lee, The Hobbit