Doctor Who 50th Anniversary: The Trial of a Time Lord 13 - 14 The Ultimate Foe 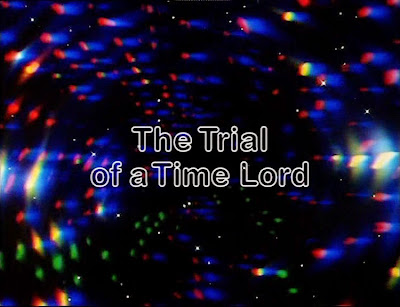 Doctor Who:
The Trial of a Time Lord
The Ultimate Foe
By Robert Holmes Episode 13
Pip and Jane Baker Episode 14


“In all my travellings throughout the universe I have battled against evil, against power-mad conspirators. I should have stayed here. The oldest civilisation, decadent, degenerate and rotten to the core. Ha! Power-mad conspirators, Daleks, Sontarans, Cybermen, they're still in the nursery compared to us. Ten million years of absolute power, that's what it takes to be really corrupt.”


After the turn of events from Terror of the Vervoids  The Doctor is now on trial for genocide to go along with the charges of meddling.  The Inquisitor tells The Doctor that he can call witnesses to help his cause but how can he get them as they are all scattered throughout space and time.   When suddenly Mel and Glitz appear at the trial and this turn of events catches The Valeyard by surprise. 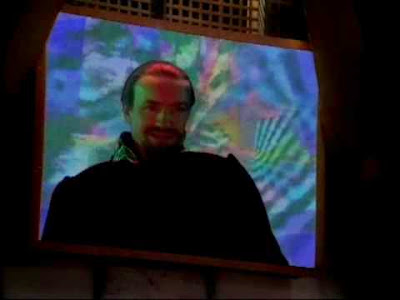 Then a more shocking turn of events as The Master appears on the Matrix screen offering to help The Doctor.  The Master shows proof that The Doctor is correct that the Matrix can be entered by anyone and events can be altered as he shows the key of the Matrix he has that has dumbfounded the Keeper of the Matrix.  The Master beckons the Time Lords to let Sabalom Glitz give his testimony.  Glitz explains that on Ravalox he was there to steal the secrets of the Matrix that the Sleepers had stolen.  It appears that the tide might be turning for The Doctor. 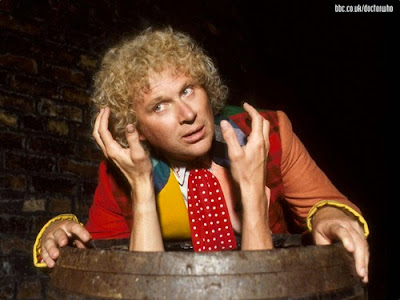 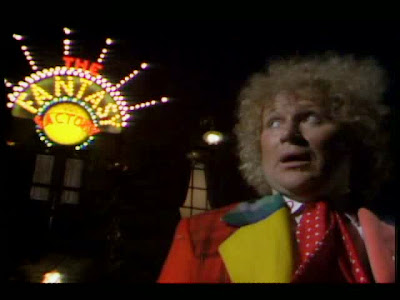 Before The Name of The Doctor and the surprising reveal of another Doctor there was The Trial of a Time Lord and the shocking reveal that The Valeyard was in fact another Doctor.  Could you imagine the shock way back in 1986 when that was revealed?  What a big risk the production crew took with that reveal.  I thought that was pretty awesome as you had a person that had all The Doctor’s memories and all of his dark and evil feelings in him.  What a way to have that revealed to you as having your greatest enemy telling you that The Valeyard is really you.  Colin Baker plays that scene really well and delivers on of the best speeches ever in Doctor Who.

The Ultimate Foe is one of those really dark and twisted stories that is also freaky and I really enjoy when Doctor Who does that.  I just liked everything in the Matrix from the Fantasy Factory to the sequences on the beach and the two Mr Popplewicks.  It was weird and I really enjoyed seeing that part of The Matrix as it just fits the darker side of The Doctor.

The Ultimate Foe is the last story that Robert Holmes would write as he died while writing this story.  He completed part 13 but his passing left a void in which John Nathan – Turner had to scramble to find another writer and he chooses Pip and Jane Baker and I’m sure they went of an outline from Robert Holmes.  Even though there were two different styles of writing the conclusion of The Trial of a Time Lord was pretty entertaining and satisfying as The Valeyard ends up escaping and is free to wreak havoc. 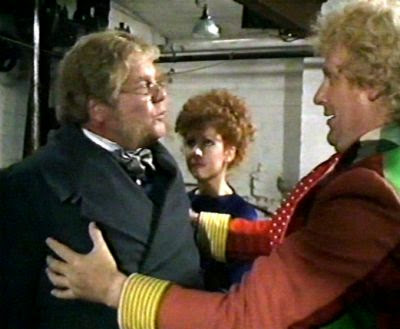 The Ultimate Foe is unfortunately the last story for Colin Baker.  It wasn’t intended to be as I’m sure his last words would not be carrot juice.  The powers to be at the BBC thought it would be a good idea to fire him and lay all the balme of low ratings on him when that is not fair as blame should be on the production crew and writers for putting a mediocre product on TV.  Colin Baker was treated unfairly but at least he left on a high note giving one of his best performance of his era.

Email ThisBlogThis!Share to TwitterShare to FacebookShare to Pinterest
Labels: colin baker, doctor who, Doctor Who 50th Anniversary, The Trial of a Time Lord, The Ultimate Foe