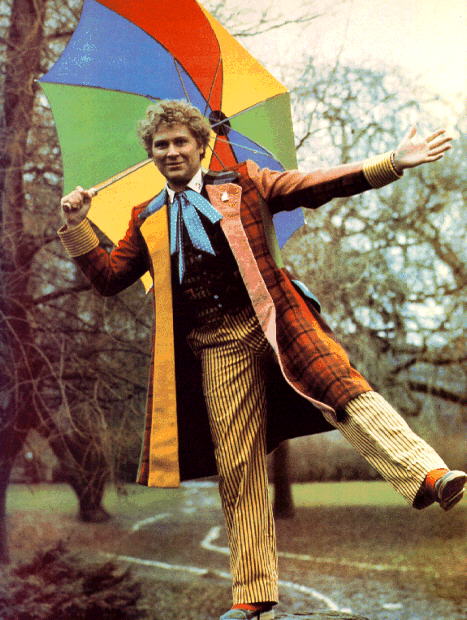 “I am The Doctor whether you like it or not.”  Were the words that Colin Baker so gracefully said at the end of his first story The Twin Dilemma.  Unfortunately not seemed to be what happened to Colin Baker as the BBC did not like him and blamed him for all that was wrong with the show during his all too short tenure as the Time Lord.   Even the fans turned on poor Colin as the shows rating dropped also.


That is just unfair to Colin Baker as it was clearly not his fault his tenure was doomed from the start.  The blame can squarely be put on John Nathan – Turner for not keeping the show fresh and for pandering to the fans too much.  JN-T decided to make the Sixth Doctor more crotchety to be the opposite from Peter Davison’s calm and nice Doctor but they took it to far by making Colin’s Doctor to violent more than any of his 5 predecessors. 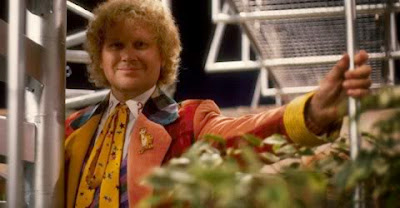 Case in point which probably turned a lot of people off was how violent and out of control he was in The Twin Dilemma.  In that story they decided to have the regeneration fail yet again but this time cause The Doctor to be violent and at one point choke his companion Peri.  Not a good first impression and something they should never have done.  In fact that whole story was garbage and Colin’s Doctor just wasn’t Doctorish and never came off good at all.  Unfortunately this story was the start of the beginning of the end for the Classic series. Not because of the actor in the part but mainly the production crew from the script editor to the producer.


In fairness I like Colin Baker’s Sixth Doctor.  He had a kind of madcap craziness to him but underneath all the impatience he was still The Doctor and if you are too blind to notice it was there the entire time and well then you should get your eyes checked.  His stories might not have been up to snuff with past eras but they were pretty enjoyable and there is a fair share of classics in his era.   If you give Colin Baker’s Doctor a chance you will see a Doctor with a hidden charm who is just as passionate about stomping out evil and helping the innocent being repressed by the megalomaniacs.  You can’t blame the actor for the hand he was dealt by the production crew as Colin Baker did extremely well considering the conditions and poor scripts he received. 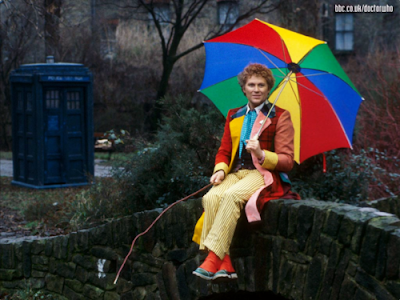 What really helped Colin Baker’s Doctor and gave his Doctor a second life and a new breath of life for his era is the Big Finish audio adventures.  The Big Finish writers really got his Doctor and wrote him in a way that you wished they had done for his television stories.  Colin Baker’s Doctor thrives in the Big Finish Adventures and it gives us more stories of a Doctor whose time was unfairly cut far too short by the morons at the BBC. His stories are ones I look forward to just as much as the Davison Big Finish stories because Colin Baker’s stories feel more like ones that would be from the classic series.  If you get a chance listen to Jubilee by Robert Sherman it is the story that the Ninth Doctor story Dalek is based on. 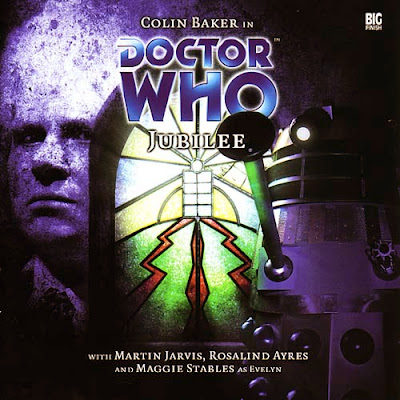 So if you are hesitant about the Colin Baker era of Doctor Who or his Doctor do yourself a favor and watch his stories or give it another go if you did not like them before and watch them with an open mind.  Plus go out and listen to his Big Finish Audio Adventures which are now available for download you will be glad you did.  So here is to Colin Baker a Doctor who wasn’t given a fair shake but is just as good as the other ten.
Posted by DR5WHO at 9:06 AM