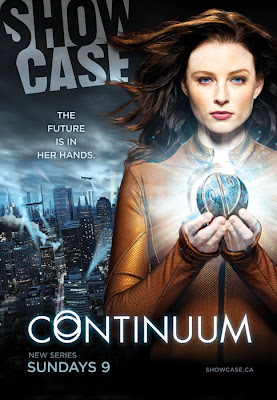 2012: A group playing paintball is shocked when a young man comes in and shoots the CEO of their company as they are involved in a team building project, and then proceeds to shoot himself.
A man is waiting for the train. A young woman walks up to him and grabs him, pulling him and herself in front of an oncoming train.

Vancouver PD, seeking a connection between these two murder/ suicides, traces the two killers to a video game company called Ten Dyne Systems. The two were employed as beta testers. Carlos, Kiera and Betty visit the company and are introduced to Fred Nettinger, who supervised the testers. He shows off a new immersive game that’s in the works. It uses an impulse beam that goes directly into the retina in order to give one the virtual reality effect. The programmer is concerned about a glitch he’s been working on; however, Nettinger is confident it is safe for a demonstration. Kiera and Betty don the head gear and find themselves in a snowy setting firing upon the enemy. A “bullet” comes straight at Kiera and upon impact she goes down in real life.  With her HUD acting fried. Alec is alerted and calls her on her cell phone. After explaining the situation he feels he must reboot her system. 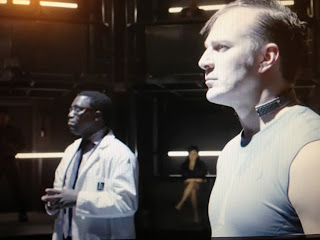 Meanwhile Kellog “accidentally” runs into Lucas at a pugilist club. Getting Lucas drunk he learns some of what is going on in Liber8. When Lucas is called away, Carlos follows him. Lucas meets with Nettinger, while Carlos observes in the shadows. It turns out the demo was a trap for obtaining the specs to Kiera’s chip. This information is traded to Liber8 in exchange for the technology of mind control.

With Alec working to solve the issues Kiera is having with her technology, she heads out to meet Carlos at Ten Dyne, with questions for the CEO. They are following up on information they have regarding the relationship between her and a rival company. As Kiera is driving, both Alec and Lucas are battling for control of her mind. Kagame wonders who she’s talking to that could oppose them. He reasons it must be young Alec Sadler.

Once Kiera arrives at Ten Dyne an all out war ensues for Kiera’s mind, between Lucas and Alec. Liber8 want her to kill Carlos, Nettinger, and then herself. Kellog arrives in time to warn Nettinger and as the tug o war ensues, Kiera very nearly succeeds in shooting Carlos, before Alec wins the war by “rebooting” Kiera. She comes to with no memory of the incident.

Later, as Alec is going through Kiera’s files, he is shocked to find one addressed to himself.
I liked this episode as it addresses some serious issues, in my opinion. For all the advantages of the tech, how far are we willing to go to achieve this? Do we allow someone to have access to our heads at the risk of abuse? And how about our thoughts and the things we see every day? Do we want someone to have access to those? 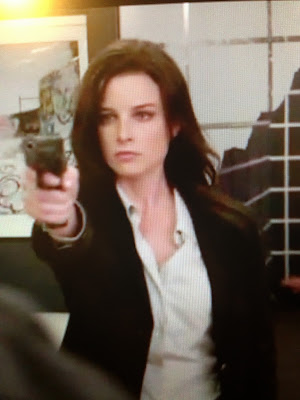 Secondly, I like how Alec is starting to get in touch with his future self as he delves further into Kiera’s tech:  his tech. And we are left to wonder what message he sent to himself through Kiera, again, confirming her presence in the execution chamber was by design.
Posted by DR5WHO at 6:58 AM