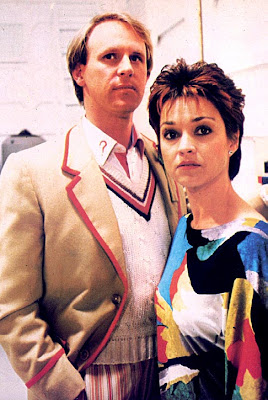 Sad news in the world of Doctor Who as Janet Fielding is battling cancer.  No details are known of her condition but former Doctor Peter Davison has rallied some former Doctors to do a charity fund raising convention Project Motor Mouth.

"Janet Fielding has a new fight on her hands not against the Daleks or Cybermen but against cancer. Peter Davison has swung into action and enlisted the help of his fellow Doctors to launch Project MotorMouth. It will not only raise money for a good cause but also keep Janet's spirits up. "

The profits from this convention will go to Project Motor House which is a project that Janet Fielding is project co-ordinator and its champion in the community.  Project Motor House is raising money to convert an abandon building in Thanet  into a mixed-use venue promoting sustainable technology and a place where youngsters can get help with starting their own businesses.

So if your in the UK and want to see Doctors Colin Baker, Paul McGann, Sylvester McCoy, Paul McGann, Peter Davison and David Tennant plus help out a worth cause and to help one of Doctor Who's beloved companions then follow the link below and buy a ticket to Project Motor Mouth which takes place Saturday 19th January 2013 10:00am - 5:00pm at the Copthorne Hotel Slough-Windsor
Cippenham Labe, Berkshire, SL1 2YE.