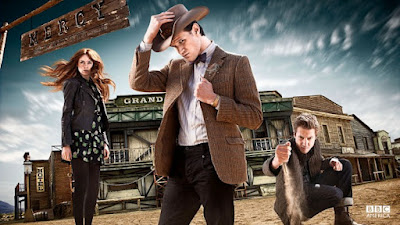 Doctor Who
A Town Called Mercy
By Toby Whitehouse 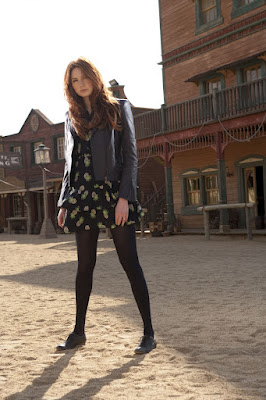 What we have here is a story that takes place in the western town of Mercy.  The trouble is the occupants are not allowed to leave the town or risk getting shot down by the Gunslinger.  The Gunslinger is looking for the alien doctor.  A man that the Doctor learns is from Kahler and has cured the town cholera and given them electricity 10 years before it should exist.  What the Doctor discovers is that Kahler – Jex has a secret and it is a nasty one. 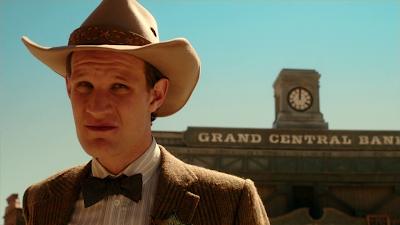 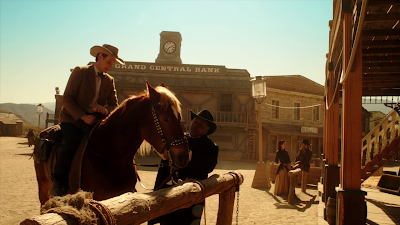 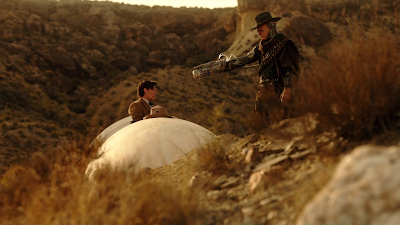 Watching The Doctor continue on the road of being darker was quite interesting also.  Having Amy tell him what happens when he travels alone was a tad reminiscent to when Donna yelled at him back in The Runaway Bride.  The Darker Doctor has been a subject of this series so far and it was really front and center here as The Doctor was willing to kill Kahler – Jex just to save the town of Mercy.  Even to the point of pulling a gun on him.  Not very Doctor like at all and a very disturbing road he is on and I’m sure it will be developing further with the next two stories yet to come. Plus it cost Issac his life as he did what he thought was right by saving Kahler - Jex even if it cost him his life. 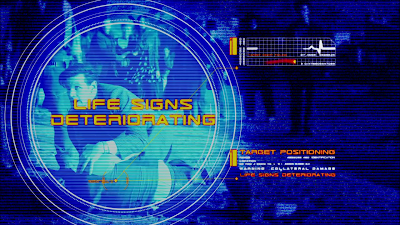 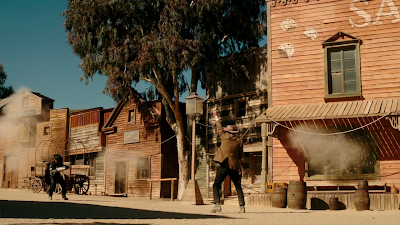 A Town Called Mercy probably won’t be the best story of series 7 and it will definitely not be the worst.  A Town Called Mercy is a very enjoyable story that fits in the mold of classic Doctor Who stories.  A simple story that can be enjoyed over and over again that also questions what a person will do if they were in the Doctor’s shoes.
Grade B