Big Finish Doctor Who Adventures Synopsis for Project:Nirvana & The Rosemariners

The next two releases for Big Finish this month is the 7th Doctor story Project: Nirvana and the next Lost Story entry the 2nd Doctor's The Rosemariners performed by Frazer Hines and Wendy Padbury.  You can read the synopsis below which has been taken from The Big Finish website. 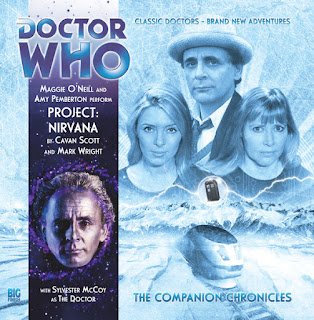 The TARDIS lands in mid-air, and Captain Lysandra Aristedes is dropped into a daring mission in her own past. There are enemies and creatures out there in the night, and the Doctor is waiting at the rendezvous point.

Because this is all part of his bigger picture. And Aristedes is going to learn something about herself... 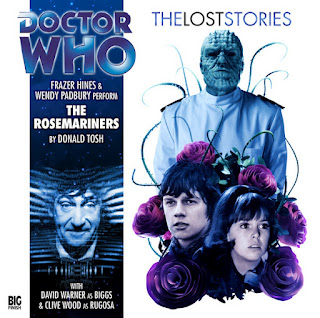 The Doctor, Jamie and Zoe find themselves on an almost deserted space lab. Earth Station 454 is being closed down, mothballed, its staff relocated. Years of research and co-operation are coming to an end and only distinguished xeno-botantist Professor Arnold Biggs remains on board.

But is there more to the closure than meets the eye? For the operation is being supervised by the Rosemariners of the planet Rosa Damascena. Their terrifying Commander, Rugosa, seems to have something to hide. Who is he? What do the Rosemariners want with the scientists? And what is the secret of Rosedream?

In a world where no one is quite what they seem, and deadly plants lurk around every corner, the Doctor will have to use all his ingenuity just to stay alive... just to stay himself.

You Can Order Them Here
Project: Nirvana
http://www.bigfinish.com/releases/v/project-nirvana-697