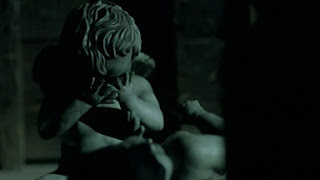 Doctor Who – The Angels Take Manhattan


The Weeping Angels are back and can Steven Moffat use them to send Amy and Rory off in style? 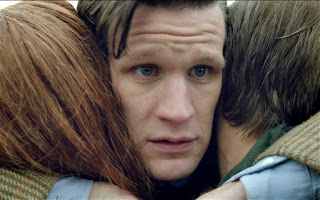 Well, yes. For the first time in around a year we have an episode that is on par with some of the best of Doctor Who. Moffat brings us an excellent story that has plenty of complex time travel ideas but presents them with simplicity. In a way this story is an excellent follow up to “Blink”. The previous Angel two part story was good but “The Angels Take Manhattan” excels on so many levels.

I want to point out that I have been a pretty harsh critic of Karen Gillan, especially lately. Her performance in last year's “The Girl Who Waited” was by far the best and can be easily compared to her work in this episode. Matt Smith is also spectacular in this one. He is always at a pretty high level but this one sees a line of emotion. I am a big fan of seeing the Doctor out of his element or not so cocky that he can handle everything. This time he struggles moment to moment and every time he finds an answer, something else happens to throw him off. Arthur Darvill is right there with the rest subtly delivering his performance as normal.

You may know that I am not a fan of River Song at all. Her winking, flirty, all knowing attitude magnifies some of the things I don't like in the show and thankfully these moments are few. She too is a bit out of her element and does add a bit to the story, helping to guide the Doctor away from Amy and Rory and onto the next chapter of his book. 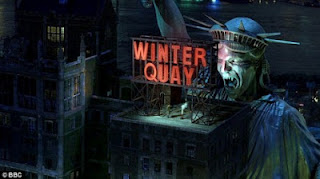 Another cringe worthy moment I saw coming for this story was the Statue of Liberty cameo. This ended up not being that big of a deal as it wasn't over done. The setting of New York was well utilized. It wasn't made fun of or exaggerated.

The story, like I said was complex with time travel themes but the simplicity of the story is very much refreshing. For the most part it was a chase story mixed in with a little detective mystery at the start. Very good and very cool. 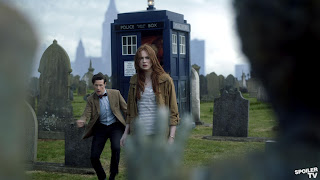 I wondered in this day and age if the series production crew could have kept something like Amy and Rory leaving a secret. While I don't think so I wonder if they downplayed it a bit if it would have been a bigger surprise. We see a false ending as Amy and Rory survive a fall to their death (which was one of the most moving and beautiful scenes in Doctor Who history BTW). Then everything is okay and for a second you feel that the episode will end on a happy note. But then Moffat pulls the rug out from underneath us yet again (See “The Girl in the Fireplace” as an example). Amy and Rory have a happy ending but the Doctor doesn't. I mentioned that jump off the building as being moving but the second Amy sacrifice was probably even more so and finally a huge act of love from Amy toward Rory. This love is punctuated with her name change to Amy Williams. Great stuff. 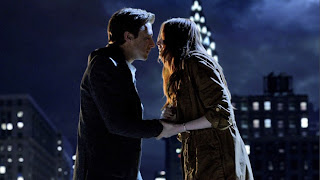 I feel that Amy and Rory grew as time went on. I was really turned off from Amy in the middle of her first season but is redeemed by “The Girl Who Waited” and “The Angels Take Manhattan”. Speaking of an excellent wrap up of the story, finally we see the conclusion to the scene from way back in Amy's first season when we see young Amy waiting in her back yard and hearing the TARDIS. The scene is completed in the Doctor's final contact with Amy – great stuff.
Posted by SHADOKP at 12:24 AM

Email ThisBlogThis!Share to TwitterShare to FacebookShare to Pinterest
Labels: Doctor Who review, The Angels Take Manhattan