Sorry for the delay of this article - I meant to post it a while ago.

5 -Spiderman 2 (2004) – Spiderman is my favorite superhero, or at least he was while growing up. He is the one I am most familiar with in the Marvel universe. Again, I will be placing a sequel ahead of the original with this selection. While the first film is one of the better origin stories in my opinion, I found, yet again, the bad guy makes or breaks the movie. In this case the one tone crazed metal headed Green Goblin portrayed by Willem Defoe was a very weak executed character. The rest of the film was superb. Now you take that excellence into the second film and put a really well acted bad guy, now you have something.

Alfred Molina gives us a perfect Doctor Octavius. His transformation into a 'bad guy' was really moving and his complete development back into a good guy was certainly a highlight of the film. The entire effect of Doc Oct was well conceived and executed. One of my favorite heroic scenes in any of these movies on my list is where Spiderman stops the train.

The rest of the cast with Mary Jane, Aunt May and J. Jonah Jameson continue their excellence in this film.

I have no real reason for why this is not higher on the list other than there are three more films to include.

4– The Dark Knight (2008) – I would say that the story of The Dark Knight Rises, apart from some logic problems, is better than The Dark Knight. Couple this with the fact that I thought The Dark Knight was too long with the entire Two-Face story (even though it was important). I found all the supporting cast for The Dark Knight Rises to be superb and yet none of them could match one performance in The Dark Knight. I still have to say that Heath Ledger trumps all. His Joker was well acted and written and remains the best villain, in my mind, of any superhero movie ever. His lack of reasoning and motive, complete with different origins that he tells people and the fear that this character releases on Gotham, Batman and the film-goers is unparalleled. It is 80% Ledger and 20% the writers, producers, director and make-up. 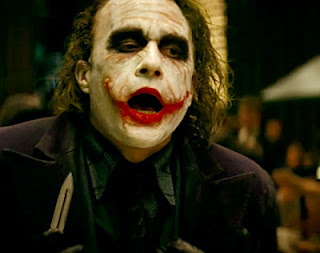 The film amps up the franchise to a higher level over the excellent Batman Begins and puts it on a whole new level of superhero films. The movies would keep this dark tone while Marvel would embrace a lighter comedic tone. Both have their strengths and while I may leave a Marvel film with a smile on my face, I may leave a Batman film in shock and awe.

The entire Batman trilogy kicks the earlier franchise out of the way. Sure, the first two Tim Burton films are excellent and just fall short of my top 10 list, but both Dark Knight films are the definitive Batman films for me.

3 – Watchmen (2009) – I will go on record to state that for most of these superhero films I was not necessarily a big fan of the comic book. In the case of Spiderman, I had read a few comic books and with the rest it was all just minor knowledge of the characters. With Watchmen, I knew nothing other than it was well liked by people who read the comic. So the movie was brand new and with nothing to compare it to, I found it to be massively compelling and original. The mythology of superheroes in the Watchmen universe is fascinating and the movie does an excellent job summing it all up in the opening credits. As the movie goes on we learn that there really is only one hero with super powers (Dr. Manhattan) and that the rest of the heroes and bad guys are regular people (well, perhaps they are a bit stronger and faster than most).

The entire question of with great power comes great responsibility is turned on its ear with some incredible characters. Interestingly the bad guys in this film are mostly ineffectual and aging while it is the heroes that are doing all the damage. You have one hero who thinks he is beyond criticism because of his powers that it is okay for him to rape a woman, shoot a pregnant woman and kill a President. Another hero takes it upon himself to sacrifice millions to save billions and another hero that thinks everyone is corrupt and evil. Finally we have a hero that is so powerful that he is beyond identifying what it means to be human anymore. The other heroes are perhaps the most noble and good but even they abuse their powers.

The entire world depicted is against the heroes and this adds fuel to the separation of the superheroes with humanity. The decay of the superhero is seen perfectly in this film and one has to wonder what it would have been like in the early years as glimpsed in the opening of the film.

The film is certainly not the funnest on my list but it is brave enough to pose many questions and dilemmas that superheroes all go through. 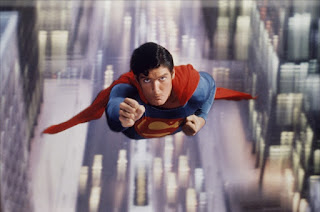 2 – Superman (1978) – While I think this film is dated to a degree I cannot turn my back on it. At the time this was an incredible film. Not only is it the first serious superhero film (the Batman film of the 60's is an outstanding film that just misses this list) but it lays the blueprint of all others to follow. The film tackles the most popular hero of them all and is outstanding with Christopher Reeves doing an incredible job. The film was also a special effects showcase of some incredible work.

The origin takes a while but that is okay. The mixture of humor and seriousness is perfect. I don't like cop out endings and while Superman's travel back in time was a super cop out, it was passable. The remaining cast were also perfect. The next film was incredible and several years ago I might have even placed it above Superman but this one holds up a bit better overall. 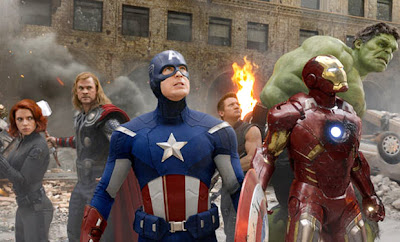 1 - The Avengers (2012) – Was there any doubt this was going to be number one? Again, time may change this ranking but The Avengers was everything I wanted to see in a superhero film. Credit has to go with all the films that led to this. All of them are part of this movie and laid the groundwork for this film to be as good as it was. The story was okay but it was the characters and their interaction. I don't remember the last time I was that jazzed and excited to see certain characters meet up for the first time. The melding of these characters was done perfectly.

I mentioned the story was okay and really it was this combining all these characters into a cohesive movie that did it for me. The film was loads of fun and excelled my sky high expectations by quite a lot. How can the franchise outdo itself from this point on? Does anyone really believe that the next Iron Man and Thor and The Avengers can really be better than this one? Maybe.

In the end the fun tone of superhero movies wins out on my list.  I still had some serious films in my list but the shear fun I had in 1978 with Superman and this year with The Avengers is just a bit more important to me.

So that is it. I welcome comments. I am also milling around the idea of making a worst of Superhero list!!!
Posted by SHADOKP at 9:10 PM