'Dr. Who Confidential' axed by BBC3 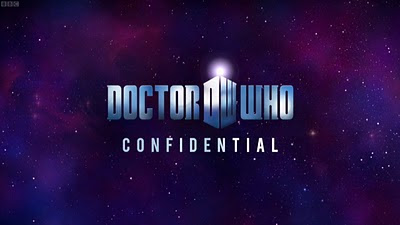 Dr. Who has defeated The Master, but this time lost to The Controller.

In a cost-saving move, BBC controller Zai Bennett is dropping the ax on "Dr. Who Confidential" at the end of its current run, The Guardian reported. Said a spokeswoman:


"Doctor Who Confidential has been a great show for BBC3 over the years but our priority now is to build on original British commissions, unique to the channel."


"Confidential," a behind-the-scenes look at the series, has aired in Britain in the early evening since 2005, when Dr. Who returned to the airwaves. At the MediaGuardian Edinburgh International Television Festival last month, Bennett said:


"It's about focusing my budget on 9 p.m. and 10.30 pm; those are the time slots that count. Budgets are tight, so we have to be sensible with the money we have."

BBC, facing 20 percent budget cuts, is rethinking its strategy, Patrick Foster wrote for The Guardian. Details of the "Delivering Quality First" initiative will be unveiled on Oct. 6, he wrote.
Posted by Harvey The Pooka at 9:46 AM

Email ThisBlogThis!Share to TwitterShare to FacebookShare to Pinterest
Labels: Dr. Who Confidential