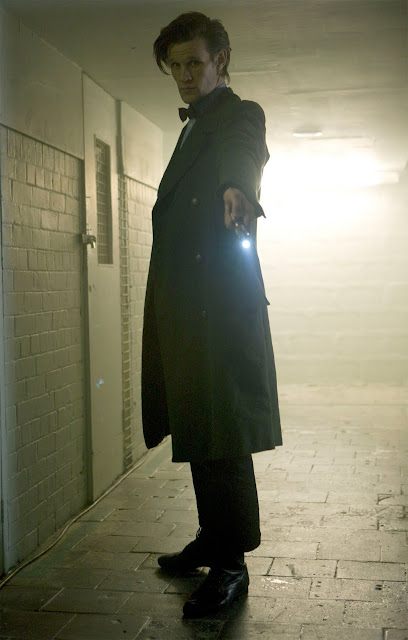 Here it is the penultimate episode of series 6 and what a cliffhanger it had at the end.  This story sees the return of a couple of familiar faces one is Craig who we last saw in The 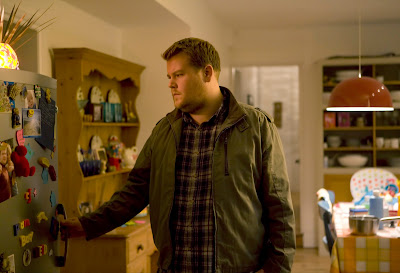 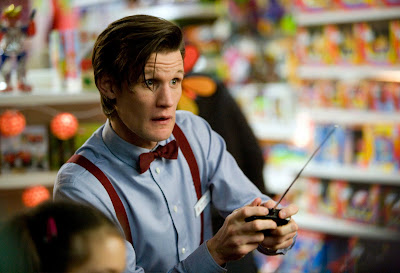 Lodger and The Cybermen return also this time bringing the Cybermats with them.   I enjoyed watching this episode as it was pretty light hearted and and funny.  It was a change of pace from the last three stories which were dark and scary.  It was good to see the Doctor interact with someone besides Amy and Rory.  This was a pretty good story about two guys trying to come to grips with their shortcomings and the two of them together battling through it while finding out what the Cybermen are up to.  But unfortunately this nice story will be over shadowed by what happened in the closing moments.  By that we find out who was in the astronaut suit and who shot and killed the Doctor.  No big surprise it was River but I'm not gonna dwell on that now as I'll save that for next.  I will say this.  It was a cool cliffhanger. 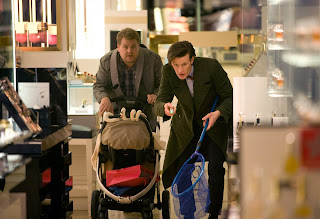 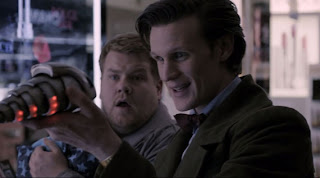 Closing Time saw the return of the Cybermats also.  Last seen in the Revenge of the Cybermen these little guys cause quite a havoc.  So it was good to see them return and be pretty vicious.  Just look at those teeth they have.  The Cybermen were kinda of limited in this story.  Sure they were the  protagonist but they were not the main reason of the story.  Sure the Doctor and Craig were investigating what they were doing but the Cybermen were not the focal point.  It was more about the Craig proving himself well mainly to himself that he can handle the responsibilities of being a dad and for the Doctor it was coming to grips of his actions towards people he likes and to facing up to what lies ahead for him.  As a father myself it can relate to what Craig is going through.  Closing Time was pretty good at conveying that message and throwing in some pretty cleverly done comedic scenes made this even more enjoyable.  I mostly liked when the Doctor shushed everyone and they instantly went docile.  Those scenes were very enjoyable. 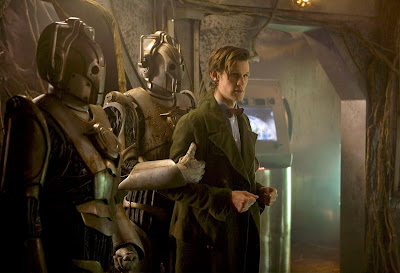 I did like seeing the cameo of Amy and Rory shopping in the shop.  But it seemed strange to see Amy all of a sudden being a model for perfume.  For the girl who is tired of waiting.  I would have thought if the Doctor was working in that shop as long as he was that he would have seen that advertisement before.  the name of the perfume is kinda odd. Petrichor or the smell of dust after rain. See for yourself Definition of Petrichor  But I guess it's appropriate in keeping with the water theme.   Being a fan of the Cybermen I have seen them get defeated in some pretty stupid ways like in Silver Nemesis when Ace used gold coins and a sling shot.  But using the emotion of love.  Well I guess so even though I can see that working considering what the point of the story is with Craig and his son.  Plus they did make him Cyberleader so he would be tied in to the main interface.  But this is a minor tiff and hopefully some day we will have the Cybermen return to glory. 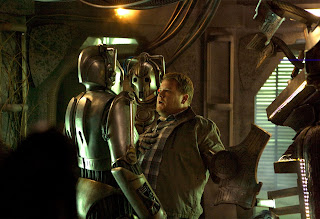 In all Closing Time was a pretty enjoyable story that was a nice change of pace from the way the season had been going.  It had some pretty good performances from Matt Smith and James Corden and hopefully we get to see them together again as they have a good chemistry together.  Gareth Roberts gives us a nice and easy plot to follow that gives our brain rest which is good since we will need it for the series 6 finale.  A very enjoyable story that I enjoyed watching very much.
Grade B+
Posted by DR5WHO at 11:05 AM

Email ThisBlogThis!Share to TwitterShare to FacebookShare to Pinterest
Labels: doctor who, doctor who closing time, Doctor Who Series Six