Doctor Who - The God Complex (Spoilers) 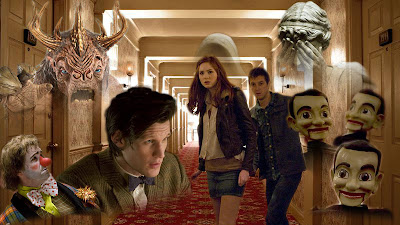 Could this season of Doctor Who actually have two good episodes in a row? From the trailer it sure looked to me that this was my type of episode. Or so it seemed..... 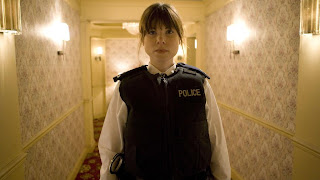 For the most part, this story was exactly what I thought it was going to be. The nightmarish setting with fears, or in this case, faith, being the enemy. The setting and characters match well with the plot, creating an eerie atmosphere. For 90% of the episode everything was just fine. Unveiling slowly is the realization that the Doctor, Amy and Rory are in a prison where the inmates are being scared but what appears to be their greatest fears. It is of course up to the Doctor to convince the survivors to put away those fears. The twist that it is faith that ultimately kills them is a surprise but leads to several questions that I have. 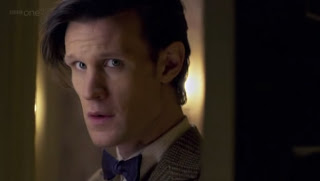 Normally I can follow Doctor Who episodes. I may not like how cluttered and frenzied the stories can be at times with loads of plot devices and characters being thrown in for no real reason other than the viewer reaction “OH, Cool!!!!!” Perhaps it was because I was half asleep while watching this episode but for the first time in years I couldn't understand what had just happened. I am sure people have the answers but unless the episode clearly answers this, I can not accept jumps in logic to come up with answers. 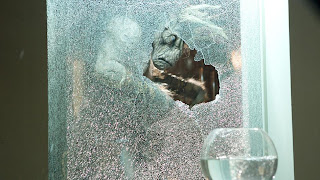 Here we go -  Why did the prison take those particular people? Was there a reason? Its not that they have the strongest faith. Then we come to Amy's faith, perhaps the strongest faith in all of Doctor Who history for the Doctor. To break this faith the Doctor says a couple of sentences and BAM! That is is, Amy loses her faith that easy. Then the Doctor drops them off and leaves. And they accept it that easy. Wait a minute? Am I missing something here? 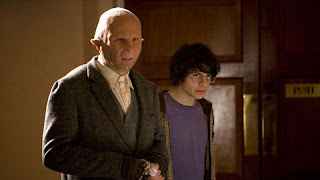 There is discussion on the forum on why Amy and Rory would give up their search for their baby and settle down with a new car..... Um, that story is done. They found Melody and spent their lives with her. That timeline is finished. It may seem a cop out but blame the writers and not Amy and Rory's bad parenting. That is not the let down. Why would a girl who waited years for the Doctor just give up that easily?

Obviously Amy and Rory needed to be removed from the Doctor for a period of time (either the rest of the season or perhaps forever). They may become more like River and be involved from time to time or perhaps they will be back by the season finale. Either way, the reason was weak and really damaged the rest of the story which had a chance to be a really good one. For the second week in a row I feel I must watch the episode again, this time though not because I liked it but I felt there was something missing in the conviction and motives of these characters.
Posted by SHADOKP at 12:32 PM

Email ThisBlogThis!Share to TwitterShare to FacebookShare to Pinterest
Labels: doctor who, Doctor Who The God Complex, review