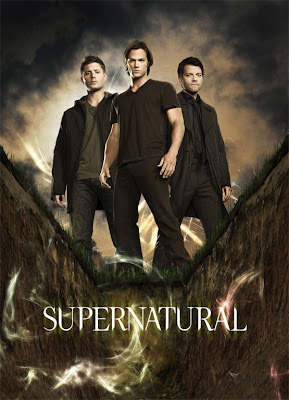 I can't believe this show is already in its seventh season. I love how the show continues to change and stay fresh but could the show keep this high standard by having one of it's best liked characters become God? 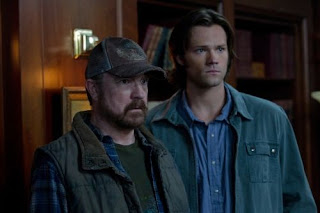 My main concern with this season was that Castiel would remain all powerful and be sort of the enemy of Sam and Dean for its entirety. Well, glad to see that isn't going to happen..... Anyhow, I think the chemistry among the characters is one of its best features of the series. Sam and Dean is always a great combination for this but with Bobby and Castiel there, the formula is pretty outstanding. To see one of them change as with Castiel was annoying to me but I was still fascinated on what would happen.

It was obvious early on that Castiel's new position as “God” would be short lived and I hoped for a scene where he appeared in front of Sam and Dean and asked for their help – and this happened!! Of course, as Dean mentions earlier on in the episode, their luck is bad and they never catch a break and so it appears that Castiel's body being possessed by a Leviathan or two. This makes him the big bad of the season, or at least for the immediate future. 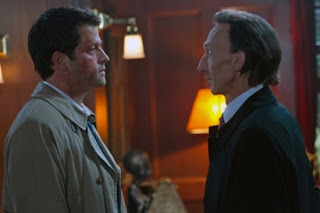 Sam's reality is in question as he is starting to suspect that he may still be in Lucifer's cage. He believes it enough to even vanish before the climax of this week's episode. Shame on you Sam. Couple this with the emergence of a new level of monster, the Leviathans, and we have what appears to be another incredible season.

My slight concern stem from the habit some shows have of making the enemy, odds or task much to powerful or difficult to overcome. Supernatural has done a pretty good job with this with its mythology of Angels and Demons. There are limitations and weaknesses on both sides, balancing the power. Having Dean and Sam going up against these way too powerful beings can seem ridiculous but again, the writers have balanced it well so far. 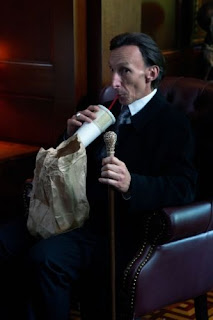 Other highlights for this first episode include the “Road So Far” music montage (Slow Ride by Foghat) which does a great job giving us the pertinent reminders needed to understand this episode. Can't wait to see the repaired Impala!! I love seeing the reactions by the tied up couple as Death and God face off with one another. So bring on this season!!!
Posted by SHADOKP at 11:24 PM