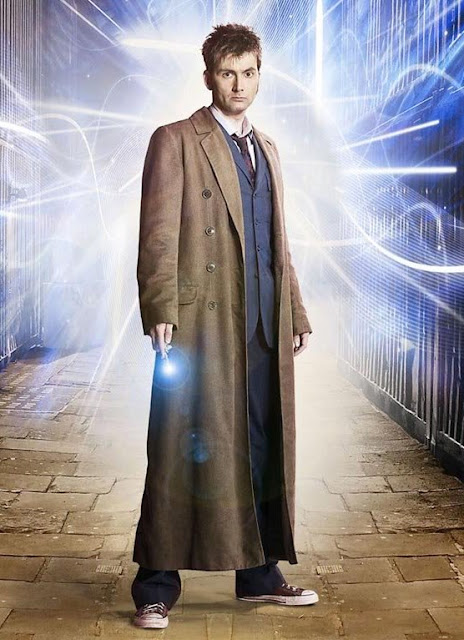 A Tribute to the David Tennant Era of Doctor Who


“I don’t want to go”  the final words uttered by David Tennant as the 10th Doctor might be what a majority of fans were actually thinking as the days were counting down towards his last story.  I myself didn’t want David Tennant to leave the show. I guess after 4 years of enjoying his performance as the Doctor I got a bit selfish, as most fans do, and didn’t want his era to end.  As with most things in life as the quote goes “in life all good things come to an end.” 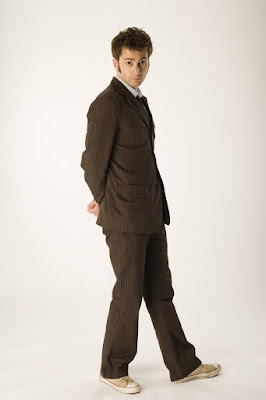 Since he took over from Christopher Eccleston on Christmas day in 2005 David Tennant cemented the part as his own.  He brought enthusiasm, charisma and a lot of emotion to the Doctor that seemed to be sort of lacking with the previous Doctor.  What made David Tennant a good Doctor is that when an episode was pretty weak his performance saved it from being a clunker.  Well most of the time.  There are a few exceptions.  (Love and Monsters comes to mind.)   The 10th Doctor could be funny and goofy at times but he could turn deadly serious if circumstances merit it.  The thing that always sticks out about David Tennant was his love for the show. 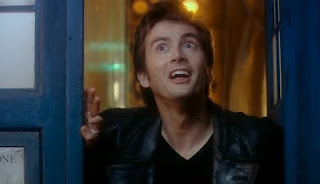 He has stated several times in interviews that he was a fan of the show.  Maybe that is why he may be regarded as one of the most popular Doctors ever.  Recently David Tennant was voted the most popular Doctor ever.  That vote could mainly be contributed to the fact that David Tennant is the face of the new generation of Doctor Who fans.   When people think back about the return of Doctor Who they will think about David Tennant and his 4 years not Christopher Eccelston’s 1 year cameo.

It’s simple to figure out David Tennant has been the face of Doctor Who for so long that it mirrors the 70’s when Tom Baker was king.  People will recognize David Tennant for being the Doctor more than anything he will do next.  Maybe that is more of a tribute to his performance and the way it stuck in peoples minds as being one of the best portrayals of the Doctor ever. 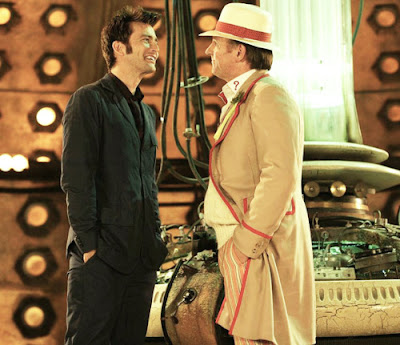 When we look back on the David Tennant era we will think of stories that saw the return of Sarah Jane and K9.  We will be remembering the way Rose was  taken away from him in a battle with the Cybermen and Daleks.  How can you forget one of the best stories with a bunch of Weeping Angles and Sally Sparrow.  We also saw the return of the Master, Davros, Sontarans and the Timelords. How can you forget the 5 minute mini episode when the 10th Doctor meets the 5th.  It was a classic way to bridge old with new and feel all fan boy about it. 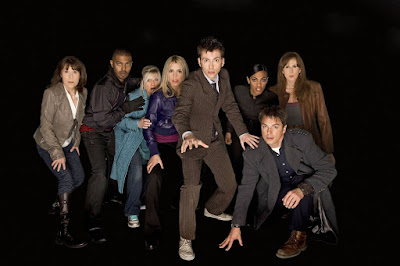 David Tennants Doctor was very lucky to have good companions with him.  Rose, Martha, Donna, Captain Jack and Wilf all brought out the best in each other and there have been some pretty good touching moments between David Tennant and his companions. For one how can you forget the scene where he has to save Donna and wipe her memory of their time together.  Very sad indeed. 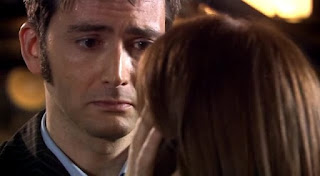 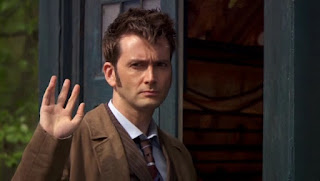 I’m not going to make any excuses.  I think David Tennants era of Doctor Who was pretty good and very enjoyable to watch.  I know there are some who can make an argument against David Tennant but you have to admire his performance and popularity to keep Doctor Who going for Matt Smith to give it a go.   So it’s been a heck of a ride with some great moments and performances that makes David Tennants portrayal of the Doctor one of the best yet.  So here is to David Tennant and the 10th Doctor for 4 years of great memories and one fantastic era.