Doctor Who - Synopsis For The Entropy Plague 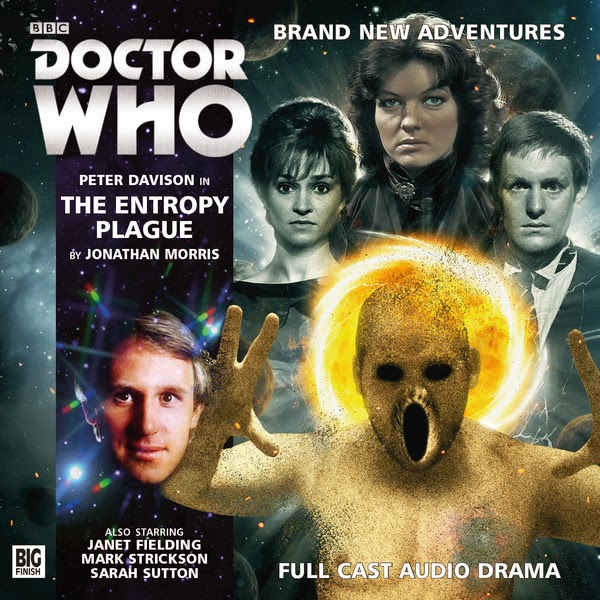 This month's Main Range release concludes the 5th Doctor E - Space trilogy. Will we see our hero get back to our universe or not.  Find out in The Entropy Plague starring Peter Davison.  You can order this audio adventure from the Big Finish website.
http://www.bigfinish.com/releases/v/the-entropy-plague-869

A Great Darkness is spreading over E-Space. Entropy increases. In search of a last exit to anywhere, the TARDIS arrives on the power-less planet of Apollyon, where the scientist Pallister guards the only way out – a mysterious portal. But the portal needs power to open, and the only power Pallister can draw on is the energy contained within the molecular bonds of all living tissue...

The Doctor, Nyssa, Tegan and Turlough soon learn that neither Pallister nor his ally, the space pirate Captain Branarack, will stop at murder to ensure their escape. But they're not the only menace on Apollyon. The Sandmen are coming – creatures that live on the life force; that live on death.

Death is the only way out into N-Space. Death, or sacrifice.