Marvel vs. DC - March 2015 Edition - Supergirl Appears and The Avengers Gear up for Ultron


A relatively slow period before The Avengers: Age of Ultron hits the big screens in a couple of months.  I can't imagine that a new trailer would make me want to see this movie more than before.

My reservations on Ant-Man are growing and I just feel that this film may not live up to any of the other Avengers Universe movies.  This may be fine with Marvel.  They are not putting a lot of stock into this film.  It has not been previewed or hinted at in any previous of their films and unlike Guardians of the Galaxy, the trailer is not really that compelling. So we may be in store for a long drought of exciting superhero stuff for a while, right?  No!

First off, Ant-Man could surprise like Guardians of the Galaxy did.  The film may be really good. Also, there is a Fantastic Four film coming out that many are writing off because of a bad trailer.

The trailer itself is not bad but it is hard to identify this as Fantastic Four.  Both Fox and DC have decided to not copy Marvel in their mostly literal translations of the comics to the big screen.  Reed Richards is a younger man and they don't travel into space and Doctor Doom's name is not Doom and so on.  This is their call and risk.  I hear all the time that Fantastic Four or the 'cool' title - FANT4STIC, looks awful but that is mostly because of the changes and casting.  If all studios followed Marvel's blueprint, all superhero films would be the same.  I would love to see Fantastic Four fit into the blueprint set by the comics and the Marvel Movie Universe but they sort of did this with the original movie in 2005 and now everyone hates that movie.  Not sure why.  I enjoyed it for the most part but now we are comparing these films to Iron Man, Captain America and Avengers.  Suddenly The Amazing Spider-Man, Fantastic Four and others don't look as good, right?

DC is also going in a alternate route with a darker feel.  Man of Steel was pretty good and had some excellent ideas but it strayed way too far from the comic blueprint.  The recent Batman films did not. You can just see an executive seeing how massively popular the Batman films were and saying that the DC films must all look and feel like that.  Fine.  If you don't want to copy Marvel with their lighter mood and humor than that is fine but don't come crawling to us when your franchise fails to match up to Marvel.

I am not writing off DC yet but if you count all the films in this, their first phase, the number is one and that was Man of Steel.  The Batman films may not even be canon and if they are, there will be a new director and actor so it really is starting afresh.

Speaking of excitement, we should see a Batman vs Superman trailer later this year.  This trailer has to be good enough to deaden all the fears the fans have about the film.

Captain America - Civil War is getting more and more crowded with the addition of Hawkeye in the film.  I would imagine that this film is going to completely melt my fan mind when I see it but it feels Marvel is trying to do a little too much.  They know they have limited time with this current Avengers group and Marvel's next risk is going to be the Ant-Man and other new superhero movies like Doctor Strange and Captain Marvel. 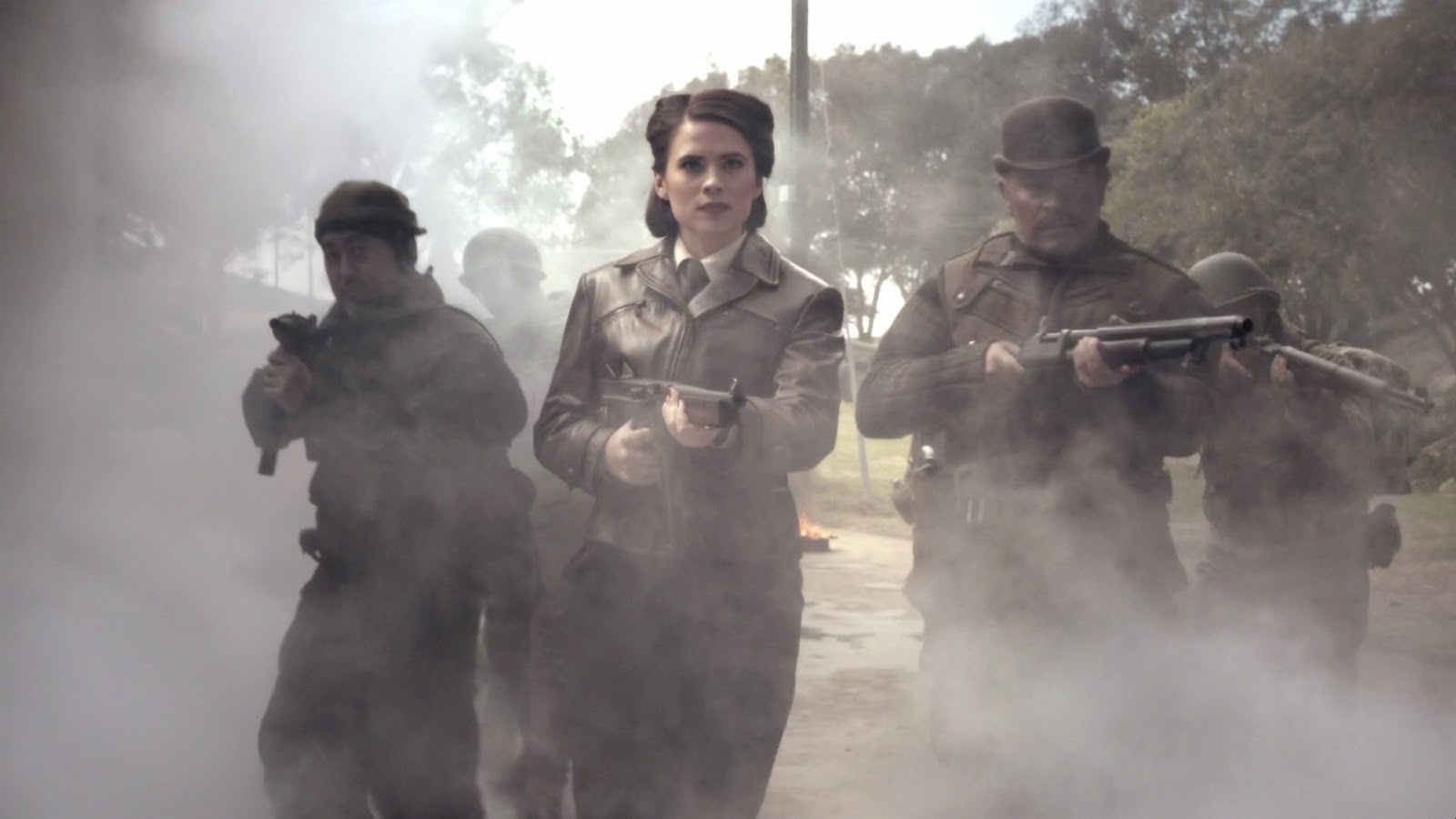 On the television front, Agent Carter finished it's limited run.  I loved that series and thought it was excellent.  Hope it gets a second season and I would be happy with another winter showing of 8 episodes.  I think there is more that can be told from that time period and Hayley Atwell is superb as Carter - one of the best female characters on television. 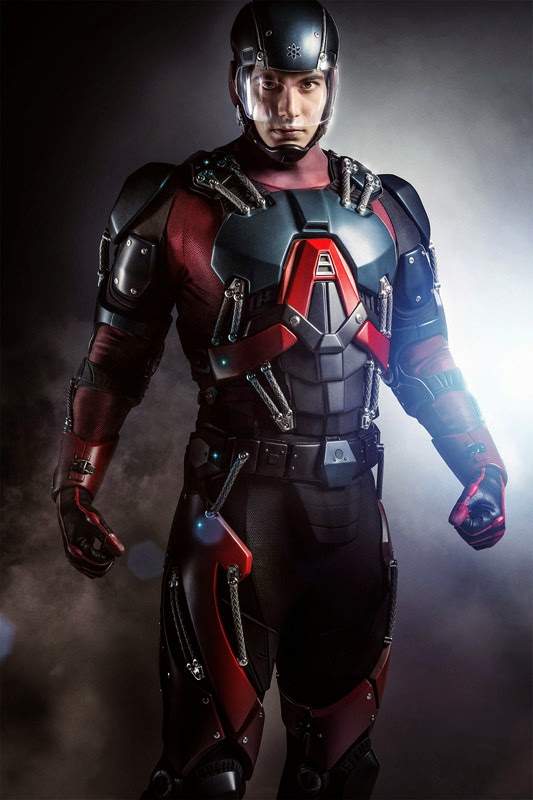 Agents of SHIELD is back and suddenly it looks more like a Marvel movie with Inhumans galore appearing.  I struggle at the thought that fans of the movies have decided not to watch this series.  I really hope it goes on and we see connections with the upcoming movies and how it ties into the Inhumans movie in 2018.  Really exciting.

DC is still kicking it with its television programs.  Gotham, Flash and Arrow are all excellent and now there will be a spin-off with the Atom, Captain Cold and Firestorm heading things up.  Not sure if this is just a bit too much and one has to wonder what Caity Lotz is going to do in the series since her character is no longer.... well... spoiler.....alive.

With the reveal of DC's Aquaman, fans everywhere cringed but the costume for CBS's Supergirl is perfect. 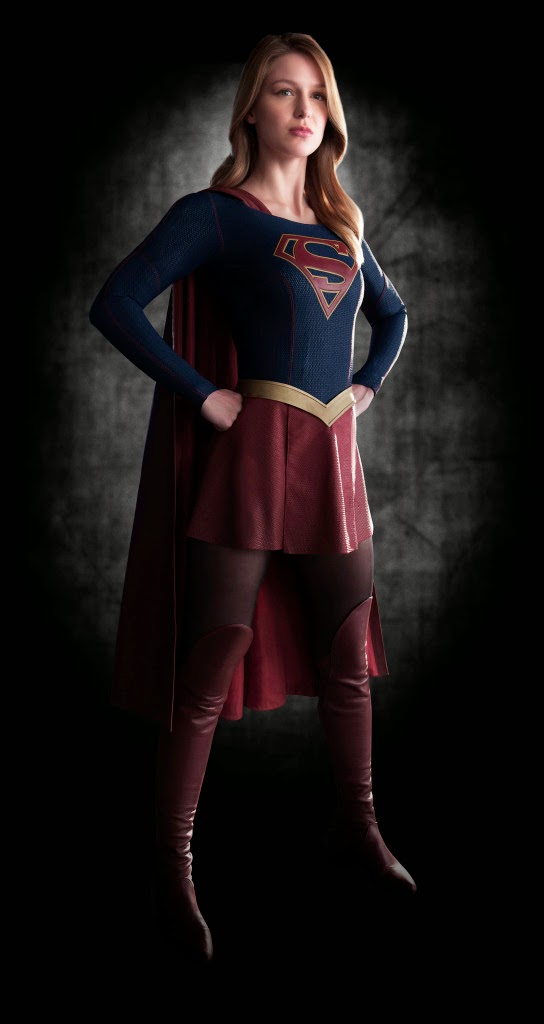 It is also good that we don't have to wait 10 seasons to see the costume.  Yes, I am pointing at you, Smallville!

Marvel has a new show coming out soon, on Netflix and after seeing this trailer, I may bite the bullet and sign up for the service.

I have to say that Vincent D'Onofrio looks great as Kingpin! 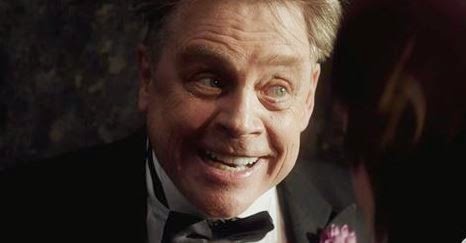 And finally, it will be good to see another alumni in the Flash series as Mark Hamill reprises his role as the Trickster.