Rose is wandering in the cellar of the shop she works at to give Wilson the lottery money.  She is having a hard time finding him and she seems to be seeing movement in the corner of her eye.   It appears that the shop dummies have come to life and have proceeded to chase her.  Rose thinking it is a college prank yells at them to stop it.  It appears that the shop dummies are Autons and have every intention of killing her. When out of nowhere a stranger grabs her hand and tells her to run. 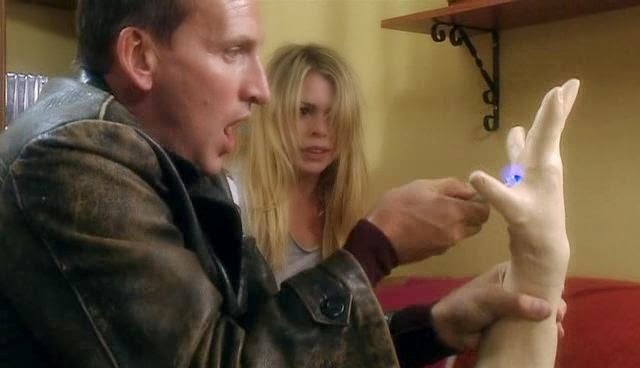 The stranger is the newly regenerated Doctor and he is searching for the Autons and along the way he blows up the shop that Rose was working at.  During his search he meets up with Rose again at her apartment and gets attacked by the Auton arm Rose had from the night before.  The Doctor saves her and decides to go on his way still searching for the signal that the Nestene Intelligence is sending. After saving Rose again from the Autons , who was disguised as her boyfriend Micky, The Doctor takes Rose with him to track down the signal using the Mickey Autons head.  After finding the base it is up to The Doctor and Rose to convince or prevent the Nestene Intelligence from invading Earth. 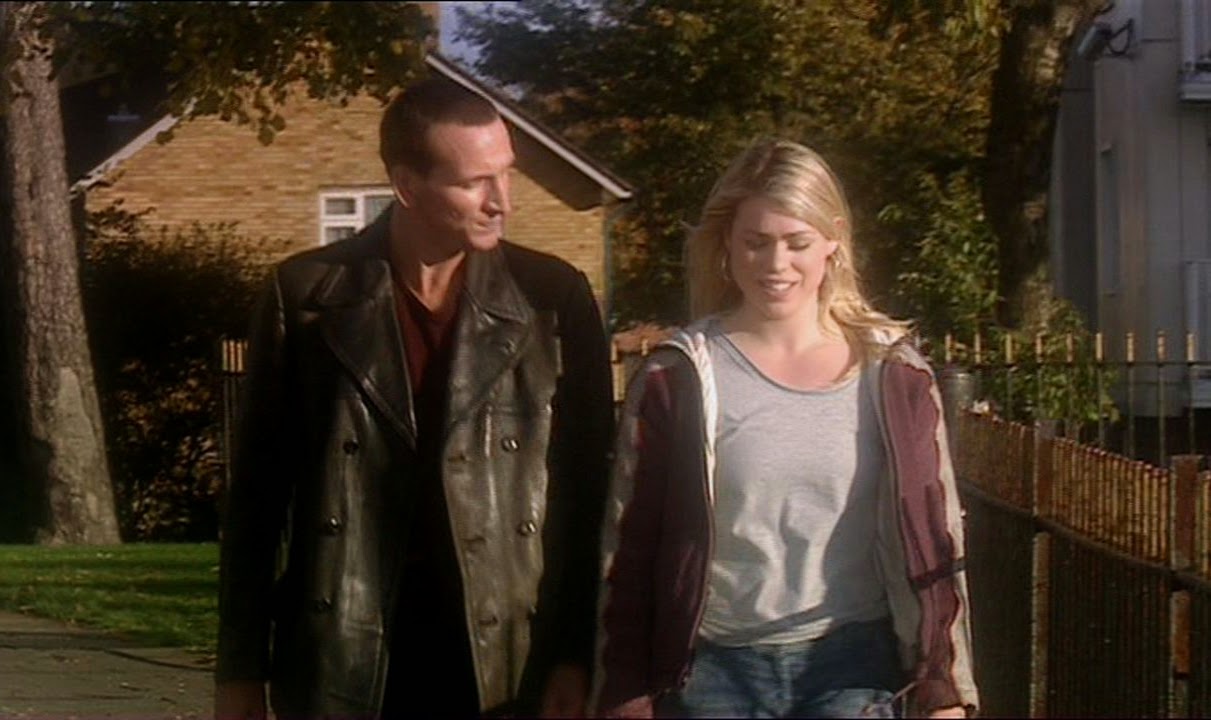 Rose has the historical aspect of being the first episode of the new Doctor Who series relaunch back in 2005. Yes we had the McGann movie but this was the return of Doctor Who proper with a new 13 episode series. We got an new companion in Rose played by Billie Piper and a new Doctor the 9th in Christopher Eccleston and a new format in 45 minute self-contained stories with a couple of two part stories to make sure the cliffhanger stayed a part of the show.

There was a lot of excitement when Rose first aired as lots of people had high expectations and the fans of the classic series were anxious to see the new Doctor and see what the new series would be like.  I know I was pretty excited and could not wait to have brand new Doctor Who on television again.  I’m pretty sure most of us liked the new show as we are now going on to series 9 and the 10th anniversary of NuWho .

Rose was a pretty good story to restart the series of Doctor Who as it wasn’t a complicated story and it did a good job of reintroducing everyone to Doctor Who.   By not having a complex story Rose was able to ease the new fans into the show and with the Autons included it satisfied the old guard also.   The story also helped established the Doctor and companion relationship and why it was important for him to have someone traveling with him which will be explored more in depth later on in the series. 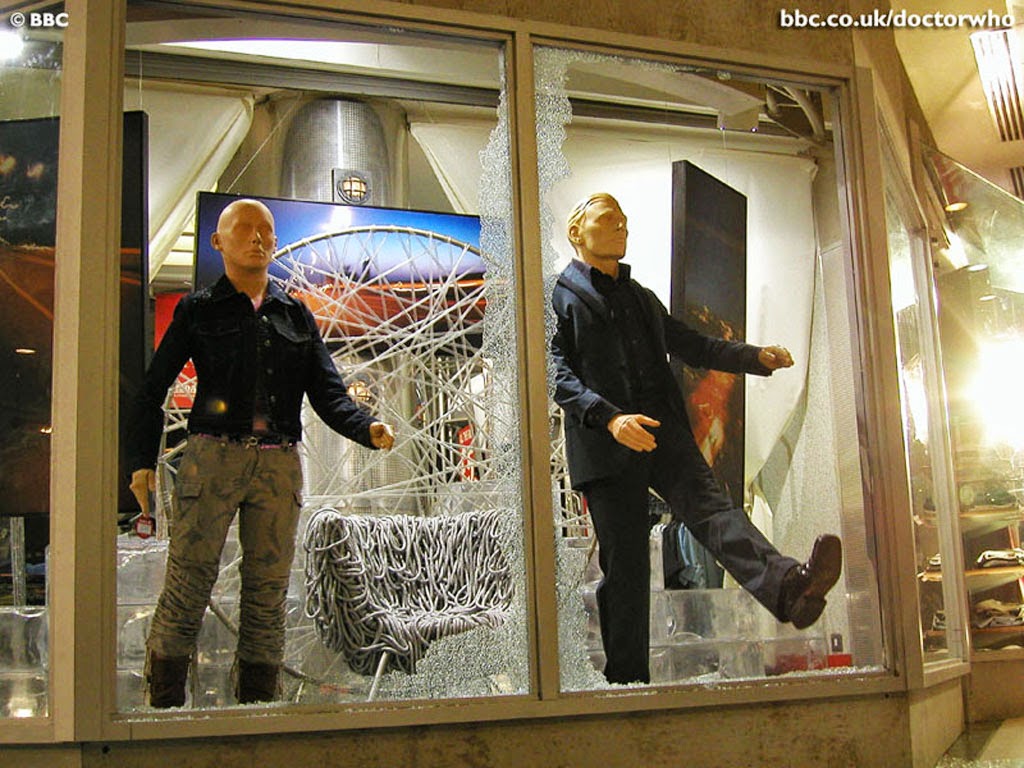 Rose the story was, well, mediocre.  It was fun seeing the Autons making a comeback but the story sort of falls short.  You have the silliness of the garbage bin belching after it swallowed up Mickey ruining a pretty decent tense scene.  Why would it belch? It seemed rather stupid to me to have the bin do that.  The first moments of The Doctor gave you the impression that he is a rude Doctor who seemed silly but thankfully that wasn’t the case as the series went on.  The best thing about Rose is that it gave us some mystery to ponder about what happened to The Doctor and what was this war he fought in lots of questions that would eventually get answered later on.  In truthfulness we still haven’t gotten all the answers yet 10 years on but we do have a better picture.

Rose is a pretty decent start for the return of Doctor Who even though the story wasn’t all that spectacular. It was a resounding success as it brought back our favorite Time Lord and the show was finally back on TV after 16 years off the air.  Those that suffered through the Wilderness Years were the most appreciative of the new show even if for some it wasn’t what they hoped for.  Rose also is important in bringing the show to a new audience who never watched it because it wasn’t on when they were and now we know the fanbase has been reinvigorated with a youth fanbase that will be around for years to come. We all know the importance of Rose, old fans and new, because if it had failed then Peter Capaldi would not be The Doctor today.
Grade C +