This is the first in a monthly blog that will cover things in Sci-Fi that have caught my eye.  I won't be covering the Marvel and DC movies as that will be another blog and everything Gerry Anderson is another monthly series (although I may cheat once in awhile).  This is more of a random look at some of the bigger sci-fi news and my personal opinions on things. This, being my first part, is a bit bigger than it should be so for that I apologize.  So here we go.


Neill Blompkamp’s Alien Movie – so you probably heard about Neill Blompkamp and his new Alien movie project.  This is something that has been in the works for a while and now it appears to be happening.  Blompkamp is coming off of his latest project, Chappie, which I thought was excellent. His style of movie making should translate perfectly for the Alien universe.  Just check out this short Halo movie –

Perhaps the most interesting thing about this is the fact that Blompkamp is planning on ignoring Alien 3 and 4 and just creating a sequel from the first two films.  These released drawings show that the film will include Sigourney Weaver as Ripley and potentially Michael Biehn as Hudson. 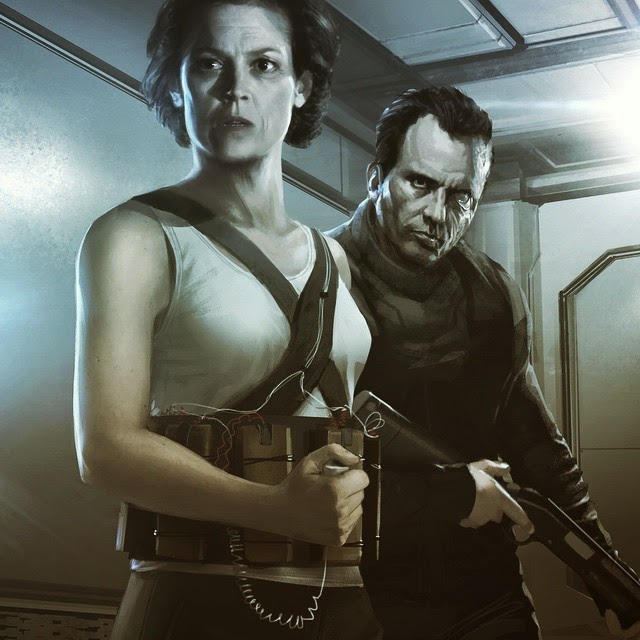 Now I am a big fan of Alien and Aliens.  They are both in my top 10 sci-fi movies list.  Alien 3, in my opinion, completely undermined Aliens.  It completely erased the movie from existence and that is something that I take offense to.  Suffice to say that I hated Alien 3.  I sat through the movie clenching my fists and it didn’t matter how good or bad the film was, I was not going to accept it at all and still don’t.  Sure, people like to play the game and say, ‘it really wasn’t that bad’ or ‘I kind of liked it’ but compared to the previous two films, Alien 3 was filmed in a garage using playdough and action figures.

Alien 4 looked good and tried to be better.  For the most part it was, but again, I was still fuming at what Alien 3 had done. Now Blompkamp is stating that this is a direct connection to the first two films which means he will ignore 3 and 4 or do some weird sci-fi type worm plot hole to have an older Ripley and Hicks, along with perhaps Newt fighting aliens again.
I am not that jazzed for this as I would have been years ago but Blompkamp is in my thumbs up column right now and so it should be very interesting. 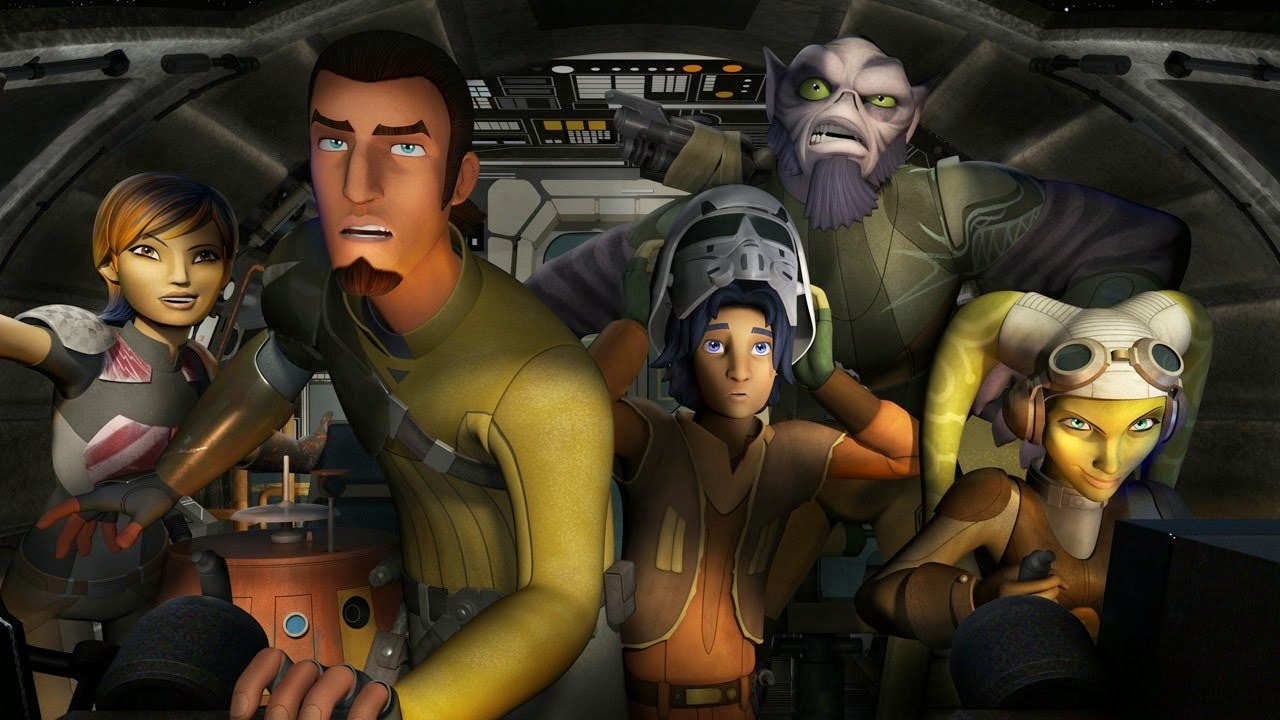 Star Wars: Rebels – I have just caught up with the remaining episodes this season and was amazed how of all the spoilers floating around the internet, that I did not see this one ahead of time.  Sure, I had heard that Darth Vader was returning and so this should lead to an interesting second season but wait a minute…. Spoilers………..Ahsoka!!!!! WOW!  Never thought that would happen but I am so glad it did.  I am kind of hoping she is at least mentioned in the movies coming up but to see her in Rebels is amazing.  Her appearance was a bit boring but I hope she has a good part to play next season and to see her against Darth Vader would be a highlight.  I wonder if Disney has the guts to perhaps kill her off in the series?

Orphan Black – this show won 10 Canadian screen awards including best actress for Tatiana Maslaney.  I know, not big surprise there.  She should get every best actress award for every part she plays in the series – at least 6.  The third season is back on BBC America April 18.  I just finished watching the second season on blu-ray and am still amazed at the acting in that show.  I am not really into acting that much but this show is incredible.  The story is amazing and I can't wait to see what is next.

Tomorrowland - This looks like it could be lots of fun and after seeing this trailer, it has moved up my list of interests this year.

Return to Metropolis - I recently broke down and bought a region free blu-ray player as I have a few upcoming titles that are only available in the UK, one of which was the Steelbook Metropolis by Eureka. I already have the excellent release by Kino Video a while back but the packaging looked incredible and so I double dipped. The set includes new documentaries and the colorized 1984 Giorgio Moroder version which was the first version I ever saw of this superb movie. This Steelbook includes the excellent new print with the recently found (2008) footage that completes all but just a few minutes of the original edit released in 1927. The history behind this film is almost as interesting as the film. The film is a mandatory viewing for all film and sci-fi buffs.

I have only seen this film a few times but enjoyed watching both versions again. What stood out for me more in this viewing was the differences between the various versions and how the edits changed the emphasis each time. I also appreciated Brigitte Helm's work as the main lead, Maria/robot Maria. She went all out in that part and was incredible.
http://www.amazon.co.uk/Metropolis-Ultimate-Collectors-Edition-SteelBook/dp/B00Q8LDNFO 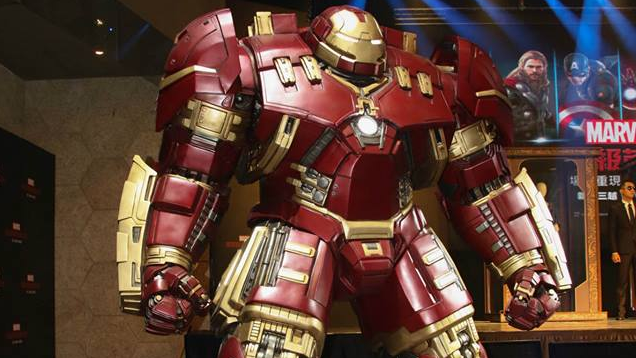 New Toy to Buy? - On the toy front I saw this and thought......where would I put this? A full sized Hulkbuster? This nearly 10 foot tall statue (not a suit of armor) is around $22,000 but I am not sure if that includes postage. The cost of this would be a bit more because I would have to buy a new house to put it in. A large living room might work but I don't think my wife would approve. Perhaps in my rec room leading to my theater.... yeah, that might do it. So add a few hundred thousand dollars more for the house and don't forget batteries as the statue lights up. Add an additional couple bucks for the batteries.


This got me thinking about what other full sized statues that I would rather have than the Hulkbuster. Here are a few.

I forgot all about Ascension and I guess everyone did as well. That was that 3 part mini-series on SyFY Channel which aired in December. It was a promising looking show about a ship sent out into deep space in the 60's. It was interesting as the series took place in present day but we are seeing how things evolved on the ship over time. The retro look and attitudes remained with the crew of the ship while life on Earth is as we know it. An interesting little study in a society mostly cut off from its home world. The limitations of the series and the super twist endings that were not as much of a surprise as the producers had hoped, were part of the reason why it was forgettable. The show has not been renewed. 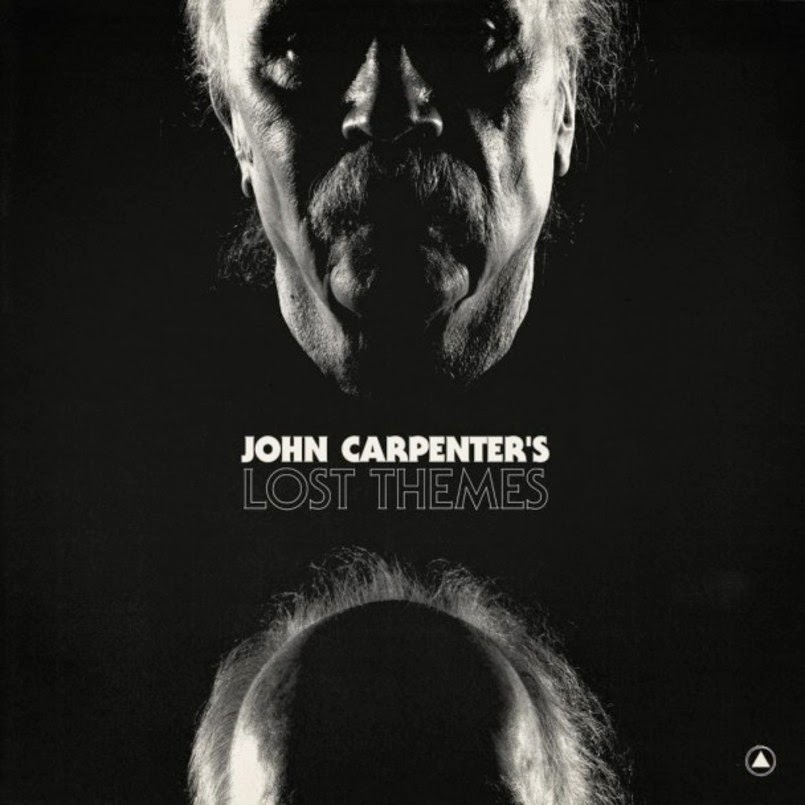 Music while I write -I have been listening to John Carpenter's new music lately. He just released a new album called Lost Worlds and it includes music that he and his son put together. The music feels like his famous music from his various movies like Big Trouble in Little China, Prince of Darkness and Escape From New York. I have always loved his work on movies and the soundtracks were always a highlight for me. Great stuff.

BFI is re-releasing Blade Runner in the UK and here is a trailer. Nothing new as the final cut was released in 2007 but any chance I have to show the trailer to this incredible masterpiece, I will take it. 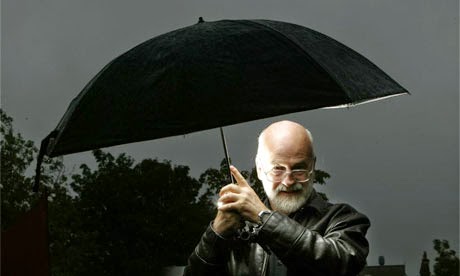 Terry Pratchett passed away last week. The author of 70 books including the Discworld books was very popular with Sci-Fi and Fantasy fiction fans. Pratchett's last years saw him struggling with Alzheimer's. He was 66.

Some Star Wars news – the 8th installment will be on May 26, 2017 and the first standalone movie in the series will be out in December, 2016 and will be called Rogue One and will star Felicity Jones (The Theory of Everything).

I am all for more Star Wars but am admittedly nervous that too much of a good thing will turn the franchise into a not so good thing.  Right now the franchise can only get better as the sour taste of the prequels is still on the taste buds of most people.  So far, Star Wars- Rebels is pretty good but the test will be with the movies and the standalone movies for sure. 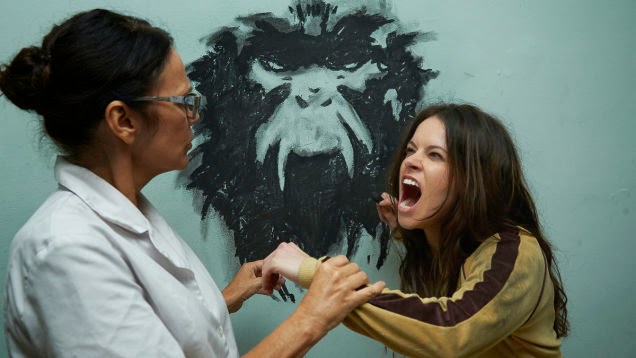 12 Monkeys, the SyFy TV series has been renewed for a second season and will begin airing in 2016. I have yet to watch this series but I am very interested, especially now that it seems to be doing fairly well. I have heard some good things so perhaps I will give it a try this summer.
http://en.wikipedia.org/wiki/12_Monkeys_%28TV_series%29

I leave you now with a couple of cool robot videos for your enjoyment.