"THEY SAY IF YOU’RE TOUCHED BY AN ANGEL, YOU’RE SAVED FROM THE HORRORS OF WAR."

Trapped in a tunnel beneath No Man’s Land, the Doctor and the surviving soldiers under his protection fight for their lives – with open eyes! With the TARDIS lost, the Weeping Angels on one
side and the might of the German front lines on the other, how much will the Doctor sacrifice to keep Gabby safe? And in the endless dark, struggling not to blink, sparks are fanned between Gabby and Jamie Colquhoun… Is he just one more doomed soldier? 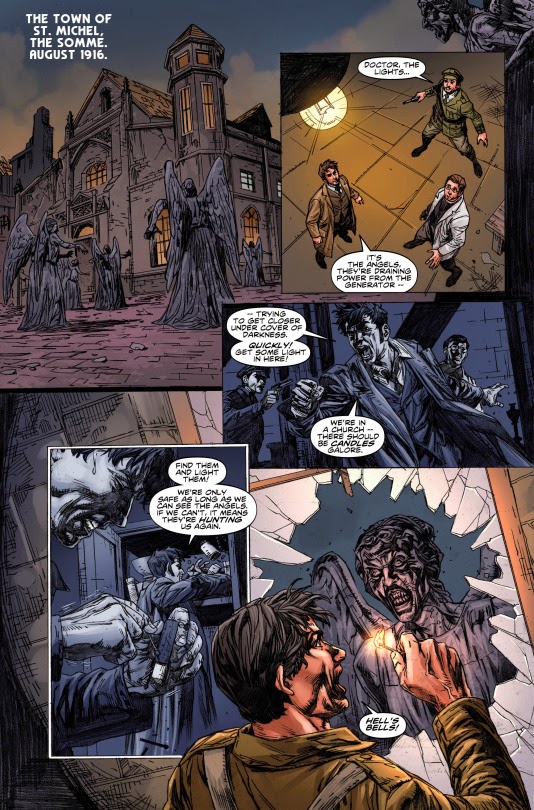