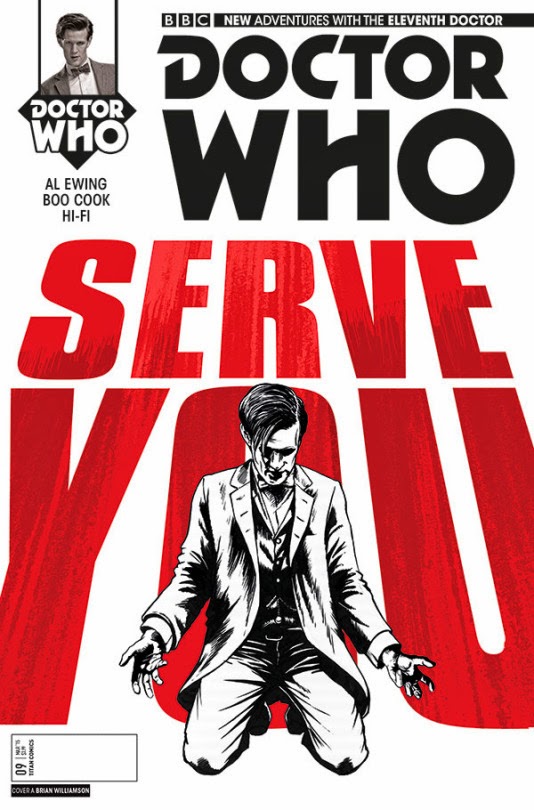 Out today is issue nine of the ongoing 11th Doctor Comic Book continuing the story of The Doctor against SERVYOUinc.  Read the synopsis and preview below.

"I DISLIKED MY ENEMY SO MUCH… I BOUGHT THE COMPANY!"
Fresh from a bruising battle with the Amstrons, the Doctor has decided that enough is enough – if SERVEYOUinc won’t stop plaguing him and his friends wherever they land, he’s going to hit them
where it hurts – by buying a controlling interest in the company!
But what does the Doctor’s corporate career mean for Alice, ARC and Jones? Is there a place for them in the Doctor’s bold new venture? And what kind of sting does SERVEYOUinc have left to deploy?