Doctor Who - LI Who New Guest is a Slitheen!!! Annette Badland Comes To LI Who 3 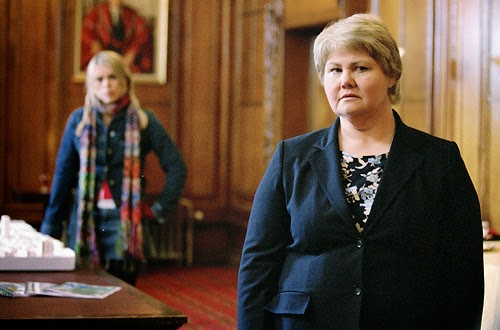 L.I Who 3 has announced the first of many guests that will be revealed this month. The first one is Annette Badland who played Margaret Slitheen in Aliens in London/World War 3 and Boomtown. You can buy your tickets on the L.I Who 3 website.  http://longislanddoctorwho.com/ Below is the official announcement.

LI Who is happy to announce Annette Badland in her first east coast convention appearance. On Doctor Who Annette played Margaret Blaine (aka Blon Fel-Fotch Pasameer-Day Slitheen), initially in “Aliens of London/World War Three”, then reprising her role in an acclaimed performance in “Boom Town” later in Series One. She is current roles include Ursula in the CBBC science fiction series Wizards vs Aliens, Mrs FitzGibbons in the Starz series Outlander, and she is also on EastEnders playing Babe Smith.

Email ThisBlogThis!Share to TwitterShare to FacebookShare to Pinterest
Labels: Annette Badland, doctor who, LI Who 3, Long Island Doctor Who Convention, Long Island Who