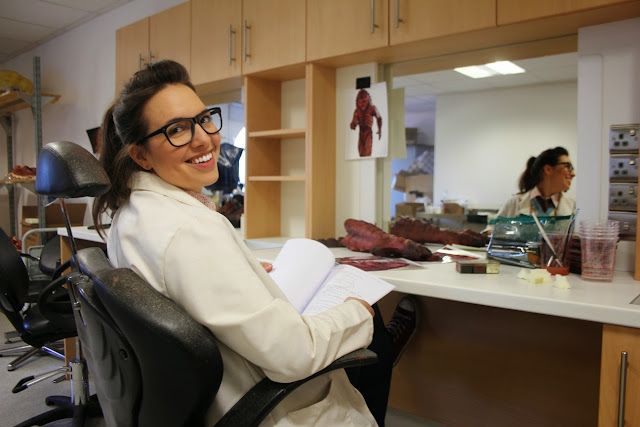 UNIT scientist Osgood, played by Ingrid Oliver, returns to Doctor Who for season nine. Having been killed by Missy (Michelle Gomez) in the show’s season eight finale ‘Death in Heaven’, Steven Moffat decides to bring back the Doctor’s biggest fan.

Steven Moffat, lead writer and Executive Producer, said: “Osgood is back, fresh from her recent murder at the end of last series. We recently confirmed that Osgood was definitely dead and not returning - but in a show about time travel, anything can happen. The brilliant Ingrid Oliver is back in action. This time though, can the Doctor trust his number one fan?"

The last time we saw Osgood as Kate Lethbridge-Stewart’s assistant was with the Twelfth Doctor during an invasion of Earth by an army of Cybermen led by a new, female incarnation of the Master. This time she’s back in action and comes face-to-face with the shape-shifting extra-terrestrial Zygons, as they also return for the new season. They last appeared in ‘The Day of the Doctor’ for the show’s 50th anniversary episode.

Speaking on set, Ingrid Oliver commented on her reappearance: “As every actor who’s worked on Doctor Who will tell you, there’s always the secret hope you'll get the call asking you to come back. To actually receive that call is both unexpected and brilliant. The word ‘honour’ gets banded about a lot, but it really is, it’s an honour. Especially because I was so sure Osgood was a gonner after the last series!”

The two-part episode is currently being filmed in Cardiff, Wales, and is written by Peter Harness (Doctor Who – ‘Kill the Moon’, Jonathan Strange and Mr Norrell, Wallander), produced by Peter Bennett and directed by Daniel Nettheim (Line of Duty, Glue).

Email ThisBlogThis!Share to TwitterShare to FacebookShare to Pinterest
Labels: doctor who, Doctor Who Series 9, Osgood, Zygons