Eye on Sci-Fi - Mad Max, Twin Peaks and 4K Technology, is it for Sci-Fi fans?

May 22
By Ken Parker

The summer movie season is ramping into high gear and what better way to start it off (besides watching The Avengers) is to experience Mad Max: Fury Road.  Good news for Twin Peaks fans and I look at the new home theater technology coming out this year. 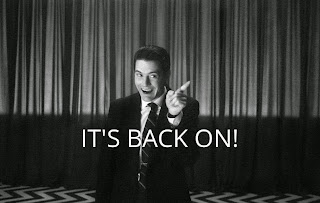 David Lynch Returns to Twin Peaks – After a few month scare, Twin Peaks is back in production. A division between Showtime and David Lynch put the production in jeopardy but after some time and new negotiations, Lynch is back and the 9 episode mini series will be a bit longer now. Several Twin Peaks cast members rallied with fans to bring Lynch back on the project and this is what he had to say - 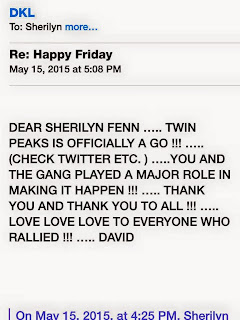 Pixels Trailer - This movie looks bonkers and it could be horrible but I am thinking of giving it a shot. 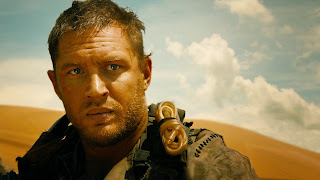 Mad Max – Fury Road – This was one of the biggest films for me this year and it was not just because I am the fan of the original movies. Having seen all of the previous films in order, I have been a fan of George Miller's development. I had hoped this film would have lived up to the original trilogy. It sort of does but I won't know that until more viewings. 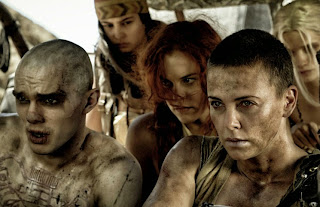 The movie is full of action and the chase and action scenes, as well as the cinematography are works of art. The film is pleasing to look at and is one of the better visual films in quite some time. The story is your standard Mad Max fare with a heavy dose of feminism. Tom Hardy is Max and does a good job with this quiet but ruthless character. He lacks the charisma of Mel Gibson in the original but manages to make the part his own. Charlize Theron plays a female Mad Max type, Furiosa but with a driving mission that sets the story in motion – literally. Nicholas Hoult rounds off the cast as Boy Nux and almost steals the show. 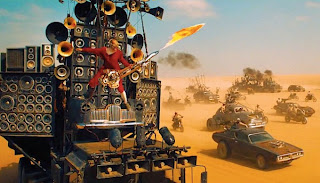 I have grown to like this film each day after watching it, thinking more about what it was and how it was presented. My initial complaints stemmed from the feeling that the film was a bit of a let down, something that has happened to me all year (must be me). While I enjoyed the film, my expectations were too high. The film does not match the original three and I felt that the best parts of the film were when they were not chasing in cars. The initial attack and race into the sandstorm is all excellent but after that I felt the chases might have been too choreographed maybe? I felt the chases were too organized and staged, not cluttered and full of chaos as with previous films. The pole cars, the guitar car and so on were cool and like I said the chases were good but I did not feel the urgency nowhere near the level as I did in the first two Mad Max films. There were moments for sure but I felt bad because I did not leave the theater cheering.

I think this film will grow on me because it seems to be exactly what I want in a film but it didn't feel as raw as the previous films which was always an important part of the film series. With all that said, this might be my favorite film of the year so far or at least the best made film anyhow. I look forward to the sequel, Mad Max: The Wasteland.

Ultra-High Definition Sci-Fi - A new format is being readied for release later this year.  Ultra-HD (UHD) is going to be a new format that will boast 3840x2160 pixels which is around 4x the resolution as High Definition.  So why am I discussing this in a Sci-Fi column?  Well, wait and see.

First off, in order to get UHD you need an UHD TV and then an UHD player or streaming content in UHD.  The TVs are available and despite what you might have heard, they are not that expensive. As of press Best Buy has a 50" UHD TV for $1,000.  That is really good.  But will a 50" UHD be a noticable difference to an HD TV? 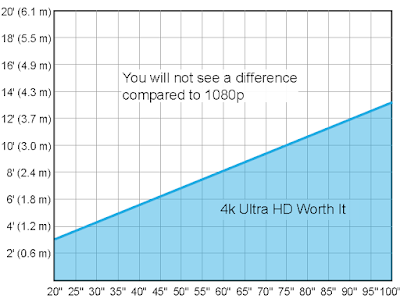 This diagram shows you an estimate on what distance sitting from the TV along with the TV size and whether it is worth it.  You see, the more pixels, the smaller the pixels and the smaller they are the less you see them, the sharper the image.  So if you are sitting 10' back from your TV a 35" UHD will look virtually the same as an HD TV.  A 100" TV would look better though.  Of course, the larger the TVs, the more money is needed. Best Buy has a 78" UHD for $6,000. Ouch.

So, UHD is not worth it, right?  There is no difference, right? 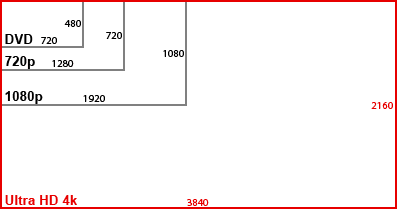 This diagram shows the increase in pixels.  The jump from DVD to HD was big but from HD to UHD is even more of a leap.  Again, if you have the right distance and TV size, HD might work just as well.  The larger the TV size, the more pixels can be seen unless you have an UHD and then it is harder to notice the pixels. 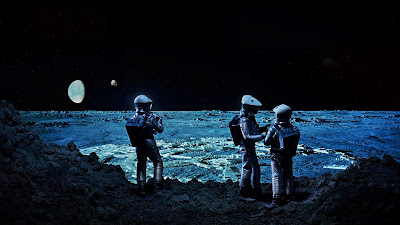 Okay, so what?  Well, if you can see the difference between standard definition and HD and prefer HD then you know why it is a big deal.  Not everyone sees it, not because they can't, just because they don't care.  They might sit down to watch their favorite sci-fi movie on VHS and are just as happy watching it on an old 25" tube TV.  But you take that movie and watch it in HD and it is like watching the movie for the first time.  I was blown away by my favorite sci fi movies 2001: A Sapce Odyssey and Blade Runner and I would love to see these in UHD.  Often people do not have their HD set up properly and so they don't see a big advantage in HD.  UHD also has numerous other advantages with contrast and color and so it is not all about resoultion. 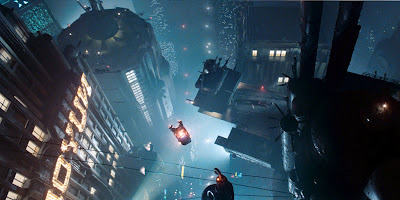 As for the TV, I don't have an UHD nor am I planning on getting one in the near future.  I am watching costs and quality and if I do one day replace my older flat screen in my house, I will probably get an UHD.  You don't need UHD content and so future proofing your TV is a smart move. The costs of these TVs are already cheaper now than HD TVs were during their same time of release. My first flat screen, a 47" was $1,700 and I can get a 60" UHD for the same price.  The prices of the UHD TVs are going down but some of the bigger TVs are massively expensive. See some hilarious reactions to the $120,000 TV.

What else do you need with your TV?  Well, content.  That is where the whole selling point falls apart.  There is little content right now.  There is some streaming 4K content and that is it.  The players will be out later this year but expect them to be pricey.  In the past I would have guessed $700 but these days, I would think $250 or less for a base player.  (Note that I looked up any pre-order prices and found the players to be $700 but still expect the price to fall rapidly). That is still expensive but I remember my first DVD player was $450.  My first Blu-ray player was only $150.  The UHD players are backwards compatible and so they will play blu-rays.  Just like there is no reason for anyone to buy a DVD player for $50 when they can buy a blu-ray player for $50, the same will soon be the case for the UHD player.  Once the price evens out, paying an extra $30 for an UHD is a good future proofing.

Getting all of this out of the gate will cost a pretty penny.  The people that are in the best shape to get this are the ones who are ready to format jump.  Perhaps they have a DVD player and an old 20 year old tube TV.  Buying a new flat screen, player and upgrading those scratched DVDs might be a better investment than someone who's blu-ray player is only 2 years old. 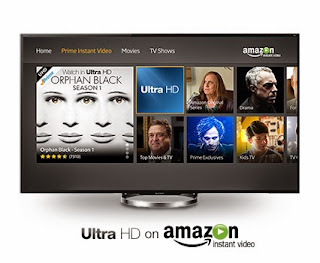 My suggestion is to wait for the technology to settle down.  Allow the players to come out.  Allow the content to come out.  See how the streaming services do for the home markets.  See what a movie looks like in 4K in the stores, a movie that you are familiar with.  Look at the timing.  Were you thinking about upgrading in the next 6 months?  Perhaps waiting 12 months might be good.

My main hold up, beyond pricing and the fact that I don't need a new TV, is the lack of content.  Like the previous formats, I won't definitively make the decision until I see it first hand and see something content-wise that gets me onboard.  I may even pick up a disc or two before I have the player.

There is no guarentee that UHD will catch on.  Blu-ray is not taking over the market.  While HD is the norm now at home, the physical disc era may be coming to an end.  I would expect all UHD TVs and players will have the online streaming ability and so this option has a better chance of catching on with the masses.

Imagine your favorite sci-fi movie in stunning UHD.  I look forward to seeing this and if all those ducks get in a row, I may have an UHD in the near future.  Of course there is 8K to think about!!