Doctor Who - Out Today In The USA "The Cybermen DVD" 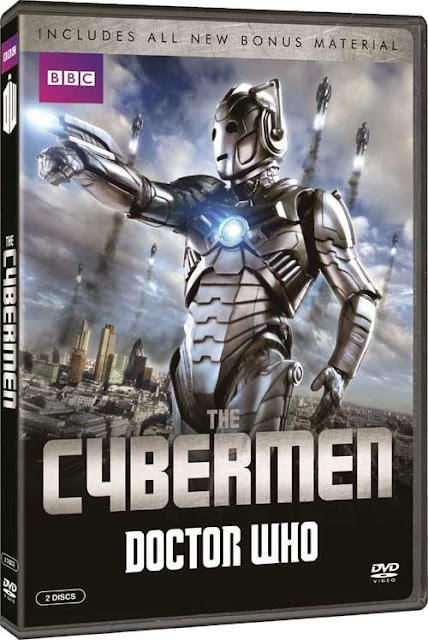 Out today in the USA and Canada is The Cybermen DVD.  This collection of Cybermen stories from NuWho features stories from the 10th, 11th and 12th Doctors.  It also has a bonus story the 5th Doctor adventure Earthshock.  Below is the contents of the 2 disc set.

See the beginnings of the terrifying Cybermen in this thrilling Doctor Who compilation. Few villains in the fantastical world of Doctor Who spark such terror as the dreaded Cybermen - the murderous cyborgs with a bone chilling lack of emotion. This special release features iconic episodes of both the new and classic series showcasing the genesis and increasingly frightful transformations of these creatures, plus all new bonus content tying together the history of these fan favorite monsters.