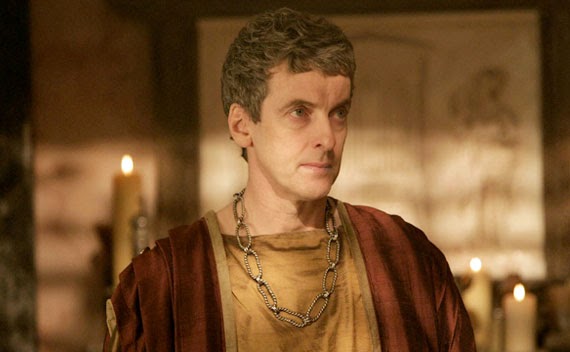 Steven Moffat has been dropping some hints like this little one from Doctor Who Magazine as he was asked if we will find out why The Doctor has a familiar face from Peter Capaldi's past appearances in Doctor Who.  He is quoted as saying:


“Yes, we’re coming back to that idea. In fact, we’ll be shooting the scene in question really quite shortly…”

Now it has been rumored that Missy will not be the same as she was in the Series 8 finale. Talking
about the Series 9 two parter SFX asked  producer Brian Minchin about the return of Missy and he had this to say,


“Steven had the perfect story. It’s not going to be Missy as you expect her to be. Steven likes to surprise everyone and he’s going to do that with this opening. Missy has an awful lot of sides to her and we’re going to see some new ones in this series. We also learn a bit more about her relationship with the Doctor.”

Seems like we have quite to look forward to in Series 9 later this year.
Posted by DR5WHO at 5:00 AM