Marvel vs. DC - Supergirl, Suicide Squad and some Infighting?

May 29
By Ken Parker We have a look at Supergirl, hear some casting news and see a little DC and Marvel infighting.


Supergirl Pilot – Sometimes these things happen. A screener of a TV pilot is accidentally leaked to the public. This is unfortunate as networks want the debut to be big with ratings. OR perhaps they want word of mouth to promote the show months ahead of time and so a pristine copy of the pilot makes it out into the public. This seems to be the case with Supergirl and the release is without some negative points. Apparently the debut for the show is not until November.  Really? 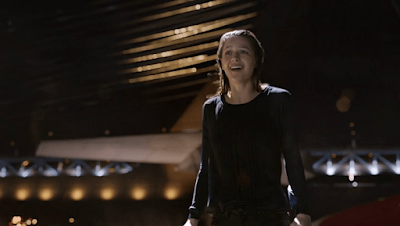 Anyhow, the show is very fast paced and handles a plot line that is easily a two parter but fits it into a 45 minute slot. Kara's origin is quickly told and expanded on with the show's premise neatly in place by the end of the story. I would have preferred a two parter because not only did we see Kara begin to use her powers as a new superhero but we also see what the government is up to, what Kara will be up against each week and who knows her secret, all in a very short time. We also get to see many of the players involved in the series and one has to be reminded mostly of Smallville and it's superpowered freak of the week format.

I have to admit the charming part of the series is Kara and her life and relationship with her sister, co-workers and now all these new people including Jimmy Olsen and a slew of superpowered bad guys. It will be interesting to see how she can get used to her powers and hopefully it doesn't take as long as Clark did in Smallville nor that she gets used to them too quickly. I was less happy with the government and reveal of the bad guys now roaming the streets, potentially working on some master plan and now out to get Kara because her mother was the one who imprisoned them all in the Phantom Zone. 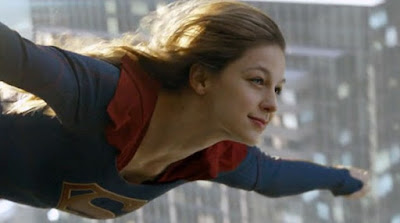 There is a lot to swallow in this pilot but hopefully Supergirl Melissa Benoist captures your interest as the innocent but well meaning woman who wants to make a difference. The strong female characters, Kara, her boss Cat Grant (Calista Flockhart) and her sister Alex Danvers seem to dominate the cast which is excellent. It will be refreshing to see this balance tipped in the female side and hopefully this does not make the show too chick flicky nor that the producers overcompensate and make it tough chickish. There is one scene when Supergirl is in trouble and I just prayed that it wasn't a male that saved her every week and while it was the military, it was her sister saving the day.

I look forward to this show and hope they can handle the super baddie of the week formula because that can get old fast. Benoist looks like she can handle the part.

Suicide Squad vs. Batman - was it obvious that Batman was going to be in this film?  From what I can see from the various clips and photos, this may be my next big DC film that I am looking forward to and that includes Batman vs. Superman!  The film just looks crazy.

Marvel and DC casting - Lots of rumors and such including Chris Pine (Star Trek) going to the Wonder Woman film as potentially Steve Trevor.  Tilda Swinton (Snowpiercer)might be playing The Ancient One in Doctor Strange.  Not so much a casting piece of news but Daredevil, season 2 might be getting the character Elektra. 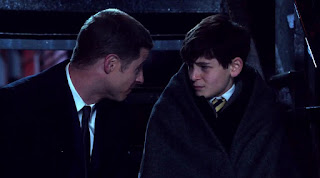 DC Vs. DC – Last time we looked at the scheduling of CBS's Supergirl on Monday nights at 8pm, the same time as Fox's Gotham. For the ratings sake, it is probably a bad idea for both series to be up against one another as they are generally the same comic book audiences. The teaser for Supergirl does point to a different type of show (See my review elsewhere in this article) but one has to imagine that both products might suffer.

DC is also having a mini battle between its television and movie franchises. DC has elected not to connect the two together and so there is The Flash series and a planned Flash movie, something that Arrow star Stephen Amell has issue with.

Probably just sticking up for his fellow superhero co-star, Amell does make a point that DC is now juggling multiple versions of characters and this creates perhaps unfair comparisons and might create confusion for casual viewers. The latest 'issue' is with the character Harley Quinn. The character exists in the DC world, has already been teased in a season 2 episode of Arrow and now headlines DC's movie, Suicide Squad, slated for 2016. Margot Robbie is Harley Quinn and is making waves in the press with various photos from the filming of the movie.

“We had big plans for Harley. But, I guess something came down from DC execs that told us to shut it down. I mean we had that tease with the pigtails and the ARGUS outfit but, we’ll never see it. We would love to have Harley in Arrow, but it will never happen.” 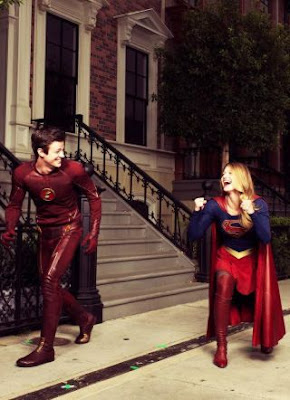 So either DC wanted to unveil the character in their movie and not have the introduction ruined by another version just a few years earlier or there is some other reason going on. Why bother stopping that character when others are probably going to appear in other DC films? One other theory is that Harley Quinn might be used on television for Fox's Gotham and so CW is Harley Quinnless.

This battle between the networks might expand again with CBS getting into the DC world with Supergirl. It would appear that Supergirl will have all new characters or at least characters that are primarily of the Kryptonian/ Superman/ Supergirl type that there would not be any need to overlap. Still, seeing actor Grant Gustin (The Flash) and Melissa Benoist (Supergirl) in this great meeting recently, one would love to see a crossover. It is not unheard of but it will be doubtful.

Even though DC is doing everything right on television, Marvel seems to be more organized and able to keep all their ducks in a row. DC has five series on three different networks and while three of them are connected with crossover, the other two remain separate. The movies will probably make more of a mess than ever. Marvel has three series right now and a fourth coming soon on two networks. All of these series are canon to one another. Again, not sure if there will be a crossover between Daredevil, AKA Jessica Jones, Agent Carter and Agents of SHIELD or the TV characters appearing in the movie franchise but things seem cleaner anyhow. At least until The New Mutants debuts and then who knows.  With that said....... 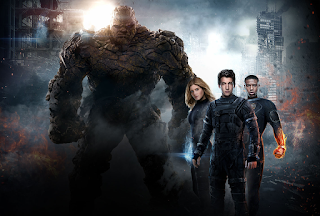 Marvel vs. Marvel – Marvel has its own internal battle with Marvel Studios and Fox on the big screen. Marvel has actually begun to alter the comic versions of The X-Men and Fantastic Four in order to mess with the big screen versions. This excellent article gives you the entire story in a nut shell and really points to how petty this is really.

Can't we all just get along. It is a shame that all of these franchises are not under one entity. If that were the case or at least there was more cooperation as in the case of Sony and Marvel and Spider-Man, imagine seeing any of The X-Men in these films. As the article states, one has to imagine the Inhumans plan for TV and the cinematic universe is their version of mutants of sorts. So not everything is rosy in the Marvel Universe.