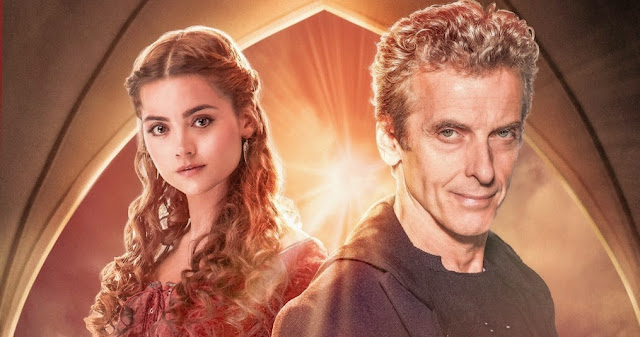 BBC Books have giving out the details for the next batch of 12th Doctor Books that will be out this September.  The 12th Doctor and Clara embark on three more adventures as you can order these from Amazon or from your favorite bookstore. 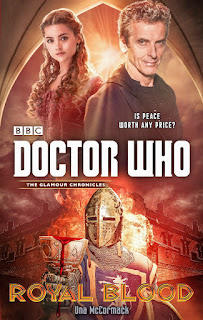 Royal Blood By Una McCormack
The Grail is a story, a myth! It didn't exist on your world! It can't exist here! The city-state of Varuz is failing. Duke Aurelian is the last of his line, his capital is crumbling, and the armies of his enemy, Duke Conrad, are poised beyond the mountains to invade. Aurelian is preparing to gamble everything on one last battle. So when a holy man, The Doctor, comes to Varuz from beyond the mountains, Aurelian asks for his blessing in the war. But all is not what it seems in Varuz. The city-guard have lasers for swords, and the halls are lit by electric candlelight. Aurelian's beloved wife, Guena, and his most trusted knight , Bernhardt, seem to be plotting to overthrow their Duke, and Clara finds herself drawn into their intrigue... Will The Doctor stop Aurelian from going to war? Will Clara's involvement in the plot against the Duke he discovered? Why is Conrad's ambassador so nervous? And who are the ancient and weary knights who arrive in Varuz claiming to he on a quest for the Holy Grail...? An original novel featuring The Twelfth Doctor and Clara, as played by Peter Capaldi and Jenna Coleman.

Big Bang Generation by Gary Russell
I'm an archaeologist, but probably riot the one you were expecting. Christmas 2015, Sydney, New South Wales, Australia Imagine everyone's surprise when a time portal opens up in Sydney Cove. Imagine their shock as a massive pyramid now sits beside the Harbour Bridge, inconveniently blocking Port Jackson and glowing with energy. Imagine their fear as Cyrrus 'the mobster' Globb, Professor Horace Jaanson and an alien assassin called Kik arrive to claim the glowing pyramid. Finally imagine everyone's dismay when they are followed by a bunch of con artists out to spring their greatest grift vet. This gang consists of Legs (the sexy comedian), Dog Boy (providing protection and firepower), Shortie (handling logistics), Da Trowel (in charge of excavation and history) and their leader, Doc (busy making sure the universe isn't destroyed in an explosion that makes the Big Bang look like a damp squib). And when someone accidentally reawakens the Ancients of Time - which, Doc reckons, wasn't the wisest or best-judged of actions - things get a whole lot more complicated... An original novel featuring The Twelfth Doctor, as played by Peter Capaldi. 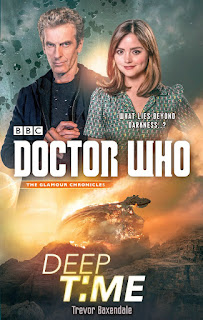 Deep Time By Trevor Baxendale
I do hope you're all ready to be terrified! The Phaeron disappeared from the universe over a million years ago. They travelled among the stars using roads made from time and space, but left only relics behind. But what actually happened to the Phaeron? Some believe they were they eradicated by a superior force... Others claim they destroyed themselves. Or were they in fact the victims of an even more hideous fate? In the far future, humans discover the location of the last Phaeron road - and The Doctor and Clara join the mission to see where the road leads. Each member of the research team knows exactly what they're looking for —but only The Doctor knows exactly what they'll find. Because only The Doctor knows the true secret of the Phaeron: a monstrous secret so terrible and powerful that it must be buried in the deepest grave imaginable... An original novel featuring The Twelfth Doctor and Clara, as played by Peter Capaldi and Jenna Coleman. All titles are published Sept 10, 2015, hardback priced £6.99
Posted by DR5WHO at 8:27 AM